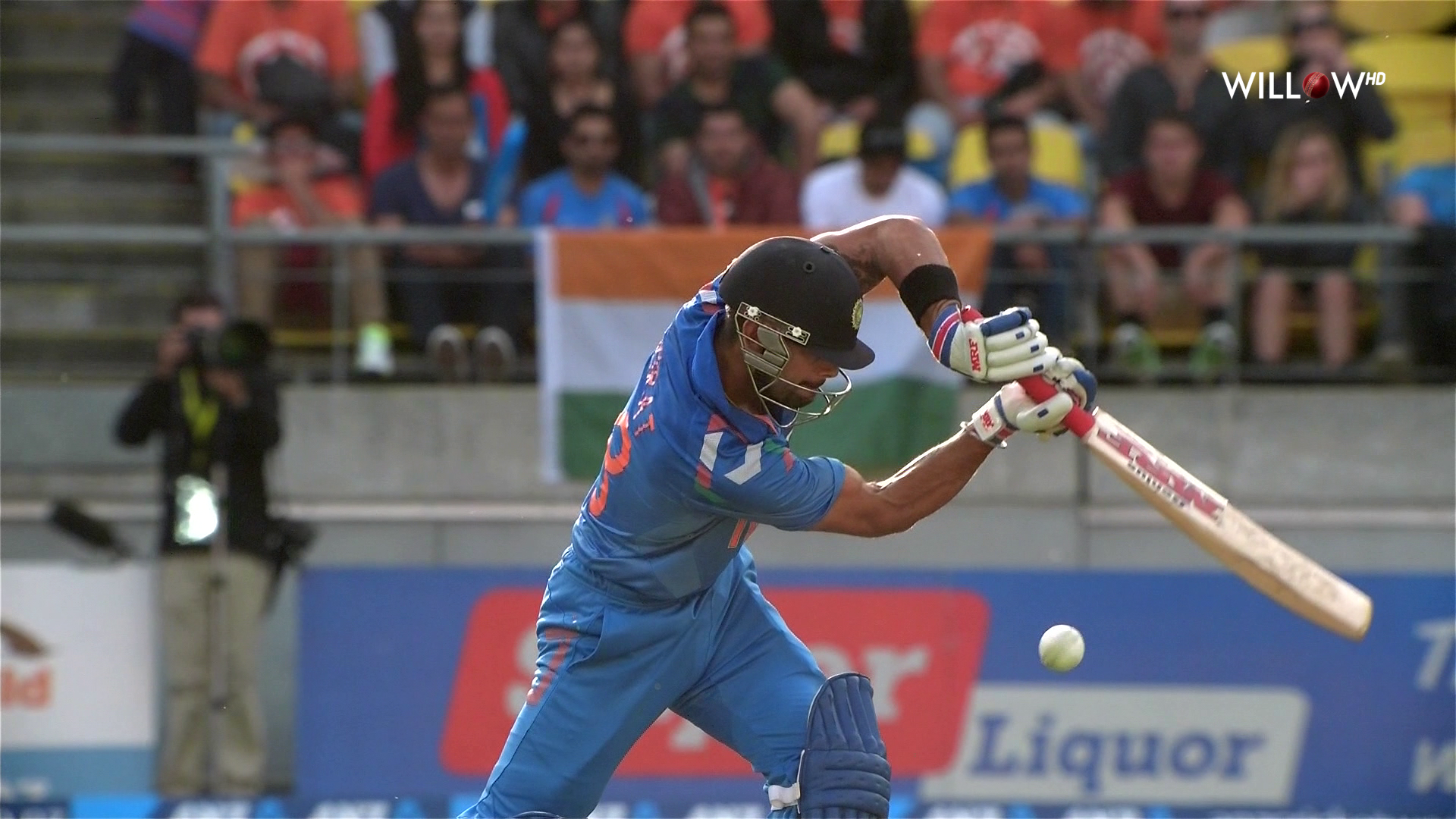 The men in blue are definitely a favorite this World Cup season. Ranked #2, just behind England, it would not be surprising if India won their 3rd World Cup trophy this year. Virat Kohli’s team has the perfect combination of both experienced and younger players. Dhawan and Sharma are a settled top order, Kohli, Jadhav and Dhoni fill in the middle order, and the wicketkeeper-batsman slot went to Dinesh Karthik. What was once considered India’s weakness is now one of the best bowling attack line-ups in the world, with Bumrah, Yadav, Chahal, Shami and Bhuvneshwar Kumar. Bumrah, Yadav, and Chahal rank #1, #7 and #8 respectively in the ICC Top Ten ODI bowlers list. But what ails India? Is it the middle order or a lack of experience? In today’s post, we profile Team India’s current form, strengths, weaknesses, X-Factor and Sling’s predictions for the 2019 ICC Cricket World Cup.

Team India has recently lost three-consecutive series. Two T20 series against New Zealand and one against Australia, with the latter being at home. Leading 2-0 in a five game ODI series against the Aussies at home, we saw an Aussie fightback to a 3-2 series win. The Australians were without the talismanic duo of Steve Smith and David Warner. However, India does not mind these recent losses due to an excellent tour of Australia and New Zealand, where they won everything. First, a Test series win, then a 4-1 thrashing of New Zealand in the ODIs, has seen Kohli’s stock as captain rise. Most players in the Indian World Cup squad should also be especially fit and ready to play due to the IPL.

Team India finally has a complete side for the first time in a long time. We saw the team rely heavily on their batting in the 2011 World Cup which led to their second ever series win. The 2015 squad was batsmen dependent too, with not many experienced bowlers available, but this time not resulting in a win. The 2019 squad has six specialist batsmen including Dhawan, Sharma, Kohli and Dhoni while the bowling department has Bumrah, Yadav, Shami and Chahal. The all-rounder’s spot will be a toss-up between Jadeja and Pandya. Jadeja has been a consistent performer, while Pandya has shined during this year’s IPL. Bumrah and Co managed to take all twenty Aussie wickets in four tests, a first for an Indian team. Shami has the pace, while Bumrah can be crucial in the death overs with his yorkers. Yadav and Chahal can stem the flow of runs, increasing risk for opposition batsmen post the 40th over. Kohli has instilled the never back down from a fight spirit in all his players, which was most recently evident in the Pant-Paine sledging contest. An added strength is the presence of the shrewd MS Dhoni behind the stumps, who will guide the bowlers throughout the game. We can expect to see him lend a hand to Kohli, who should leverage Dhoni’s expertise in high-pressure situations.

The 2015 World Cup saw India sorely miss the services of Yuvraj Singh. Stuart Binny was not an all-rounder and completely disappeared from the scene. This World Cup should see Hardik Pandya play, who has been a constant in the team for the past three years. A strike rate of 116 with a bowling best of 3/31 in ODIs, Pandya can be the missing piece of the puzzle. He can be the attacking partner to play alongside Dhoni in the lower middle order, and can add some useful runs. Kohli can also look to him for bowling overs when he wants to give Bumrah or Shami a break.

Eight of the fifteen who will travel to England have played zero World Cup matches before now, which could cost India a lot during crunch games. The most experienced players are Dhoni and Kohli, who have played 20 and 17 World Cup matches respectively. Unfortunately, the fielding of this Indian team is not adequate, with only Kohli, Jadeja, KL Rahul and Pandya being exceptional fielders. Still, the major problem for India is the number four batting spot, which Vijay Shankar has to fill. A few months ago, it looked like Ambati Rayudu had sealed that spot, but a few bad scores against the Aussies at home unraveled everything. Shankar, who can bat and bowl, has played 9 ODIs, scoring 165 runs and has taken 2 wickets. His ability to take wickets at crucial junctures, as seen in the IPL will be on display during the World Cup. If the top three were to fail, expectations would fall on Shankar and Kedar Jadhav to shoulder the innings.

10,533 runs, an average of 59.51 and 39 centuries. Virat Kohli is the world’s best batsmen in Test and the ODI format. What began as an improbable chase in Australia vs Sri Lanka in 2012, where Kohli scored 133 in India’s successful chase of 321 under 40 overs is now considered routine. The fastest to score 10000 ODI runs, Kohli has led India to victories in Australia and New Zealand in 2019, heralding a new era in Indian cricket. While other captains like Sourav Ganguly have tried to teach the team to think fearlessly, Kohli and Co have actually gone ahead and done that. Ganguly made the ship and ammunition, Kohli rode it bravely and used his ammunitions well. After thrashings in England and South Africa, Kohli led from the front, scoring 123 and 82 in crucial situations versus Australia. The Indian captain will be the opposition’s prized wicket, exposing the relatively inexperienced Indian middle order to conditions in England. Virat Kohli is the mainstay of the Indian batting order, and shouldering the captaincy, the No 3 batsman has his hands full during the World Cup.

This is one of the more unpredictable World Cups we have seen. England, South Africa, India, and Australia are all amongst the favorites to lift the trophy. India has the squad depth and experience to go on to the finals, with the semifinals being a minimum expectation from Captain Virat Kohli. While we cannot predict India’s future at the upcoming World Cup, we are very confident that if the men in blue get to the semifinals,  there is no stopping them from winning the grand title for the third time.