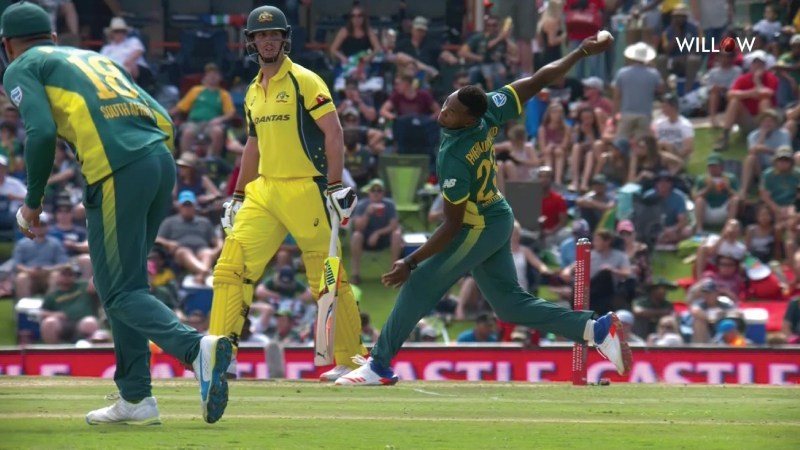 The Cricket World Cup is almost upon us with just a few months left until the quadrennial event begins. The 2015 World Cup had two pools, A and B, with a knockout stage later. The top four of each group qualified, playing a quarterfinal, semifinal and final. This time around, the International Cricket Council (ICC) have tweaked the rules with a round robin format. The ten teams will play each other once, with the top four qualifying for the semifinal. Expect some dazzling round robin games, with an India vs Pakistan clash on the cards. Here are our top 5 matches to look forward to in the round robin format:

The Hosts versus the Chokers. Number one versus number three. See it how you will, but the 2019 Cricket World Cup starts with England’s explosive batting lineup against the pace of Rabada and company. Alex Hales and Jason Roy usually start the innings and provide fiery spells, but they will go up against a fiery Rabada. The swing conditions favor Rabada and he will look to get South Africa off to a good start. Another battle will be South Africa’s struggles against spin bowling. Moeen Ali and Adil Rashid will be raring to go against the Proteas, who traditionally struggle against spin bowling.

England have the upper hand, with conditions and a fiery batting line-up tilting the scales in their favor but South Africa will be eager to brush off their “choker” tag. One of these two teams will definitely make it to the semifinals, barring a major upset by the lower ranked teams such as West Indies or Sri Lanka. The two met at the 2011 World Cup with England winning by 6 runs, while South Africa triumphed in the 2007 World Cup encounter by a whopping 9 wickets. Who will come out on top this time?

The defending champions versus the favorites. India came out on top in the three match ODI series versus the Aussies in Australia, with Dhoni being the major contributor. Australia, being the most successful World Cup team in history with five titles will be gunning for revenge. Two of their main guns, opener David Warner and captain Steven Smith, will return after their one year ban completes in March 2019. They play Pakistan in an ODI series before, thus getting valuable match practice before they take on India.

Australia and India have traditionally struggled in England. Australia lost the Ashes in England in 2015 and India lost the test series 4-1 and ODI series 2-1 in 2018 against England, being comprehensively outplayed in all departments. Who adapts the best to the English conditions is how the winner of this crucial contest will be decided. India have a far superior bowling attack at present, with Australia possessing only Starc, who can be erratic at times. The Aussies enjoy a superior record over the Indians in the World Cup, winning the 2015 semifinal encounter and the 2003 World Cup final. Squashed in between is India’s famous win at the Motera in 2011, which should be an inspiration.

While the first two games had contrasting styles, this match has two teams with similar style. Both rely heavily on their bowling, with their captain to look upto. The 4th semifinal spot will be up for grabs during this encounter. Bowling duos will dominate this encounter. The Kiwis have Boult and Southee, while the Proteas have Ngidi and Rabada.

South Africa can edge ahead of New Zealand in this encounter solely on the basis of their proven middle order experience. David Miller and Jean Paul Duminy are match winners and can be their X factor.  New Zealand have a consistent batsman in form of their captain Kane Williamson, who has scored 651 runs at an average of 59.2 in 2018.

Their previous meeting at the 2015 World Cup saw New Zealand triumph, winning by 4 wickets. This was the highest successful run chase in a World Cup knockout match. But in World Cups, past records don’t matter. Then again, can the Proteas soak the pressure? We wait and watch.

The last game in the round robin game. The semifinal spots will have been decided or this match will decide who goes through. We hope for the latter because the history between these two cricketing nations is immense. Who can forget that 1999 semifinal and the hara-kiri in the last over? Where was the venue back then? England. Who can forget their 2006 encounter where the Proteas chased down 438 in their best ODI game ever.

South Africa have the upper hand in terms of the overall team and ICC ranking. The Proteas are ranked no 3 in the world, while the Aussies languish at no 6. Both have lethal swing bowlers but it’s the batting department where the Aussies fall behind. They should be bolstered by the return of Smith and Warner, but they must be ably supported by their middle order. Can the Proteas finally get their revenge?

The biggest battle of all. India vs Pakistan, cricket’s El Clasico, cricket’s Superbowl and arguably the ultimate match-up across all sports falls exactly on the half way stage of the tournament. All teams would have got an understanding of each other’s form, with this blockbuster of a clash on the cards.  The #2 ranked side versus the #5, Virat Kohli vs Pakistan’s pace bowlers, India’s spinners vs Pakistan’s middle orders. Loads of mini battles in this war which will be played at a great sporting city, Manchester. On current form, Kohli’s India look unbeatable in ODIs, with victories in Australia and New Zealand. Pakistan lost a close series to South Africa by a 3-2 margin. India are unbeaten against Pakistan in World Cups, with wins in 2015 and 2011. Pakistan inflicted a heavy defeat on India in the Champions Trophy final, winning by 180 runs.

Who shall adapt best to the conditions in England? Will it be Kohli or Amir, Azam or Bumrah? 1.5 billion dreams, 1.5 billion hopes rise in expectation of this encounter.