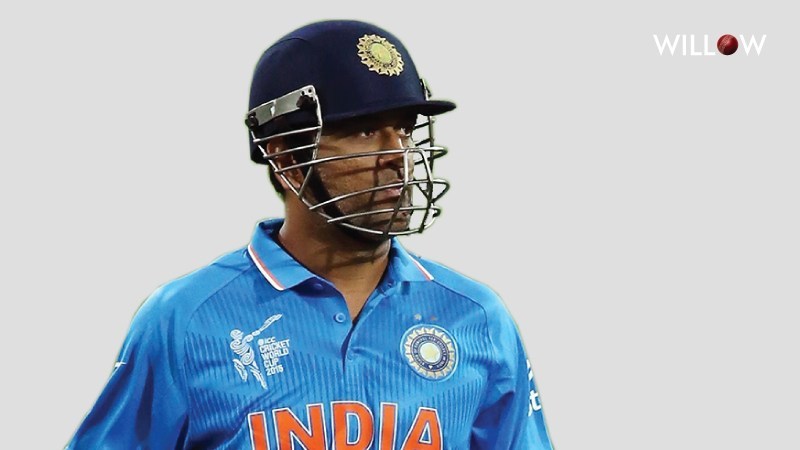 A little less than 100 days remain for the 2019 ICC Cricket World Cup to be played in England and Wales. Defending champions Australia have won the trophy a record five times, with West Indies and India winning it twice. The 2015 World Cup saw many memorable moments, including two double hundreds, that hurricane of a knock by A.B. De Villiers and Starc’s fiery bowling versus New Zealand and India.

We go down memory lane, profiling the top moments of the World Cup, beginning from its inception in 1975:

When India hosted the World Cup in 2011, many expected them to steamroll their opponents in Group B, which included Bangladesh and England. India won their first game vs Bangladesh, and were favorites for a win against Strauss and Co. The Little Master put up a masterclass, scoring 120 with half centuries by Gambhir and Yuvraj Singh. India ended up scoring 338. England captain Andrew Strauss grabbed the bull by the horns and scored a majestic 158, almost leading England to victory. He was trapped in front by Zaheer Khan with the score at 281, with India sniffing a chance. The match eventually ended in a tie, a fitting result for the game.

Who remembers this from the World Cup in the West Indies? A rain hit 2007 World Cup Final saw defending champions Australia take on Sri Lanka. The New South Wales wicketkeeper smashed 149 off 104 balls, propelling Australia to 281/4 off their 50 overs. Rain hit the final, with Sri Lanka managing 215/8, falling 53 runs short of their target. Gilchrist later said he used a squash ball in his glove, with his coach telling him to not grip the bat too much with the last two, maybe three fingers. The extra space gave him room to swing the bat more, leading Australia to a fourth World Cup and third successive one.

The match where the Proteas earned the nickname of chokers. The 1999 World Cup was held in England, with South Africa taking on Australia. They had met previously in a Super Sixes tie, with Gibbs famously dropping Steve Waugh. The Aussie captain went on to score 120, guiding Australia to a 5 wicket win. In the semifinal, the Aussies batted first with their total being 213. South Africa required nine runs off the last over, with Lance Klusener and Allan Donald at the crease. Klusener drove the first two balls for boundaries, with a single run being required off four deliveries. In a catastrophic event for the Proteas, Donald did not hear Klusener’s call and was run out by a mile. Australia proceeded to the final on account of their Super Six win. A tale goes in cricketing folklore of what Waugh said to Gibbs when he dropped the catch: ”You’ve just dropped the World Cup.”

408 runs for 5 wickets in 50 overs. De Villiers smashing 162 versus the West Indies takes seventh place in this list for the carnage on display. The Proteas scored 261 runs in the last 20 overs, and De Villiers now owns the record for fastest 50, 100 and 150 in international cricket. De Villiers added 134 in 12.3 overs with Rossouw as his partner. De Villiers had taken a special liking to the 23 year old West Indies Captain, Jason Holder. Holder had conceded forty runs in his eight overs. By the time he completed his spell, had conceded 104 runs in 10 overs, with that being the worst bowling figures in World Cup history. Take a bow, Abraham De Villiers.

Gibbs has featured infamously in this list for dropping Steve Waugh in 1999, but at #6, he has written himself into history. He became the first man in cricketing history to hit six sixes in one over. He did it against the Netherlands, with the bowler being Dan Van Bunge.

South Africa went on to win the game by 221 runs.

Everybody wanted to be Jonty Rhodes during their childhood. This was the incident which inspired a generation around the world and changed fielding in cricket. South Africa were playing the would-be eventual champions, Pakistan in the 1992 World Cup. Pakistan were chasing a revised target of 194, with Inzamam all over South Africa. The score being 133/2, Inzamam miscued his shot with the ball reaching Rhodes at point. Rhodes in full stride, ran and leaped in the air, breaking the stumps. Inzamam was caught flat footed and Pakistan went on to lose the game by 20 runs. It’s a bird, it’s a plane, It’s Superman   Jonty Rhodes!

It was the Kevin O’Brien show on display versus England in the 2011 Cricket World Cup. A Group B game, many expected England to roll over minnows Ireland, with the English scoring 327/8 in 50 overs. Ireland looked down and out at 111/5, and in stepped O’Brien. He scored a majestic 113 off just 63 balls, with 88 runs coming off fours and sixes. This was the fastest century in World Cup history, only to be overtaken by a certain AB De Villiers later. An understated role in the game was O’Brien’s partner, Cusack, who sensibly rotated the strike and struck two boundaries in the penultimate over.  St Patrick’s Day 2011 may technically have been on 17th March, but it came 15 days earlier due to this win.

673 runs in 11 innings! The Little Master stole the show at the 2003 World Cup, including that mesmerizing 98 against arch rivals Pakistan, which helped chase down 273. The upper cutter vs Shoaib Akhtar is vividly reimagined and remembered by everyone. A crucial knock of 83, combined with two wickets in the semifinals vs Kenya saw India to a first final since 1983. Though he didn’t perform well in the final, this tournament is rightly known as Sachin’s tournament.

A running catch forever changed Indian cricket, culture and even the sport. India were considered minnows in that tournament, but they beat two time champions West Indies in the final, with Kapil Dev leading from the front. Sir Vivian Richards looked in the mood, but he played a short a bit too early, top edging it. Kapil Dev, who was standing at mid-on ran backwards and comfortably took the catch. The West Indies, panicked and the rest is history.

Numero Uno on our list is India’s World Cup wins. A gap of 28 years, 1.2 billion dreams, both wins were against odds. Both captains were integral in India’s World Cup wins. Kapil Dev’s catch in the 1983 final and Dhoni’s match winning knock of 91 in the 2011 Final saw India lift the World Cup. Perhaps the greatest Indian player, Sachin Tendulkar, lifted the cup which was eluding him for so many years. The wins revolutionized Indian cricket and they were a major source of harmony and community building in the country.

Do you remember the famous Ravi Shastri commentary? Dhoni finishes off in style, a magnificent strike into the crowd, India lift the World Cup after 28 years! Remember, remember the 2nd of April.