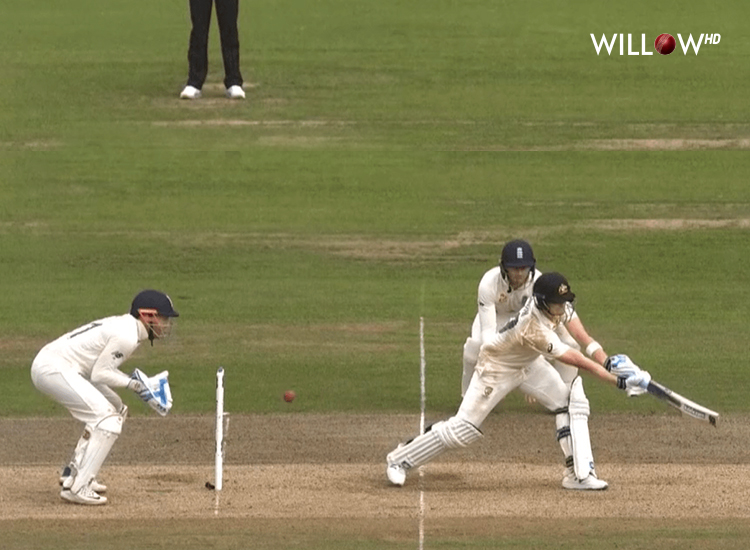 WHATSON SLING INTERNATIONAL CRICKET ASHES: WHAT TO EXPECT
Ashes: What to Expect

The oldest rivalry in the Gentlemen’s Game is on. The 2019’s Ashes trophy, played between Australia and England, commenced on August 1st in Edgbaston, Birmingham. Though England is the ICC Cricket World Champion, Australia beat them by 251 runs in the first Test. England fought back in the second Test but were only rewarded with a draw, but managed to get an unexpected victory in the third due to Ben Stokes heroics.

The Ashes also kicked off the much anticipated Cricket World Test Championship. The current trophy holders, Australia, is in England, defending their title and putting up a tough fight against their hosts.

Three matches are behind us, and the series tied at 1-1 let’s look at what we can expect from the remaining matches.

Disrupting Weather: One of the major issues in England is its weather. The rain washes out many matches played in the country, as we saw in the ICC Cricket World Cup. Sometimes it changes the course of the game like during the second Test when the momentum shifted in favour of the English team, and they managed to pull a draw. The rain also delayed the toss for the third test match by a good 30 minutes and returned soon after the toss was done. At the end of day 1, the Australian side was down by 10 wickets, leaving them with a score of only 179 runs.

Jofra Archer: This Barbadian-born English Cricketer played on the 2019 World Cup winning team and was praised by many for his incredible bowling in the death overs. When Archer was not named in the preliminary squad for England’s 2019 World Cup, Andrew Flintoff said he would drop anyone to have Archer on board. Archer charged ahead and did end up making it to the final 15-man squad, even playing all the matches. When it came time for the super over in the controversial final against New Zealand, Eoin Morgan entrusted him with the ball,  and Archer didn’t disappoint. He made his Test debut in the second match of the Ashes series, after an injury forced him to drop out of the first Test. His first Test wicket was Cameron Bancroft when he grabbed a total of 5 wickets in his two innings. One of his bouncers hit Steve Smith on his neck, giving the batsman a delayed concussion and making it necessary for the team to replace him with South African–born all-rounder Marnus Labuschagne, who scored 59 runs in Australia’s second innings. Archer has a bowling average of 24.73 from 14 matches, where he grabbed a total of 23 wickets. In just his second Test, he already had a 5-wicket haul to his name and only 8 in the third. This 24-year-old is on a roll, evoking fear in his opponents with his fierce bowling and bringing about a dynamic change in the competition.

Australian Batting Mishap: After Steve Smith was ruled out of the second innings of the second Test and the third Test their batting line-up has fallen apart. They somehow managed to draw the second Test but the problems are far from over. With three more Tests to go, the Australian National Team are not looking in good shape. They lost their 10 wickets in the first day of the third Test itself. English paceman Jofra Archer dismantled their batting and took his first five-wicket haul in Test cricket. David Warner did not score much runs in the first two Tests but he did score a half century in the first innings of the third Test. Smith’s replacement has not disappointed though, he managed to score 74 runs to complement Warner when all others failed. Australia’s batting looks in shambles without Steve Smith’s confidence and skills.

Controversy: Cricket’s two best teams hold the oldest rivalry in the game, which is bound to stir up some controversy. Maybe not as much as the Sandpapergate or IPL match-fixing scandals, but controversy nonetheless. After a blistering comeback during the World Cup, Steve Smith and David Warner have been giving convincing performances, which has done much to validate their inclusion in the National side — even though they would need to be included immediately after the one-year ban is lifted, marking the end of a punishment for last year’s ball-tampering scandal in South Africa. The English fans haven’t always been kind; they booed Warner and Smith every time one of them came on-field to play. Similar things happened during the Ashes’ two Test matches. The United Kingdom’s sports minister, Nigel Adams, has requested the fans to avoid such distasteful activities when the players at fault have already been punished and served their time for their involvement in the scandal. Adams said that though Smith is a rival player, and he does not want to see Smith scorie many runs, he could not ignore the fact that this modern day great is mesmerizing to watch and should be applauded — not booed at.

The Australian National Team was looking in excellent form and with high chances of retaining the terracotta trophy and becoming the first team to win the series in England after 2001; but after the incidents of the second Test and Jofra Archer’s impactful debut, plus the amazing show put on by Ben Stokes in the third Test,  their chances have decreased significantly. But if they do somehow manage to win or draw the series, they’ll get to keep the trophy, as per the rules.

What do you think are the chances of Australia retaining the trophy? What impact is Jofra Archer going to have on his team as a whole? Let us know in the comments below!