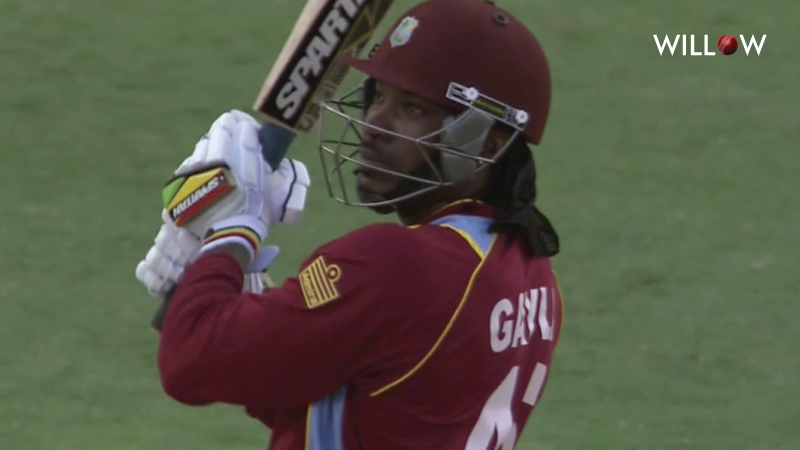 The International Cricket Council ODI rankings as of March 1st 2019 read as follows: England, India, New Zealand and South Africa. With the World Cup being barely two months away, teams are in their final series before the IPL and the World Cup. The Indian Premier League begins on the 23rd of March and ends on the 19th of May, barely 10 days before the inaugural game of the World Cup.  Most teams will want to have a fixed playing XI, with four replacements available. On current form, the favorites are India, England and South Africa. But the World Cup has thrown up surprises in the past. New Zealand did it last time around and Bangladesh upset mighty India in 2007. Which teams have the best probability to cause an upset? Sling TV profiles the three teams who might just cause an upset in the World Cup.

West Indies beat England in the Test Series comprehensively and drew the ODI series 2-2 against the world’s best ranked team. West Indies Cricket, which has had a lot of controversy in the recent past, finally looks like a side capable of beating the best. Chris Gayle, just a year shy of turning 40, is still hammering bowlers all over the park. Ben Stokes was at the receiving end of a Gayle hurricane, where he smashed 162. In his last three ODIs, Gayle has scored 162, 135 and 50. Gayle hits peak form during the IPL, which bodes well for the West Indies. Their batting is complemented by Darren Bravo and Shimron Hetmyer, who have been in good form recently. Bravo has played over a hundred ODIs, scoring 2777 runs in the process. Hetmyer has a very healthy average of 40 in ODIs. Captain Jason Holder, who led his side in 2015 at the tender age of 23, is now more experienced in terms of captaincy. West Indies have two quality all-rounders in Carlos Brathwaite and Andre Russell, who can bowl and bat at a fast pace. Russell has a high score of 92 and bowling figures of 4/35 as his best, which proves he is a valuable commodity all over the world.

West Indies begin their World Cup campaign against Pakistan, who have not found a set playing eleven yet. West Indies might well fancy their chances against the Men in Green. They then take on Australia and South Africa in tough fixtures, where seaming conditions will favor the opposition. West Indies, who last reached the finals way back in 1983, will look to their 2012 and 2016 T20 World Cups for inspiration in this edition. Is it time for celebratory Caribbean dancing all over again?

West Indies hit their highest ever ODI score of 389 against England due to Gayle’s 162. The left-hander, who starts slow in his innings and picks up once the ball is old, is unstoppable. He deals only in fours and sixes, and if West Indies were to cause major upsets in the World Cup, Gayle will be making the headlines.

Winners of the ICC Champions Trophy in 2017, where they trashed India by 180 runs are currently fifth in the ODI rankings. The team, led by Shoaib Malik, fought hard in their recently concluded series against South Africa. They lost the ODI series 3-2 and the T20 by a 2-1 margin. The Men in Green have struggled to form a solid playing eleven, with inconsistency being their constant. They have failed to fill in the all-rounder role after the retirement of Shahid Afridi. This is one role where other teams have excelled, with players such as Hardik Pandya, Andre Russell and Ben Stokes to boot. While Pakistan are having problems with the all-rounder, it is the top three in their batting which has made them look dangerous. Fakhar Zaman has an average of 53 with a best of 210, Imam-ul-Haq has an average of 57 while Babar Azam has an average of 51. If these three were to get going in England, the opposition will be on a leather chase. The bowling, which has Mohammed Amir and Hasan Ali working in tandem, is top notch. The left and right arm bowlers hunt in a pair, so often seen in Pakistan’s bowling of yore.

They begin their campaign against the West Indies, who are having a mini-renaissance of sorts. Pakistan then take on hosts England, whom they tour before the World Cup. Can Pakistan repeat their 1992-style resurgence story in 2019?

Pakistan don’t have a player as an X-factor but rather a department. Their bowling consists of Mohd Amir, Hasan Ali, Shaheen Afridi, and experienced spinners Yasir Shah and Shoaib Malik. In the pace friendly conditions of England, Pakistan will go with four fast bowlers and a spinner, which means Malik will fit into the role of an all-rounder.

Defending champions Australia have lost their invincibility aura, but nobody can rule them out. The five-time World Cup winners did not have batting mainstays Steve Smith and David Warner for a year due to their bans. Australia have a 52 percent winning average under Smith and the right hander will look to banish all demons during the World Cup (assuming he doesn’t cheat again). The Aussies are willing to bend the rules to win so they are a constant threat. Their batting order has Finch and Warner at the top, with Smith at number three. The middle order has Handscomb, Mitch Marsh and Maxwell, who scored a magnificent hundred against India in a recent Twenty20 game. The bowling has Starc and Pat Cummins as the strike pair. Starc, the man of the series in the 2015 World Cup, will be raring to go in conditions which are perfect for him. Cummins, who has taken 65 wickets in 43 ODIs, will be a good foil to Starc. The transition phase of Australian cricket is over, with the World Cup being an acid test for them. Ignoring them at an early stage can prove to be perilous for those teams that choose to mentally prepare that way.

The return of their captain should spur Australia in the World Cup. The 29 year old has played 108 ODIs, and has a healthy average of 41. The biggest factor will be Smith’s mindset. Will he be ready for the challenge and public scrutiny once he returns? Can he overcome his shame? Will he lead Australia to a sixth World Cup title? This World Cup will be one for the ages indeed.