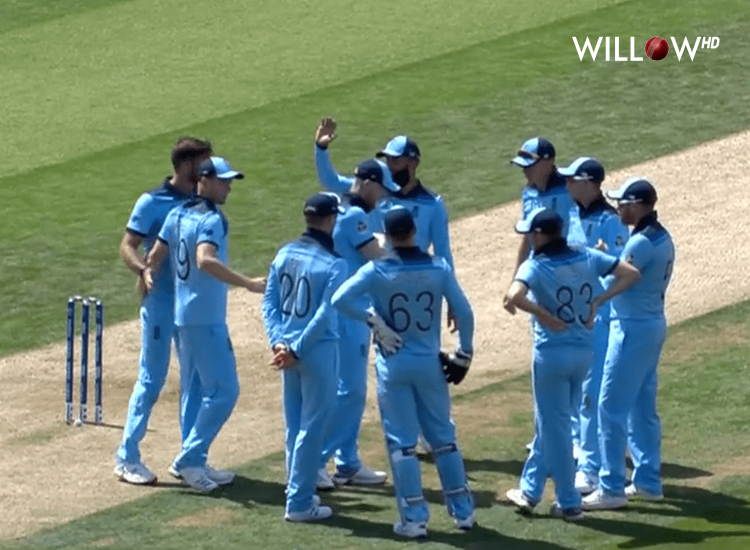 Hosts England began the 2019 ICC Cricket World Cup as favorites, with the hosts being numero uno in the ICC ODI rankings. They have won the series against Australia, beaten Sri Lanka and India at home and were held 2-2 in a five game ODI series against the West Indies. England have the advantage of home turf and a solid team, with genuine all-rounders in the squad. Coached by Trevor Bayliss, the Eoin Morgan led side will look to bring the trophy home for the first time. Their football counterparts reached the semifinals, can they do one better? Is it finally coming home?

England had a mixed tour of the West Indies. They won the T20 series by a 3-0 margin, drew the five game ODI series 2-2 and surprisingly, lost the test series 2-1. They comfortably beat Sri Lanka in all three formats of the game and beating Virat Kohli’s men 4-1 in the test series at home. Joe Root scored 216 runs in 3 games against India, which has the best bowling attack in world cricket. They whitewashed the Aussies 5-0, with a world record score of 481 at Trent Bridge. In this remarkable run, Morgan became the first England player to cross 6000 ODI runs, England recorded their largest win in T20(by 137 runs) against West Indies amongst various records. England are in great form and will look to continue this throughout the world cup.

Bowling has often been England’s downfall in ODIs. They failed to qualify for the knockouts in 2015, losing to Sri Lanka and Bangladesh.  In the game against Sri Lanka, England failed to defend 310. Anderson went for 48 in his 8 overs, Board for 67 in his ten and Chris Woakes for 72 in 10. Woakes went for 64 in the game against Bangladesh, which saw the Tigers win by 15 runs. Cut to 2019, and England have a well-set bowling lineup. In the ODI series against India last year, India’s totals were below 270, a commendable feat considering the Indian batting lineup.  England’s spin twins, Adil Rashid and Moeen Ali have been proven match winners since the 2015 World Cup. Since the 2015 World Cup, no bowler has taken as many wickets in ODI as Rashid (as of December 2017). An economy of 5.5, the leg spinner has taken 130 wickets in 86 games, with his best being 5/27. In the first T20 against West Indies, he had a spell of 1/15, removing the dangerous Brathwaite for a duck. Ali, on the other hand is known for his off-breaks. He has a career best of 4/46, with a highest score of 128 in ODIs. England have their all-rounder in Ali. Chris Jordan has made a comeback into the side and is known for his superb death over bowling.

England’s other strength is the depth in its batting. The only other side to have such depth is India, who have a poor record in England. England have Bairstow, Roy, Root, Morgan, Ali and Stokes in their batting lineup. Sam Curran can hit a few, as seen in VIVO IPL 2019. This side has posted the highest score in ODI history with 481, with the top three in swashbuckling form. Roy has scores of 123,2 and 87* in his last three ODIs, while Buttler hit an unbeaten 110 against Pakistan. Wicketkeeper Bairstow was in superb form for the Sunrisers Hyderabad in the IPL, having scores of 80*,61*, 41, 1,16 and 48 at the top of the order. Joe Root was a man of the series against India, and Morgan can finish off innings.

The only probable weakness England has its inexperience in the pace department. Chris Woakes played in the previous World Cup, while Curran and Willey have an experience of 46 ODIs put together. The most experienced bowler is 34-year-old Liam Plunkett, who has played 81 ODIs over a 14-year period. They have leaked quite a few runs too, notably the 361 against Pakistan recently and the 389 against West Indies. West Indies were 6/301 after 36 overs and came mighty close to pulling off an upset. Woakes conceded a mammoth 91, while Stokes went for 77 in his 8 overs.

Another conundrum for the England management will be the choice of all-rounders to start games. Do they go with a fast bowler in Stokes or a handy spinner in Ali? If the duo starts, who sits out in the top order? Does Sam Curran, a genuine bowler who is handy with the bat?

Alex Hales and Jofra Archer have been omitted from the side. Hales has experience and is known for the fiery starts he provides up the order. In a previous ODI record of 444-3 against Pakistan, it was Hales who smashed 171. Archer is inexperienced but is now known for his death over bowling. He impressed in the IPL, with the slow yorker being his trademark. He took 11 wickets in 11 games for the Royals.

Off-spinner, opening the batting for England, Moeen Ali has done it all. He was instrumental in RCB’s late charge for the IPL playoffs, but it was in vain. He played in the 2015 World Cup, but his off spin wasn’t of any use on bouncy wickets. He averaged 38 while batting and was one of only two players with a strike rate over 100. In England, where the pitches assist spinners, Ali will look for the crucial breakthroughs. He has done so against India (2014) and South Africa (2017) in Tests. The latter was a match winning effort, seeing him take nine wickets. He will look to anchor the lower middle order with his confident batting. He is strong on the leg side, and hits against the spin. If England were to reach the final, they would much obliged to Moeen Ali.