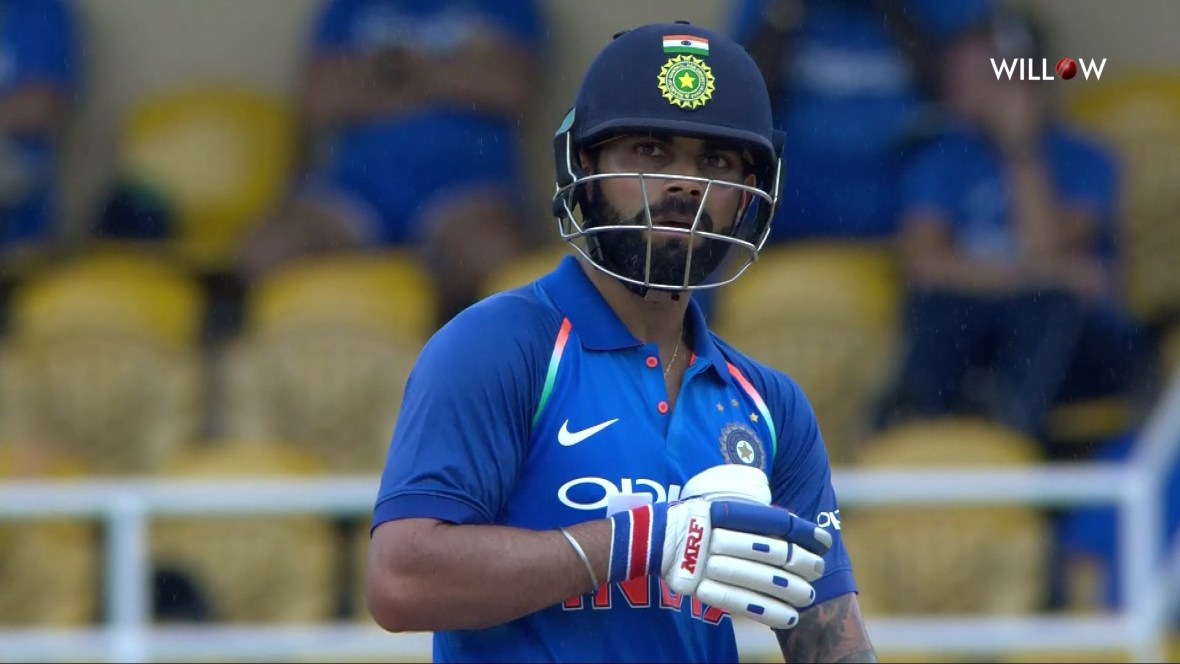 The Indian Cricket Team have successfully completed the double over Australia, winning the Test and ODI series by a 2-1 margin. They also won the ODI series against New Zealand, winning the first three ODIs in the five match series. Virat Kohli’s men have transformed from boys to men, with India shrugging over the tag of being weak travelers. The bowling, considered a weak link in the past, has shown its strength. India took 20 wickets in all four Tests in Australia, outplaying the Aussies comprehensively. The Men in Blue are ranked numero uno in the ICC ODI rankings, and will be looking to win a 3rd ODI Cricket World Cup, which will be hosted by England and Wales. Here are five players who will be crucial to India’s success in the World Cup:

Who is the best batsman in the world at the moment? King Kohli is the convincing answer across all three formats of the game. Who is the best captain? King Kohli again, with his fearless approach and tactful decisions.  The Indian captain is a joy to watch when India is chasing, and is the prized wicket for the opposition. He has recently completed 10,000 ODI runs in only 221 games, faster than Sachin Tendulkar himself. He has become only the fifth Indian to reach 10,000 runs, at an average of 59.50! Kohli has been master of the chase, with the highlights being the 133 not out vs Sri Lanka in 2012 and the magnificent 183 vs arch rivals Pakistan in the same year. He will relish batting in England as the pitches have a lot of grass and offer lateral movement for seamers. Batting in conditions where there is a lot of swing will be a challenge for Kohli, but he has proved himself there in the recent tour of England.

Kohli’s captaincy is astute, with winning percentages of 56 and 74 in Tests and ODIs respectively. Becoming the first Asian captain to win tests in Australia, South Africa and England, the Kohli brand of captaincy is fearless and emotional at the same time. He prefers attack minded players, like Rohit Sharma and Shikhar Dhawan over the likes of Rahane and Pujara. Inputs from a World Cup winning captain in the form of Dhoni will be crucial to Kohli’s mindset and in turn, India’s chances.

Captain Cool, Renaissance Man, Mahi. Call him whatever you want, but Mahendra Singh Dhoni has been through everything for Indian cricket. Critics were calling for his head after his slow starts in ODIs which cost India the game, but the 37 year old is one of the best finishers of the game. A poor 2018 saw Dhoni fail to score a single fifty, but 2019 has seen him back to his best. Three half centuries against the Aussies saw India to a 2-1 win against Australia, with Dhoni carrying India to wins in the second and third ODIs. Who can forget his 91 vs Sri Lanka in the 2011 World Cup? He began his career in a belligerent manner, with the unforgettable 148 vs Pakistan in 2005 and the 183 vs Sri Lanka in the same year. Over the years, he has been known for his coolness in tense situations and finishing games for India and the Chennai Super Kings.

He captained India in 200 ODI games, with a win percentage of 59. He has led India to the 2007 T20 World Cup and the 2011 World Cup, with his name set as one of India’s greatest ODI players. Yuzvendra Chahal mentioned in a recent interview about the insights Dhoni gives from behind the stumps.  Dhoni’s wicketkeeping skills, experience and insights will be crucial to India’s chances in the 2019 Cricket World Cup.

A recent video saw an Australian kid imitate Bumrah’s bowling style. The transition speaks volumes of the quality of Indian bowling over the past 4-5 years. In the early 2000s, everyone used to imitate Brett Lee, Glenn McGrath, but it’s the reverse right now. In 3 years, Bumrah has evolved from the fringes of Indian cricket to spearhead India’s attack. He plays for Mumbai Indians in the IPL, and bowls his famous yorkers in the death overs. He earned his career best figures of 6-33 in the recent series versus Australia, with many labeling his dismissal of Shaun Marsh being the bowl of the summer. A slow yorker saw Marsh being given out plumb in front, with the match turning in India’s favor.

What makes Bumrah so dangerous? The bounce he gets in the death overs combined with the slow ball. Batsmen do not expect short pitch bowling in the death overs, and Bumrah delivers just that. Bumrah consistently bowls over the 140 kmph mark, which is why Virat Kohli prefers him. An economy of 4.44  in ODIs has seen Bumrah rise to the top of the ODI bowlers ranking. His unpredictability in bowling and pace will be crucial to India’s chances in the World Cup.

The top of the Indian batting order is settled. Shikhar Dhawan and Rohit Sharma provide lightning quick starts, with Sharma being the only player to have 3 double centuries in one day cricket. He has played 199 ODIs for India, having scored 7,799 runs. Sharma is often called out for inconsistency in Tests, but it’s in the 50 over format where he excels. He has scored 62 and 87 in the current series against New Zealand, and a 100 versus Australia. He has captained the side whenever Kohli is on rest. Sharma also has 3 IPL titles as the captain of Mumbai Indians. Capable of switching gears post his hundred, Sharma’s main weapon are his wrists. He makes the toughest of shots look easy due to his wrist movement. India will be banking on him in the pace friendly conditions in England and Wales.

Jadeja’s 3/82 in the third test vs Australia turned the series in India’s favor. His quick 81 in the fourth test asserted India’s dominance in the fourth. The all rounder has scored almost 2,000 runs and has taken 171 wickets in ODIs. In comparison, Ravichandran Ashwin has scored 675 runs and taken 109 wickets. It will be a direct battle between Jadeja and Pandya for the all-rounder’s spot. Jadeja should get the nod for his experience and an additional spinner option. Jadeja’s lower order batting experience will also be crucial in conditions which are not spinner friendly in England and Wales.