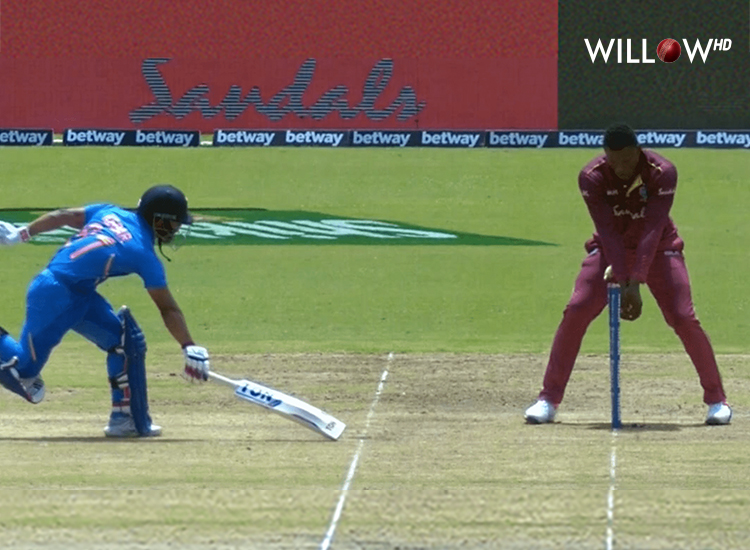 The men in blue led by Virat Kholi have had a good start to their international tour, after a disappointing end to their otherwise amazing ICC Cricket World Cup journey. India defeated West Indies in all Twenty20 International (T20I) and One Day International (ODI) games, except for the first ODI which was abandoned due to rain. With the two test games starting today, we look at a few players who can play an integral part in the Inaugural Test World Cup campaign for their respective teams.

Pant is considered one of the possible replacements for Mahendra Singh Dhoni as a full time wicket keeper/batsman in the team by the selectors. He hasn’t found his big break in the shorter format and has failed to perform up to mark. On the contrary, he has performed better in whites with a test average of 49.71, and his highest being 159*. Since Wriddhiman Saha, a better wicket keeper with more experience that Pant, was called back, there is a lot of pressure on Pant to perform better and prove his worth. To seal his place in the national team he will have to give us an amazing performance in the tests against West Indies and score runs in the limited overs.

Ajinkya Rahane: Having been sidelined in the limited overs, Tests is the only platform for the Mumbai based batsman to make an impact with his bat. He has consistently to find form in this format for the last two years with the national team. He played the County Championships for Hampshire without much of a contribution in the 13 innings he batted. One of the major reasons why he is still with the national team is because of the faith his captain has on his batting skills and can be a real asset if India is struggling with a low score and a loss of their major wickets. He is aware of the faith put on him and needs to score big to keep the goodwill intact. He must make use of the opportunity to the fullest. After being dismissed for 1 in the 1st innings of the practice test match, Rahane scored a much needed half century for the team and will hope to take the same momentum to the Inaugural Test World Cup match.

Ravichandran Ashwin: Ashwin focuses more on the Test and lesser on the limited over format of the game for India currently. He has been the go to person for his captains during the middle over to slow the run rate and pick wickets at the same time. He is equally good with the bat, scoring runs to post a good total when the top order collapses. He has a top score of 124 in Test. He played county cricket for Worcestershire in 2017 and Nottinghamshire in 2019. He had a very successful stint and was consistent with the ball as well as the bat. Ashwin is someone who always brings about a variety in his bowling, a surprise for his opponents. With his stats for the national team and against West Indies in particular, he is a definite threat to the Caribbean team and a player to watch out for.

Cheteshwar Pujara: Pujara is an important asset for the Indian side because of his consistent performance in the red ball game for his team. He had scored a total of 521 runs in India’s tour to Australia with three centuries at an average of over 74. He was also awarded the man of the series trophy for his commendable contribution to his side’s 2-1 series win. Coming at number 3, he is an important wicket for the Indian side. After his century in the practice match, the expectations have increased.

Rahkeem Cornwall: Cornwall has been performing consistently for his domestic side Leeward Islands and well as the West Indies A team. The all-rounder has a total of 260 wickets at an average of 24.43 and 2224 runs in 55 first class matches. Despite being a talented All-rounder his selection to the senior team was delayed because of his weight. A special programme was set up to get the big-hitter in shape. Cornwall definitely agrees that the programme was of immense help and he eagerly awaits his chance to play against India. He is a good option for Jason Holder’s team to play lower down the order.

Kemar Roach: Roach is the brightest bowler in the current West Indies squad. Since his debut in 2009, Roach has hauled a total of 184 wickets in 53 Tests at an average of 27. His grabbed a total of 18 wickets in three Tests in West Indies’ series victory against England.

Given the inconsistency of the Indian Openers, Roach can be very dangerous and his initial breakthroughs will be important for his team. If West Indies are looking to make a comeback and grab the series, Kemar Roach plays an important part in it.

John Campbell: The selectors have decided to drop Veteran Chris Gayle and pick John Campbell instead, showing the changing mentality in the board. His debut against England was not remarkable but held a lot of promise. He failed to convert his good starts to a big score but the selectors have placed their faith in him. With Gayle’s tendency to only play big shots and not run between the wickets, the selectors had to go for young blood who are fit and shall keep rotating the strike to keep the scoreboard running.

Here is our take on the players who can make a difference for their respective teams. Do you agree or do you have a different set of players in mind? Do let us know in the comment section below.