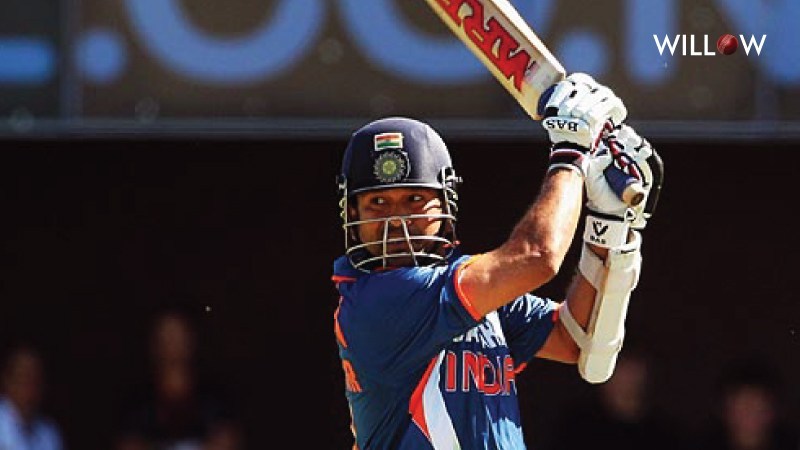 The Men in Blue are hot favorites to win the 2019 World Cup, with Kohli’s men ranked number two in the world. Hosts England are number one, but 9th ranked West Indies are giving them a run for their money in the current ODI series. Kohli has a world class opening pair in Rohit Sharma and Shikhar Dhawan and a world class finisher in Dhoni. The bowling department, considered India’s weak link is now the strongest in the world, with an outstanding show in Australia. Bumrah, Chahal, Yadav and Shami have the firepower to take 10 wickets. Can India go all the way? We sure think so and here are our five reasons why:

Beating Australia in their own backyard, winning the Test and ODI series is no mean feat. The Indian batsmen have clicked at the right time, right from the top order. The Sharma-Dhawan partnership have played 96 innings, with 4318 runs scored between them at an average of 45. Right handed Sharma has two centuries and three half centuries in his last 10 ODI innings. India’s number three is the best batsman in the world at present, Virat Kohli. Kedar Jadhav, Dinesh Kartik or Ambati Rayudu and all-rounder Hardik Pandya prop up the middle order. Who can forget that Kartik six on the last ball for the Nidahas Trophy versus Bangladesh? Rayudu scored 90 in the last ODI versus New Zealand, leading India to a 2-1 series win. The last recognized batsman is the 37-year-old star, MS Dhoni. The wicketkeeper batsman scored 3 successive half centuries versus the Aussies, with a 2-1 win for India in the ODI series. All of the above have proved themselves, winning matches single-handedly in tough conditions. Backups in V. Shankar and Shubham Gill are useful but they fall short in experience. The seaming conditions in England will be a huge test for the Men in Blue, who have the experience to go all the way in the 50 over format.

10,533 runs, an average of 59.51 and 39 centuries. Virat Kohli is the world’s best batter at the moment, in Tests and the fifty over format. What began as an improbable chase in Australia vs Sri Lanka in 2012, where Kohli scored 133 in India’s successful chase of 321 under 40 overs, is now considered routine. The fastest to score 10,000 ODI runs, Kohli has led India to victories in Australia and New Zealand in 2019, heralding a new era in Indian cricket. While Sourav Ganguly got the odd victory and got the team to think fearlessly, Kohli and Co have actually gone ahead and done that. Ganguly made the chariot and Kohli rode it bravely. After thrashings in England and South Africa, Kohli led from the front, scoring 123 and 82 in crucial situations versus Australia. The Indian captain will be the opposition’s prized wicket, exposing the relatively inexperienced Indian middle order to conditions in England. Virat Kohli is the mainstay of the Indian batting order, and shouldering the captaincy, the No. 3 batter has his hands full during the World Cup.

Bowling, which for so many years has been considered a weak link in India’s armor, is now one of their strongest departments. The spin twins of Chahal and Yadav, Bumrah’s inswinging yorkers and Shami’s pace have made them a fearsome bowling unit.  Managing all 20 wickets in the Tests versus Australia, this unit is not afraid of any opposition and will be raring to go in the bowler friendly conditions of England. Bumrah, an unknown product until the IPL, is known for his excellent death-over bowling. The Ahmedabad born bowler has a strike rate of 28 in ODI’s with a career best of 5/27. Shami, since returning from injury has complemented Bumrah well, taking on batsmen with bouncers and pitching the ball in the corridor of uncertainty. The spin department is taken care of by Yadav and Chahal. Yadav, the first Indian cricketer to deliver chinaman bowling has turned out to be a revelation. In his only Test match in Australia, he took five wickets for 99 runs. Either Yadav or Chahal will make the team, with Yadav in for his handy batting skills.  This bowling unit has pace and trickery, but how Virat Kohli utilizes his bowlers is a factor to watch out for during the World Cup.

Post the 2015 World Cup, the Men in Blue were experimenting with their middle order, playing Manish Pandey, KL Rahul and Yuvraj Singh in various positions before settling on Rayudu, Kartik and Jadhav. Rayudu has got his IPL form into the one-day game, with Kartik replicating his Tamil Nadu success for the national team. While one of them may drop out for an all-rounder in the form of Hardik Pandya, there is no doubt in the ability of this middle order. An anchor in the form of Mahendra Singh Dhoni is formed, while one can go hammer and tongs, Dhoni can calmly rotate the strike. All three have been in decent touch, scoring half centuries for India and forming partnerships with MSD. India’s middle order came a cropper in the 2015 semifinal, particularly after Kohli was out for 1. This time around, India have won the series in Australia and are better prepared and more focused.

The 2015 World Cup saw India sorely miss the services of Yuvraj Singh. Stuart Binny is not all-rounder material and has disappeared from the radar completely. This World Cup should see Hardik Pandya play, who has been a constant in the team for the past three years. A strike rate of 116 with a bowling best of 3/31 in ODIs, Pandya can be the missing jigsaw in the puzzle. He can be the attacking partner while playing alongside Dhoni in the lower middle order and can add some useful runs. Kohli can look to him for breakthroughs or if he wants to give Bumrah or Shami a break. Pandya is our fifth reason and India’s fifth bowler who can bring home the World Cup a third time.