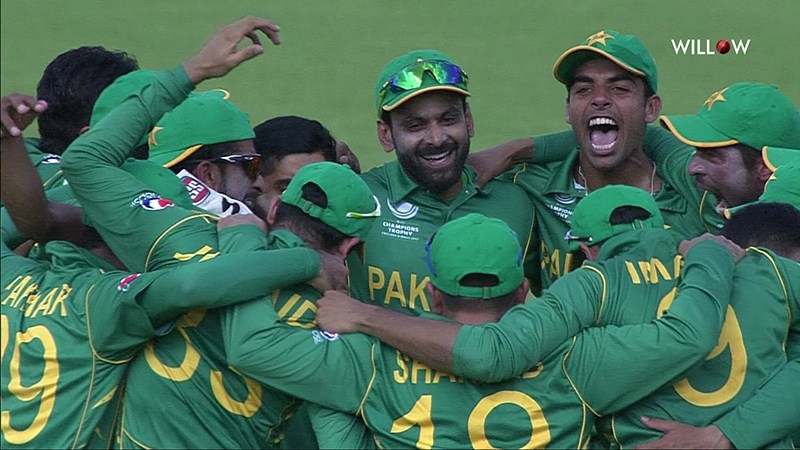 That’s the score line from the nineties etched into the memories of anyone who has experienced the most intense rivalry in cricket, or perhaps, of any sport. For those in India, it was a reason for despair as we saw our top-order, comprising of the mighty Sachin Tendulkar and round robin of men who could barely hold a bat, often blown away by the two Ws. I am certain that on the other side of the border these occurrences brought joy as the Pakistani bowling dominated the Indian batting time after time, except in those famous cricket world cup encounters. The conditions didn’t matter and the circumstances didn’t matter. Be it Lahore, New Delhi, Karachi, Chennai, Toronto or, perhaps most frequently, Sharjah. Oh Sharjah! In-dipping yorkers from Waqar and reverse swinging deliveries from Akram on those warm Sharjah evenings continue to inflict some pain, even 20 years later.

Due to reasons beyond cricket, the two countries don’t play each other as often and the encounters are now confined to global competitions. But when they do meet, as it happened in the recent Asia Cup, it is hard to tell if it is the same rivalry where an impending swing test from one team used to give nightmares to the other. It is testament to both – India’s dominant batting, comprising of the most prolific top-3 in ODI cricket, and the gradual but definite decline in Pakistan’s swing bowling stocks. The gulf between the two teams have expanded to the point of one-sidedness. Now, the most ardent Pakistani supporters will bring up the Champions Trophy 2017 final, where the current Pakistani bowling made easy work of the all-conquering Indian batting machine. But, was that a rule or an exception? Contemporary cricketing knowledge suggests that Virat Kohli failing in an important chase is an exceptional event. But what about the most recent cross-format white wash that Pakistan has inflicted on Australia? To that I would say – Is that more of a Pakistan’s win or Australia’s loss? This was an Australian line-up caught completely off-guard in alien conditions, without 2 of their best players, facing a more than handy spin attack led by Shadab Khan. It has been some time since a Pakistani pace attack has won them matches against a competent batting unit.

There are good reasons…

…for this dearth of fire in Pakistani pace bowling attack. Pakistan had banked heavily on two of its premiere fast bowling talents from the last few years: Mohammad Amir and Hasan Ali. Both of them have run into an extended slump and have rightly faced the axe at different times. The case of Mohammed Amir is especially disheartening. He is cut from the same cloth of rich fast bowling heritage that Pakistan has treasured for long. However, since his return to international cricket after a five-year ban, he has seldom shown the guile and menace of his 17-year old self. In the last two years, he has bowled spells that were memorable – T20 World Cup in 2016 and, again, the Champions trophy final against India comes to mind. However, he is neither as consistent nor as crafty with the swing as he was in 2010. Expect him to make a strong comeback by finding back his mojo, but for now Pakistan will have to work without his services.

In these times, the rise of Mohammad Abbas has been a refreshing sight. His short career has already placed him with a select few who had a similar extraordinary start to their international careers. However, a number of his match-winning spells have come against batting line-ups either lacking quality or familiarity with conditions. How he fares against the batting powers of England and India remains to be seen.

A prodigious swing at a breath-taking pace is one of the most beautiful sights in all of cricket and Pakistanis have traditionally been leading exponents of it.  A strong pace attack is crucial to Pakistan’s chances at the next cricket world cup in 2019 and maybe that’s the motivation they need to perform like they did in Sharjah last century.

Watch the Indian cricket team battle Australia live next on Sling TV on November 21 with the India vs Australia cricket series. Both India and England will participate in the 2019 ICC Cricket World Cup, which will also stream live on Sling TV starting May 30, 2019.