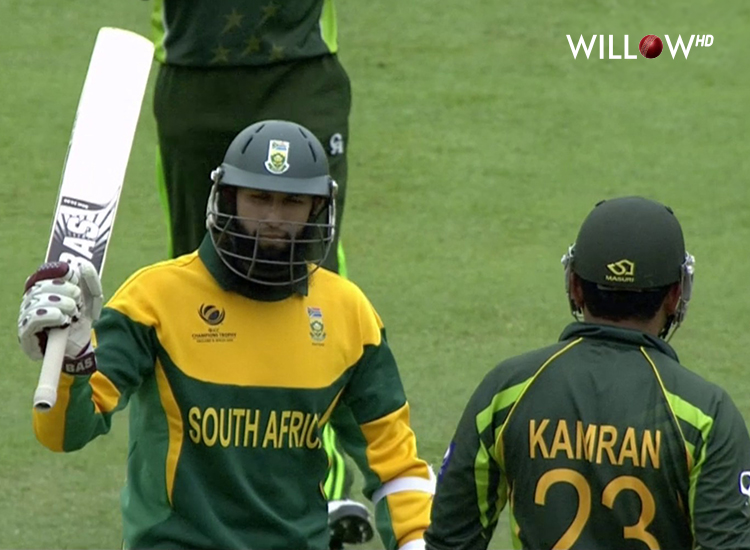 Controversy hasn’t strayed far from cricket’s biggest tournament. While the previous few tournaments did not have any controversial moments, 2007 and 2003 saw a few. Pakistan coach Bob Woolmer died under controversial circumstances, the final was played in near dark while the 2003 edition saw security concerns and protests. India and Pakistan saw some animated gestures too in 1992 between Javed Miandad and wicketkeeper Kiran More. The image of Miandad jumping up and down is now iconic. Sadly, enough, the umpires couldn’t understand what had transpired between the duo due to language differences. Here are five controversial moments from the Cricket World Cup:

Led by captain Inzamam-Ul-Haq, the Pakistani team has been bowled out for a below par 132 against first timers Ireland in the 2007 Cricket World Cup. Their top-scorer? Wicketkeeper Kamran Akmal with 27. Rain fell, and the Duckworth Lewis method was brought into play. Ireland were set a revised target of 128 from 47 overs. Neil O’Brien’s 72 saw Ireland progress, and Pakistan crash out. On 18th March, a day after Pakistan was knocked out of the tournament, coach Bob Woolmer was found dead in his hotel room in Kingston, Jamaica. The police launched an investigation, due to a pathologist reporting that Woolmer had died due to asphyxia or manual strangulation. But then a later investigation found out that Woolmer had died due to natural causes, with reports suggesting that he suffered from an enlarged heart and diabetes, which may have contributed to his death. A jury in November 2007 gave an open verdict, which meant that Woolmer might have been murdered. Cricketers Clive Rice and Ian Chappell have said on live television that Woolmer may have been murdered by a larger crime syndicate. A dark day in cricketing and World Cup history, the mystery surrounding Woolmer’s death hasn’t been solved yet.

Under the former president of Zimbabwe, Robert Mugabe, the African nation slide into authoritarianism. In response to Mugabe’s rule, there was large social unrest in the country in 2003. A group called the Sons and Daughters of Zimbabwe warned the English team, “Come to Harare and you will die.” The English Cricket Board (ECB) cited security concerns for the game, even though the ICC mentioned that their fears were unfounded. Abandoning the game saw Nasser Hussain and Co lose points. England were knocked out in the first round itself, which saw Zimbabwe profit after their game against Pakistan was abandoned due to rain.

A second refusal to play came again in the 2003 World Cup, this time concerning New Zealand and Kenya. A suicide bombing killed 16 people in an attack in the Kenyan city of Mombasa, propelling fear amongst the New Zealand national team. New Zealand and England had voted in favor of transferring the game but the Netherlands, who were playing Zimbabwe in Bulawayo abstained from voting. Kenya went on to beat Sri Lanka, who weren’t helped with a bout of food poisoning to boot. The Kenyans went on to reach their maiden semifinal in the 2003 World Cup.

The semifinals of the 1992 World Cup saw South Africa take on England at the Sydney Cricket Ground. The tournament at the time had an archaic rule. It said that in rain affected matches, the overs for the team batting first which were least productive were not to be counted. England finished their innings at 252/6 from 45 overs, with the innings being stopped due to slow over rate by the South Africans. The Proteas had to score 253 from 45 overs, which was unfair to England at the time. If the Duckworth Lewis method was used at the time, South Africa should have been set a revised target of 274 from 45 overs. South Africa were 231/5 after 42.5 overs when rain stopped play. They required 22 runs off 13 balls to progress to their very first final. If the original target was 253, they should have had to score three runs off one ball. The actual reality was quite bizarre. South Africa now required to score the remaining 22 runs off a single delivery. They only had themselves to blame for the slow over-rate that they maintained. The rules were not clearly stated nor thought through, which sees this controversial exit of the Proteas at number three on our list.

The 2007 World Cup in the West Indies had its fair share of controversies. Bob Woolmer’s mysterious death, a two-month long tournament, too much travelling and expensive tickets saw the tournament as one of the worst in recent memory. Even arch rivals India and Pakistan were dumped put early, nullifying all high voltages in latter stages of the competition. The tournament came to its knees in its finale. Sri Lanka were taking on defending champions Australia in the final. Rain delayed the start at the Kensington Oval in Barbados. The ground did not have any floodlights, meaning darkness would set in during the second innings. After Adam Gilchrist’s blazing 149 helped Australia to 281 from 38 overs, the officials wrongly mentioned that the game would have to be played the next day. Sri Lanka convinced officials to continue the game on the same, with the cutoff point being called for. Sri Lanka finished at 215/8 after 36 overs, which saw the Aussies lift the trophy. A shambolic final to a badly organized tournament.

An iconic cricket ground in India and in world cricket, the Eden Gardens has seen many a Indian victory here. Ranging from the 2001 test vs Australia to Rohit Sharma’s world record of 264, the ground is known for its passionate supporters. A dark day in Indian cricketing history was the 1996 World Cup semi final vs Sri Lanka. Sri Lanka had a wobbly start but recovered to score 251 in their stipulated 50 overs. India were going great guns at 98 for 1, with Sachin Tendulkar on 65. The Little Master was stumped, which saw India crumble to 120/8. The crowd was furious, which saw them light fires and throw bottle onto the field. Match referee Clive Lloyd appealed on the pitch to maintain calm, but this was to no avail. He awarded the match to Sri Lanka, who then won the World Cup.