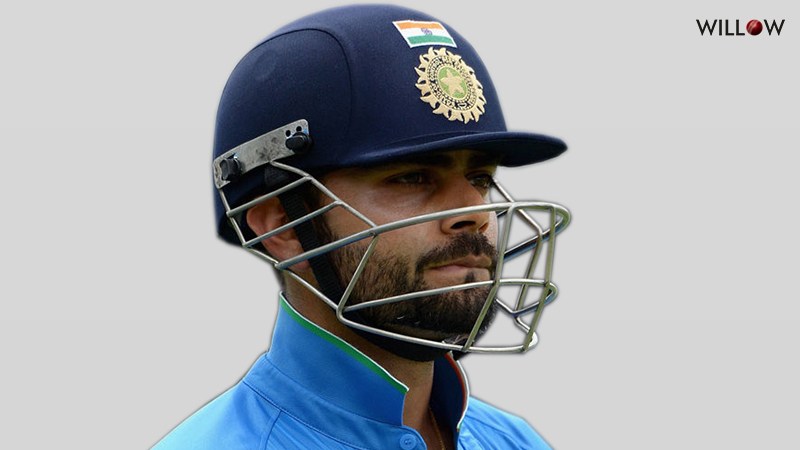 India’s much anticipated tour to England has ended and I was enthralled throughout.

However, nothing calls out to the purist more than test matches and that’s what I’m going to focus on in this article. The final score line (4-1) is worse than that of the 2014 debacle.

What makes this a particularly bitter defeat for India is the fact that the Indian attack on this tour was easily the best of all the attacks that India has fashioned on foreign tours in the last 18 years.

So, let’s take a minute to understand why the series panned out the way it did and what we learned from it:

1) Batting in seaming conditions is very hard: Let’s start with the obvious: seam and swing were the defining forces in this series. Batsmen from both sides found batting against the Duke ball extremely difficult whenever that famous English cloud cover hovered over the grounds. Even Lords, usually a respite for the touring teams, dished out extreme swinging conditions after rain on the first day. Batting under clouds in England remains the ultimate challenge, along with facing high-quality spin on a 5th day pitch in the subcontinent.

2) Virat Kohli is, singularly, the best batsman in the world: This tour was in some ways the last frontier for Virat Kohli as a batsman. He had a horrid time in 2014 and was determined to set the record straight. And boy, did he set it straight. He now has an average of 65 runs, two centuries, three fifties and two hundred-plus more runs than any other batsmen from either side. Virat Kohli has officially distanced himself from the other members of the famed Fab Four of international cricket to emerge as the best batsman in the world. His hunger for supremacy and drive to be the best is unrivaled.

3) England won the moments that mattered: In four out of five matches, India was ahead or at-par at the half way mark but still ended up losing the series comprehensively. Why? That’s because England grabbed the important moments and successfully turned the tide, just when it mattered. Be it changing the momentum of the game through a lower order defense led by Sam Curran or be it dismantling the Indian top order while defending a small target, England consistently showed character, understanding of home conditions and belief in their abilities, and were rightly rewarded with the Pataudi trophy.

4) Kohli is vulnerable as a captain: While Kohli the batsman shined, Kohli the captain comes out of this tour with his reputation slightly scarred. At various times, Kohli gave away the advantage his pace bought him and he seemingly lacked the imagination to open doors against the English lower order. He was often hurried into decision-making and impatient with his attack. The most eye-catching evidence of this was his abysmal record in DRS reviews. What made matters worse was the fact that his opposite number, Joe Root, demonstrated creativity in field placements and effective management of his ageing fast bowlers despite having an exceptionally poor series with the bat himself. Kohli, clearly, still needs the mentorship and flow of alternative ideas that Dhoni seems to provide him in limited over formats. However, he is not going to get that from Ravi Shastri or Ajinkya Rahane. Then again, whose fault is that?

5) Early signs of England’s generational transition don’t look promising: Yes, England won fair and square. One of their all-time legends retired in a fairy-tale manner that few before him have experienced. But substitute James Anderson and Stuart Broad with any two bowlers from the English bench and I’m not so sure that the resulting outfit would still beat India. On top of that, the Alastair Cook-sized hole at the top of the batting order, and you are looking at a side lacking an established opening pair, an undefined number 3 and a primary run-maker struggling to balance his scoring and captaincy duties. These are not the ingredients of world-beating teams. Unless England can unearth some serious talent hiding in their ranks, their impending generational transition looks long and painful.

6) India now has stronger bowling than batting in foreign conditions: This might just be the first time since the debut of a certain Sachin Tendulkar that bowling is actually India’s stronger suit. The cherry on top is that India’s best bowler in seaming conditions, Bhuvneshwar Kumar, missed out due to poor injury management. Shami and Ishant bowled memorable spells at different times. Umesh and Hardik provided able support when called upon. Most impressively, Jasprit Bumrah established himself as a proper test-match quality bowler, providing unmatched pace and variety to the Indian attack. The batting train, however, went in completely the opposite direction. The most successful batsman from the last tour, Murali Vijay, bagged a pair at Lords and was rightfully dropped. The two openers who retained their positions hardly played any better. KL Rahul’s failure to adjust his game, until the very last test match, is especially disheartening. Pujara and Rahane played potentially match-winning knocks at different times but lacked consistency to truly change the course of the series. Hardik and Karthik simply didn’t show up as batsmen. Pant made an impact only in the very last innings of the tour. If India truly desires to replicate the overseas success of the 2000s, then despite what Ravi Shastri believes, they need a more collective effort from their batting unit. Kohli alone cannot be the Sehwag, Sachin and Dravid of this batting line-up.

7) Test match cricket continues to be a spectacle (conditions apply): Despite what the score line suggests, this has been a closely-fought, engrossing and exciting series. Skills and temperament at display were of the highest quality at different times. Kohli vs Anderson was a battle for the ages. Sam Curran looks like an exciting all-round prospect for years to come. But most importantly, the quality of the gameplay was matched by the enthusiasm of the crowd at all venues. English cricket, battling unpopular broadcasting arrangements and competing with other sports for a younger audience, is still in good health as long as the right combination of conditions, surface and fixtures are provided to its large and passionate followers.

Watch the Indian cricket team battle Australia live next on Sling TV on November 21 with the India vs Australia cricket series. Both India and England will participate in the 2019 ICC Cricket World Cup, which will also stream live on Sling TV starting May 30, 2019.