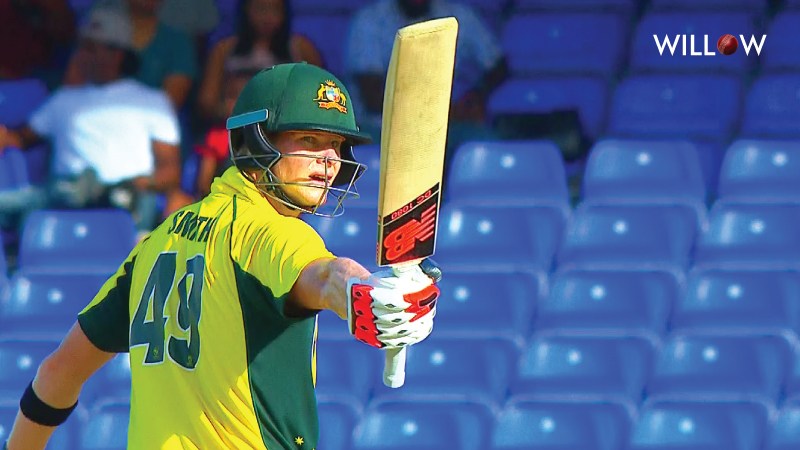 Who shall lift the coveted trophy on the 14th of July? Will it be defending champions Australia, or will India lift it for the second time? Ten teams vie for the ultimate prize in cricket, which will be played in the bowler friendly conditions of England and Wales. Who can make a difference for their team in the World Cup? Will they deliver with their golden arm or will they answer their critics with the willow? Sling TV lists 10 players to watch out for this World Cup!

For the Black Cats to repeat their 2015 run to the final, much would depend on their captain, Kane Williamson. Ranked 11th in the ICC rankings, the right-handed batsman has already scored 487 runs in 10 innings this year at an average of 41. Like the Indian captain Kohli, much of New Zealand’s batting firepower comes from Williamson, who is third to bat. He has a 53% win record – a total of 34 wins. A no-nonsense batsman, Williamson calculates risk, and plays simple cricketing shots. Much of New Zealand’s fate would rely on his willow and mind if they are to win a first World Cup.

Now that De Villiers has retired, the focus on South African cricket has shifted from batting to bowling. Faf Du Plessis’s trump card will be Kagiso Rabada, the 23-year-old fast bowler who has already taken 176 wickets in 37 test matches since his debut in November 2015. His ODI debut against Bangladesh saw him finish with figures of 6/16 – the best bowling figures of all time on ODI debut. Ranked fifth in the ICC bowlers’ rankings, Rabada is the main focal point of the South African attack.

Why Rabada? He has the pace and swing to trouble opposition batsmen in bowler friendly England. In the test series versus England in 2017, he took 3 five-wicket hauls in six innings. Rabada also possesses the ability to reverse-swing the ball against the direction of the seam, making him a genuine threat in England.

Who is the best batsman in the world at the moment? King Kohli is the convincing answer across all three formats of the game. Who is the best captain? The Kohlinator, with his fearless approach and tactful decisions.  The Indian captain is a joy to watch when India is chasing and is the prized wicket for the opposition. He has recently completed 10,000 ODI runs in only 221 games, faster than Sachin Tendulkar himself. He has become only the fifth Indian to reach 10,000 runs, at a remarkable average of 59.50. Kohli has been the master of the chase, with the highlights being the 133 not out vs Sri Lanka in 2012, and the magnificent 183 vs arch rivals Pakistan in the same year. He will relish batting in England since the pitches have a lot of grass and offer lateral movement for seamers. Batting in conditions where there is a lot of swing will be a challenge for Kohli, but he has proved himself there in the recent tour of England.

This will be the last time we will see Christopher Henry Gayle in action, as the left hander retires from ODI cricket after the 2019 Cricket World Cup. Gayle, who is 39, is still hammering bowlers all over the park. Ben Stokes was at the receiving end of a Gayle smash total of 162. In his last three ODIs, Gayle has scored 162, 135 and 50. Gayle hits peak form during the IPL, which bodes well for the West Indies. West Indies hit their highest ever ODI score of 389 against England due to Gayle’s 162. The left-hander, who starts slow in his innings and picks up once the ball is old, builds up to incredible momentum. He deals only in fours and sixes, and if West Indies are to cause major upsets in the World Cup, Gayle will have to make the headlines.

The numero uno ranked all-rounder in World Cricket is only 20 years old. He has already played 57 ODIs for Afghanistan, scoring 782 runs and having career best figures of 7/18. Afghanistan, playing in only their second World Cup, are not expected to cause any upsets but much of their form depends on Khan. His major weapon is the googly, which often foxes well- set batsmen. Bought for 4 crores by the Sunrisers Hyderabad in the IPL, Khan is often useful with the bat too. If Afghanistan are to perform beyond expectations, Khan will be expected to bring it.

An unknown player until 2015, Bumrah burst onto the scene due to the calmness he brought in the death overs for the Mumbai Indians. The pinpoint yorkers and the amount of bounce the 25-year-old can generate is why many youngsters are copying his style of bowling. Ranked number one in the ICC ODI Rankings, Bumrah was excellent in the recent Australian tour, where he took 6-33 in the Melbourne Test and saw India to a win. In bowler-friendly conditions, Kohli will look to his main strike bowler for wickets, which Bumrah’s unerring calmness can bring in the most tense overs.

The Proteas captain will want to shake off the chokers tag in the 2019 World Cup. An average of 46 in ODIs, Faf Du Plessis will play without pressure as South Africa are not considered favorites for this World Cup.  His batting position is similar to that of Williamson and Kohli, and at third rank, he comes in to strengthen the batting. He became the first ever captain to beat Australia in all three formats of the game in Australia in November 2018. South Africa play the opening game of the World Cup against hosts England, and much will be revealed when Faf leads this South Africa side on the world’s biggest cricket stage.

Player of the Series in 2015, the left arm bowler will spearhead the Aussie attack in England. Steve Smith will return after his ban, with Starc his main strike and go-to bowler. He has taken 145 wickets in 75 ODIs, with a career best of 6/28. His in-swinging yorkers are among the best in the business. He can reverse swing in the latter stages of the game, which sets him apart. Rested for the recent series against India, Starc will also not play in the IPL. Expect a raring-to-go Starc going full throttle in England.

The captain returns. Will it be a comeback for the ages? Will Smith redeem himself after a year in the wilderness? Much remains to be seen as the Aussie captain will take over from Finch for the 2019 Cricket World Cup. Winning 52% of the time over a period of three years is the definition of consistent in the cricketing world. Smith comes in, as the best batsmen are wont to do, third in the batting roster and it will be dangerous for opposition teams to take him lightly.

Braithwate’s thrashing during the 2016 T20 World Cup Cricket Final helped Stokes grow significantly. A genuine all-rounder, he leans ever-so-slightly into the batsman camp. Hosts England, who are ranked first in the ODI rankings, will depend heavily on Stokes to deliver crucial breakthroughs and some hungry batting towards the end of the innings. He forms important partnerships with Buttler and Ali, propelling England towards more than just respectable totals. Can England lift the World Cup at home? The last two Cricket World Cups have seen the hosts winning it, and if it is going to happen again, we’ll be hearing Stokes’ name often during the tournament.

Enjoy the freedom of no long-term contract and FREE 8-Day Replay, making your favorite team’s match coverage available for 8 days after they air. Tune in to the top cricket channels Willow HD and WillowXTRA, starting today.