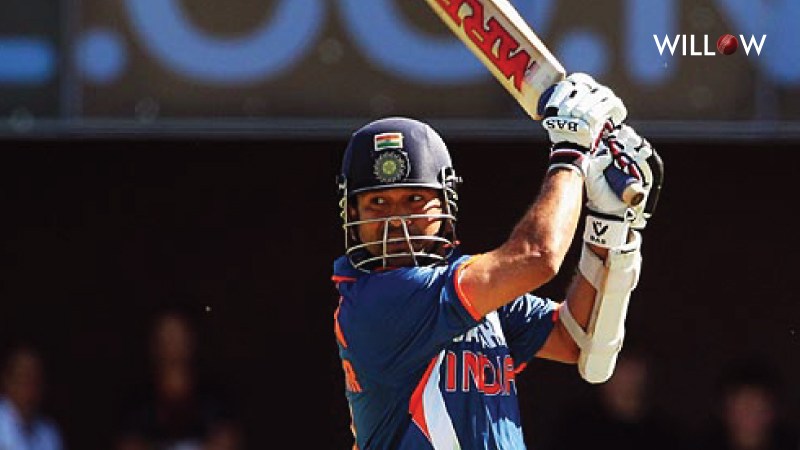 Australia have won the World Cup a record five times, making them the most successful team in the history of the competition. What makes the Aussies so successful? Their captains have always led from the front, be it Steve Waugh vs South Africa in 1999, or Ponting’s hurricane of a knock in the 2003 World Cup final. Captains have played the most important role in a team’s fortunes, with courageous decisions being the most valuable. Dhoni promoting himself up the order in the 2011 final saw India lift the World Cup is a shining example of this. In this article, we list the top ten greatest captains in the ODI game, who have led from the front, with a World Cup trophy not being a criterion.

He won the 2014 T20 World Cup as a player and was captain of the 2007 Sri Lankan team who reached the final and vice-captain in the 2011 edition. He has also reached the 2009 and 2012 T20 World Cup finals. A stylish batsman, Jayawardene led from the front and brought the best out of a team who weren’t the best on paper. He would often form partnerships with Sangakkara in the middle order, bailing his team out of trouble. He could have won more trophies during his career, but undoubtedly, he was one of the world’s finest cricketers and an outstanding exponent of the game. He takes up the No ten spot on our list.

Number nine on our list is the 1996 World Cup winning Sri Lankan captain, Arjuna Ranatunga. Often referred to as Captain Cool, he was known for his unconventional methods. One such method was promoting a young Sanath Jayasuriya as an opener. The belligerent left hander would attack from the very first ball, something Virender Sehwag would do later. In the 1996 World Cup, Sri Lanka scored loads of runs in the first 15 overs, leaving the opponent anxious. He turned a rag tag team into a world beating unit, soundly beating Australia in the final.

Number eight on our list is the former South African captain, Graeme Smith. Becoming captain at the tender age of 22, Smith took over when South African cricket was at an all-time low. The knockout from the 2003 World Cup, match fixing scandal in 2001 saw Smith inherit a demoralized team. Smith went on to captain South Africa in 108 Tests, becoming the only player to captain a team for more than 100 Tests. He holds the record for most test wins, winning a whopping 53 matches. He masterminded the series win over Australia, scoring 108 in that famous test at Perth. He never won a World Cup, reaching the semifinals in 2007 his best finish. Smith had excellent qualities as a captain, transforming South African cricket from an anxious bunch to fearless warriors.

Cementing his place as one of the greatest Indian captains and an all-rounder, Kapil Dev sparked a revolution in the country. His catch to dismiss Vivian Richards is a landmark moment in post-independence history of India, which brought cricket into the limelight. Had he dropped it, the IPL would have never been formed and cricket would have been on the backburner? He smashed 175 vs Zimbabwe in the same World Cup, leading India to victory and bringing home the first World Cup trophy. Dev sits on number six due to his sheer presence and contribution to Indian and world cricket.

Another captain on the list who hasn’t won a World Cup but changed the sporting history of his nation. Ganguly changed India’s poor record as tourists, especially in Australia. He won in Adelaide in 2003 and Perth in 2008 and defeated the Australians in India in 2001. He also led the team to the 2003 World Cup final, only to be thwarted by his opposite number Ricky Ponting. Playing alongside Sachin, Sehwag, Dravid and Laxman, Ganguly excelled in the captaincy role, bringing the best out of his players. He captained India in 146 ODIs, winning 76 of them.

At the number four spot is Steve Waugh. Winning the 1999 World Cup for Australia, Waugh and his team dominated the 90s and early 2000s, winning almost all trophies. As a captain, Waugh won 41 Tests out of 57, and 67 ODIs out of 106, cementing his place as one of the greatest captains of all time. Waugh’s team was excellent in all departments, with stalwarts such as McGrath, Warne, Hayden and Ponting in the side.

Fear. Most of the bowlers in the 70s and 80s were afraid when bowling to Sir Vivian Richards. Captain of the ebullient West Indies side, he won the inaugural World Cup in 1975 and its next edition in 1979. He ranks in the highest winning percentage for captains who have captained for 50 for more tests. Richards won 27 of his 50 Tests, with his own batting average being 50.23. He slots in at number 3, with his ODI average being 47.

Mr. Reliable, as he was fondly known, took over in 2007 and won the very first edition of the T20 World Cup. He led India to the numero uno spot in Tests in 2009 and the Cricket World Cup in 2011, with he himself hitting the winning runs. Choosing to bat in the middle order, Dhoni finishes games with a flourish, often in the company of current Indian skipper Kohli. Dhoni has captained India in 200 ODI games, winning 110 of them. Dhoni has won everything for India: the Champions Trophy, T20, World Cup and the Cricket World Cup. This World Cup will be his last for the country – can Mr Reliable be relied on one last time?

It was a tough call between number 1 and 2. Dhoni and Ponting both have similar records, team transitions and a good batting record. What worked for Ponting is his away Test record as captain. Beating India in India in 2004, winning 3-0 in South Africa in 2006 are just some of the triumphs that Ponting has accumulated over the course of his captaincy career. His away batting average in Tests is 51, compared to home which is 55. He has won two World Cups, in 2003 and 2007. Ponting has the best record on a historical basis.

That said, each captain in the list has delivered and performed for their country for years.

Who is your pick?