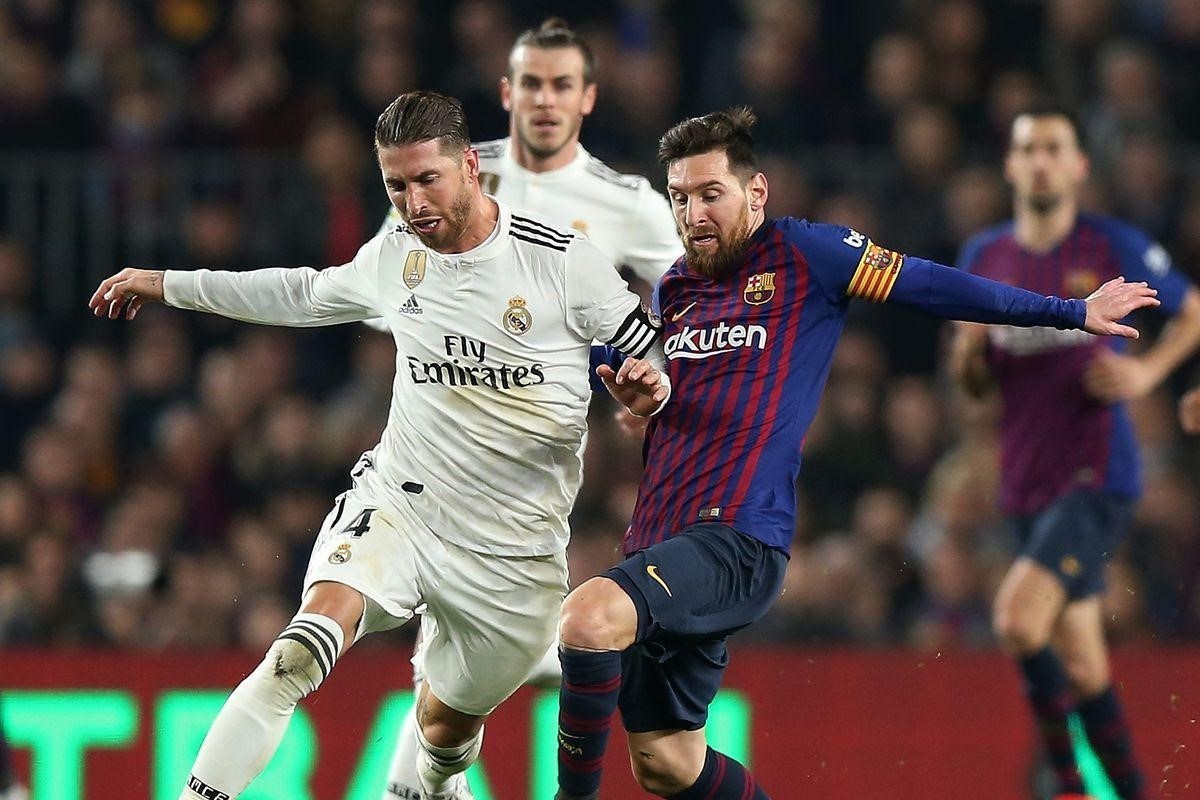 For the first time this summer the amount of money spent by clubs in La Liga on new players exceeded the €1 billion mark (£900 million). As might be expected the vast bulk of this money was spent by the “Big Three” clubs – Barcelona, Real Madrid and Atlético Madrid, in part fuelled by a desire to close the gap to the Premier League, after English sides ended up supplying all four finalists in the European competitions last season.

However, in particular, how did the transfer windows of Barcelona and Real compare, and who came out better as a result of it? Arguably it is still far too early to tell – the league season is still in its infancy, and some of the new signings have not yet played for their new clubs, or are still finding their feet.

However, based on three criteria – who they signed, who they sold or allowed to depart, and also who they failed to sign – it is possible to come up with a provisional answer.

Barcelona spent a combined total of £230 million on new players in the summer, with the headline move the capture of Antoine Griezmann from Atlético Madrid when the Catalans chose to activate his release clause in somewhat controversial circumstances due to the fee involved. They also secured the services of one of the most sought after young players in Europe, Ajax midfielder Frenkie de Jong.

At the back, goalkeeper Neto arrived from Valencia, whilst a new trio of full-backs was also bought – Júnior Firpo from Real Betis, Emerson from Brazilian side Atlético Mineiro, and Marc Cucurella from Eibar.

Who they sold or let go

The main sale was of right winger Malcom, signed just a year ago from Bordeaux, but sold to Zenit St. Petersburg after failing to make an impression at the Nou Camp. Goalkeeper Jasper Cillessen joined Valencia as part of the deal that saw Neto head the other way, whilst the loan move of André Gomes to Everton was made into a permanent arrangement.

Elsewhere, centre-forward Paco Alcácer was allowed to join Borussia Dortmund, and Denis Suárez, who was such a flop on loan at Arsenal, left for Celta Vigo.

Perhaps their biggest coup though was agreeing a loan arrangement with Bayern Munich for expensive misfit Philippe Coutinho, the German club picking up the Brazilian’s wages, and paying a loan fee of £7.75 million into the bargain.

The main player they failed to sign was their former player Neymar. Barcelona and Neymar’s current club PSG were in protracted discussions about a return of the former to Catalonia for much of the summer, with Neymar agreeing to a wage cut and even to fund part of the transfer itself from his own money. In the end, though, the two clubs could not agree on a valuation.

An overall assessment of the Barcelona transfer window would be relatively good. They bought long-term target Griezmann whilst, in de Jong, they have potentially one of the best midfielders in Europe once he settles into his new club. They have also added some pace to the side at the back.

On the negative side, it can be argued that they still have not addressed the fact that the side is ageing in key positions – striker, midfield and defence – and that they remain over-reliant on Lionel Messi.

They did, however, manage to get Philippe Coutinho off their books, and, whilst they will be disappointed to have missed out on Neymar, this may be a blessing in disguise. It is hard to conceive how a forward line of Neymar, Messi, Griezmann and Luis Suárez would all work together, to say nothing of Ousmane Dembélé, currently injured.

Real spent £308 million in the transfer market, with £100 million of that going on their marquee signing, Eden Hazard from Chelsea. A further £60 million was spent on striker Luka Jovic from Eintracht Frankfurt, and a combined £150 million on three other players – centre-back Eder Militão from Porto, Ferland Mendy from Lyon, and winger Rodrygo from Santos.

Who they sold or let go

Sales brought in £130 million, £45 million of which came when Mateo Kovacić’s loan move to Chelsea was made into a permanent deal. Defensive midfielder Marcos Llorente was allowed to move across town to join city rivals Atlético, whilst striker Raul de Tomás was sold Benfica, and left back Theo Hernández joined AC Milan.

Highly promising young midfielder Dani Ceballos was allowed to join Arsenal on loan for the season.

One player that Zidane desperately wanted to get rid of and failed was Welsh striker Gareth Bale. The French manager spent all summer making it clear that Bale had no place at the club or in his future plans, yet ended up keeping him when no club came in for the 30-year old.

The main player that they failed to sign was Paul Pogba from Manchester United, widely believed to be Zinedine Zidane’s main transfer target. That was despite the French midfielder being closely linked with a move to the Bernabeu all summer. There is some argument about why the move broke down, but the suggestion that Real President Florentino Pérez was never fully supportive of the transfer has fuelled suggestions about a rift between him and Zidane.

Real’s transfer window already looks to be judged a disappointment, despite the large outlay. Whilst Hazard should be a good buy once he acclimatises to his new club, the acquisition of Jovic already is being called into doubt, with Zidane, reportedly, already trying to loan the striker out before the European transfer window closes, barely two months after the Serb arrived at the club.

Two of the biggest weaknesses of the current side remain. They have failed to replace the goals of Cristiano Ronaldo since the Portuguese international left the club a year ago and, with Jovic not trusted by his new manager, they remain overly-reliant on Karim Bezema, not the most prolific of strikers at the best of times, and Gareth Bale, who Zidane does not want at the club anyway.

Midfield is also a problem. With Luka Modrić ageing, there is a lack of creativity and energy there, and a gap which Pogba was meant to fill. And the decision to allow Ceballos to leave on loan is already being questioned by the Spanish press and the Real faithful.

At this early stage, it appears as if Barcelona had the better transfer window than Real, even though spending less money. It is not the Catalan club rectified all their deficiencies, but they at least addressed some parts of their team that were in need of an upgrade, whilst it can be argued that there are still some glaring gaps in the Real squad. That is most evidenced by the players that the clubs failed to sign. Neymar would have been a luxury addition for Barcelona, whereas Paul Pogba, even now, looks to have been a necessity for Real.

You can watch exciting LaLiga matches exclusively on beIN SPORTS in HD when you subscribe to the Arabic Mosaic Pack here!