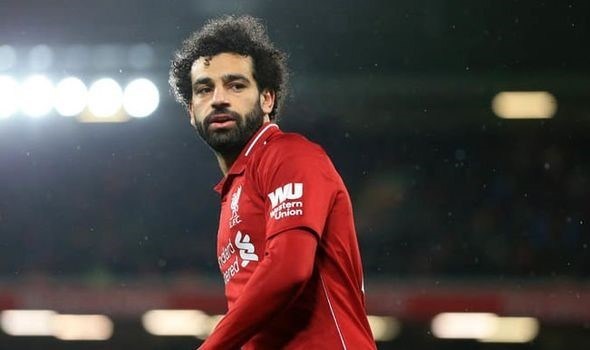 Mohamed – popularly known as Mo – Salah has come a long way in a short time. He began his footballing journey as a teenager travelling ten hours a day, five days a week, travelling from his home village of Nagrig to Cairo to train with Egyptian Premier League side El Mokawloon, saving his school lunch money to pay for his bus fares. Now he is a national icon, beloved by millions of people in North Africa and the Middle East, and an Anfield hero, adored by the Kop and the legion of Liverpool fans around the world.

It has not all been plain sailing. His first move to England with Chelsea saw him barely play and he was shipped out on loan to Fiorentina after barely a year. And, earlier this year, his appearances on the biggest footballing stages of all were ruined. First, a tackle by Sergio Ramos saw him forced out of the Champions League final with Real Madrid after just half an hour. Worse, for Salah and the Egyptian nation, the injury forced him to miss their first World Cup Group game, and he was only half-fit for the rest of their campaign.

Recently the current African Player of the Year for two years in a row – has bounced back this season. After a slow start he seems back to his best in the Premier League, and is part of a Liverpool side that may be in with their best chance of winning the title for the first time in 28 years. And, his goals have helped the club qualify again for the knock-out stages of the Champions League again.

So how did he get here?

Salah started as a left-back idolising great Egyptian players like Mohammed Abu Trika, who led Egypt to two Africa Cup of Nations successes, and was named African Player of the Year on no less than four occasions.  Determined to emulate his hero, and moving further forward in the team, he eventually broke through into the first team squad at El Mokawloon, playing for them regularly, and also becoming a regular in the Egypt national side.  But then political events intervened when, after riots at the Port Said Stadium in February 2012 which saw 74 people killed and more than 500 injured, the Egyptian league was suspended and the season cancelled.

Swiss side Basel, who had been monitoring Salah for some time, pounced. They arranged a friendly match with the Egypt under-23 side, and signed Salah, who only played the second half, after he scored twice.

He was an immediate success in Switzerland, helping Basel to win the League title in his first season there, as well as finishing runners up in the Swiss up. That gave the Swiss Champions the chance to play in the Champions League and, after battling through the qualifying rounds, they were pitted against Chelsea in the Group stages, with Salah scoring in both the home and away legs against the London side.

Chelsea were so impressed, they signed him in the next January transfer window, but, under manager Jose Mourinho, he barely featured at Stamford Bridge, making just 19 appearances and scoring twice.

Depressed at his lack of chances in London, Salah was persuaded by his wife Maggi to accept a move to Italy with Fiorentina. It proved to be the making of him, as he scored 6 goals in 16 appearances, before he moved on loan again, this time to fellow Serie A side Roma. In his first season in the Italian capital, Salah scored 15 goals in all competitions, and provided six assists, being named their player of the year. That persuaded Roma to make the deal permanent, and the next season he went on to achieve even more, scoring 19 goals in all appearances.

Meanwhile, Salah had been admired from afar by Liverpool for some time and, in June 2017, they finally made their move, signing him for what was a club record fee of €42 million at the time. Known primarily as a winger during his time in Italy, manager Jurgen Klopp then made a tactical switch and asked him to play further forward, in more central positions, closer to the opposing goal. The effect has been devastating. He scored on his debut against Watford, and has hardly stopped scoring for Liverpool ever since. By the end of his first season at Anfield he had scored 44 goals in 52 appearances, and had won a slew of awards, including the PFA Players Player of the Year award, and the Premier League Golden Boot. At the same time he was breaking a clutch of records, including scoring the most goals in a 38-game season, and surpassing Roger Hunt to become Liverpool’s second-highest goal scorer in a single–season, behind Ian Rush. His goals also helped his side reach the Champions League final, but the tackle from Ramos, and two calamitous mistakes from goalkeeper Loris Karius would ensure that the match in Kiev against Real Madrid would not end well for the Merseyside club.

This season did not start well for the Liverpool front three of Salah, Sadio Mané, and Roberto Firmino, as the three initially struggled to recreate the form of last year. Fortunately, the rest of the team has been strong, marshalled superbly by Virgil van Dijk at the back, and boosted by another addition from Roma in the form of goalkeeper Alisson. However, they have been playing themselves back into form, and Salah, in particular, has scored some recent vital goals, including the winner against Napoli that secured Liverpool’s qualification for the Champions League knock-out stages. The warning for the rest of the Premier League is clear – Mo Salah is back to his best in front of goal, so opposition defences need to be worried for the rest of the season.

Meanwhile, his status as Egyptian hero has been cemented even further as he captained his side to qualification for the 2019 African Cup of Nations.

A devout Muslim, Salah has never forgotten his roots. He has donated money to help build a school and hospital back in his home town of Nagrig, and has helped more than 450 families by giving them monthly allowances.

Nicknamed as The Pharaoh by the press and the fans, Salah is a hero both on and off the pitch. Already a legend for Liverpool supporters, his status will only grow further if he can help them lift the Premiership crown in 5 months’ time.

You can watch all the Premier League matches on NBC Sports and catch up on the latest on Mohamed Salah by subscribing to Sling Blue Pack on Sling TV!