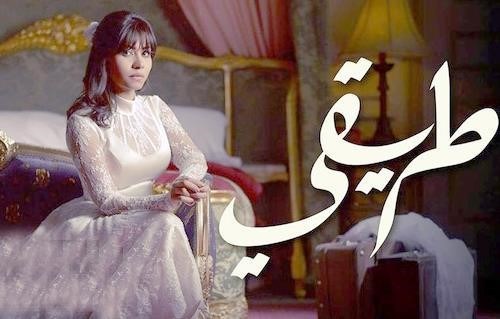 For starters, there have been rumors that the Egyptian writer, Tamer Habeeb, is in conflict with the likes of Minna Shalaby and Yusra. Those rumors stemmed from the fact that the movie, Ahal El Ayb (The Family of Shame), was delayed due to him being busy with Tareeqy (My Path), the new show. However, Habeeb has denied these claims. To clarify, Habeeb said that he did not choose to do a piece of work with Shireen instead of Shalaby or Yusra. Rather, Shalaby became busy with her series, Harat El Yahood (The Lane of the Jews), and Yusra became busy with the second part of her series, Saraya Abdeen (The Tiles of Abdeen). In addition, Habeeb became busy with Tareeqy, and he often checks on Yusra to see how she is doing with her show, meaning that there are no hard feelings. Besides doing a lot of work with her in the past, he has also worked with Shalaby on the movie, An El Ishq W El Hawa (About Love and Affection). As for Shireen herself, there have been rumors about her being displeased with the director, Muhammad Shakir, mainly due to her constantly redoing scenes. Rather, Shireen has turned down many roles before, but accepted this one due her comfortability with the cast in addition to liking her role. Her role allows her to be herself rather than artificially acting to fulfill a role. It is actually her debut on television and second acting role after her appearance in the Ahmed Helmy hit, Mido Mashakil (Mido Problems). The character that she plays is a humble girl who is obsessed with singing and fame. However, she faces many obstacles before reaching what she wants. Other stars that are part of the cast are Sawsan Bader, Bassel Khayyat, Mahmoud Aljindi, Ahmed Fahmi, and Salwa Muhammad Ali. Although Shireen carries the show quite well, the aforementioned stars also deserve credit for giving the show the high quality it has.

In many ways, the main character of the show resembles Shireen when it comes to how she was brought up. Shireen herself struggled when she was climbing up the ladder to fame, especially since she found opposition from many parties who thought that singing and fame were not in her best interest. In Egypt, it is coming to face criticism when wanting to obtain fame specifically through the means of singing. Besides the cultural prejudice, there are also religious claims that singing is forbidden, especially when accompanied by the voice of a female and lyrics about unmarried love. Furthermore, more traditionally respected occupations such as medicine, engineering, and business are usually recommended instead of taking the entertainment route although one could argue that entertainment is also a service that feeds a persistent need in every human. In addition, the story is heavily inspired by Dalida, the late actress, and does not hide it.

Shireen’s fellow actors in the show had great things to say about her. Ahmed Fahmy said that she is a great performer who was not only able to prove that her voice is spectacular but also that her acting is phenomenal. He was happy to work with her. As for Sawsan Bader, she said that the performance was very special and different. She also did not expect for a debut to be so strong, commending Shireen on her efforts and work ethic through which she tries to prove that she is a capable and formidable actor. As for Salwa Muhammad Ali, she said that Shireen conveys emotion very well, surely surprising the viewers, as she is a skilled performer with a high sense. Furthermore, she added that she wished that she had more scenes with this talented actress as their scenes together were rather scarce due to understandable circumstances such as the plot not requiring them to share a lot of screen time, but there is always room for more in the future. It is absolutely expected for Shireen to be called up once again for a televised role due to her success as an actress in this show. This is only the beginning for this splendid actress.

An added bonus in the show is that Shireen performs six of her new songs in this show. This shows how, despite the fact that she is making this transition from singing to acting, she has not completely withdrawn herself from her singing roots and remains a singer. The album cover features her in a black and white dress, and the songs include Humma Kida Ya Albi (They Are like That, My Heart), Tareeqy (My Path), Lissa Fi El Ayyam Amal (There Is Still Hope), Ana Sah (I Am Right), Hassa Bya’s (I’m Feeling Desperate), and Ala Meen El Malama (Who Is to Blame). The songwriters were Amir Tuaima and Nader Abdullah. The melodies were by Waleed Saad, Khalid Saad, and Ihab Abdulwahid. Distribution was handled by Amin Bu Haffa and Khalid Nabeel. Sound engineering was done by Khalid Rauf. The team behind this show was quite hefty.

This show is a godsend for those who find themselves in the same position as the main character of the show. The viewers do not have to be in the exact same shoes of the character, meaning having aspirations to sing and become famous. Instead, any viewer who is coming-of-age and wanting to fulfill goals that cause a lot of opposition will surely find inspiration in this show. Furthermore, Shireen’s natural portrayal of the character makes the overall delivery very relatable and easy to follow, lessening the distance between the show and the viewer. Thus, there is something in this show for everyone.

In conclusion, it is highly recommended to watch at least one episode of the show, which will likely hook you, making you want to watch more. That is why you need a convenient way to do that. You can watch the exciting Egyptian series, Tareeqy, on MTV Egypt when you subscribe to the Arabic Mosaic pack on Sling TV!