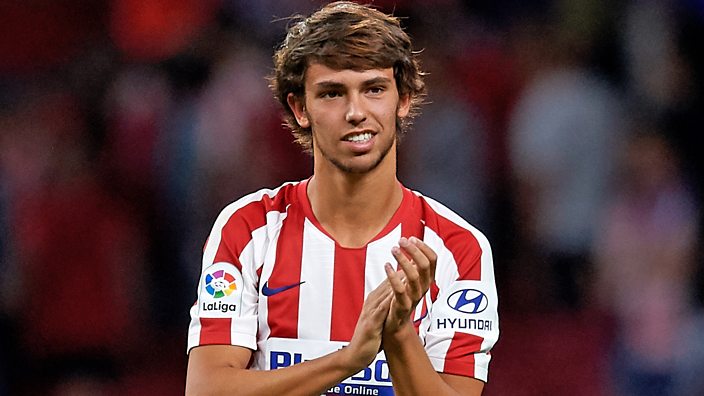 This past July, Atlético Madrid smashed their transfer record by signing João Félix, a 19-year-old player with only one season of top flight football behind him —  and who, a year earlier, was linked with a move to West Ham. However, the Spanish club was so convinced of his talent that they were prepared to pay Benfica €134 million (£126 million) for Félix, thereby making him the second most expensive teenager to be signed, after Kylian Mbappé, and the fourth costliest player of all time.

But what did they get for their money?

Félix was born in the town of Viseu, in central Portugal, where he grew up playing football. After a year playing for a local side, he joined the Porto youth system at the tender age of 8. He struggled initially, and wanted to give up football because he missed his parents, but his father persuaded him to continue. In spite of his sacrifice and dedication, though, Porto dismissed him when he was 15 because they considered him too slight. That same year, however, after a season-long loan with Padroense, another Portuguese side, Porto’s rivals, Benfica, decided to take a chance on Félix. They would not regret their decision.

After a year, he began playing for Benfica’s reserve team, becoming, in the process, the youngest player ever to do so. By no means was Félix impressive starting out, scoring only three goals in 13 games, but the following season, he really began to make his mark. He scored a hat-trick in a home win over Famalicão, and helped his side reach the final of the UEFA Youth League, a competition in which he found the net six times.

His budding talent attracted the attention of numerous clubs across Europe, with West Ham among the many interested in signing him. Instead, he stayed with Benfica, where he was integrated into the first-team squad.

Félix was handed his first-team debut in August 2018, appearing as a late substitute in Benfica’s 2 – 0 home win over Boavista. Although he was only on the pitch for a few minutes, he had done enough to be retained in the squad for their next match, against bitter local rivals Sporting Lisbon.  Introduced off the bench in the 71st minute, Félix made himself into an instant hero to the Benfica fans, heading a brilliant equaliser with just four minutes of the match left. The goal made him the youngest player to ever score in a Lisbon derby.

From then on, he began to appear in starting line-ups more regularly, leading to another turning point for him this past January. Bruno Lage was brought in and appointed Benfica manager, succeeding Rui Vitória, and one of Lage’s first decisions was to pair Félix with the Swiss striker Haris Seferović in attack. The move began to pay instant dividends.

In February, Félix’s performance in a 4 – 2 away win at Sporting Lisbon whetted the appetites of some of the biggest clubs in Europe, and his blossoming talent was underlined when he scored the equaliser in a top-of-the-table win while away at Porto.

Then, in April, he became the youngest man ever to score a hat-trick in the Europa League, helping his side defeat Eintracht Frankfurt 4 – 2.

He would go on to finish the season with 20 goals and 11 assists, helping Benfica win the Portuguese league title for the 37th time in their history. As fate would have it, his last goal in a Benfica shirt came on the last day of the season, as his side wrapped-up the title with a 4 -1 win over Santa Clara.

Taking into consideration teenagers across Europe, only Kai Havertz of Bayer Leverkusen managed more assists than Félix finished with last season, though Félix’s record of assists has only been bested by Jadon Sancho.

Félix represented Portugal at under-18, under-19, and under-21 levels, amassing 14 caps at youth level and scoring six goals before he was fast-tracked into the senior national side, making his debut in the Nations League semi-final against Switzerland in June, which his side ultimately one.  He did not play in the final a few days later, remaining an unused substitute, but he was still entitled to a winners’ medal afterward.

He has since gone on to collect an additional two senior international caps, and though he has yet to score for his country, it’s only a matter of time before he does.

After being linked with a number of top clubs in Europe, Atlético ended up being the only club prepared to meet Félix’s release clause of €120 million (£104 million). Benfica did not want to sell him, club President Luis Felipe Vieira kept insisting that the plan was to build a team around youngsters like Félix and compete for the top honours in Europe using the Ajax-model as a template.

In the end, though, it became a case of simple economics. The money that Atlético paid for him represented pure profit, which could be reinvested to strengthen the squad in other areas.

Although primarily an attacking midfielder, Félix can also serve as a striker, second striker or winger. He has been dubbed as the next Rui Costa and compared to another Portuguese great, Paulo Sousa, who won the Champions League with Juventus and Borussia Dortmund.

Inevitably, comparisons have been drawn with the reigning superstar of Portuguese football, Cristiano Ronaldo.  Both stand 6 feet tall and are primarily right-footed. However, Ronaldo has evolved more into an out-and-out attacker, while Félix tends to be deployed farther back in the team.

That said, Ronaldo now is 34 years old, and although he is still in prime physical condition, he cannot go on forever. There are those who hope Félix will assume Ronaldo’s mantle as the next great player for the national side, but that’s quite a heavy burden to place on the shoulders of somebody who’s still only a teenager.

It remains to be seen what the future holds for Félix though Atlético has shown their faith in him by handing him the number seven shirt, that once belonged to Antoine Griezmann. Félix is already off to a good start in La Liga, scoring twice in six games for his new club, including a debut goal against Eibar at the start of September.

However, perhaps the real tell of what Atlético got for their money came in the Champions League draw against Juventus in mid-September. Picking the ball up in his own half, he drove forward, leaving Juventus defenders trailing in his wake, until, at the end of a 60-yard run, his shot was tipped round the post by Wojciech Szczesny. Ronaldo, playing for the other side, would surely have approved.