Sling customers who are subscribed to the Al Ostoura pack can find the Istikana video-on-demand library within the Sling app, either via the Sling guide or by using the search feature.

Istikana, one of the leading streaming services in the Middle East that’s known for offering the largest selection of top Arabic movies and series, has partnered with Sling on its first API integration to its Arabic customers in North America.

The partnership will bring more than 7,000 hours of ad-free Arabic content to viewers in the U.S., starting May 12. It will be viewable on more than 15 compatible devices, including Roku, Amazon Fire TV, Android, IOS, desktop computers and smart TVs.

Setting themselves apart from other popular Arabic TV platforms, Istikana prides itself upon its distinguished library of niche Arabic and dubbed entertainment, which it adds to on a weekly basis. Accounting for a fair amount of their library’s expansion are the results of weekly surveys that Istikana sends to its current subscribers, asking how they can improve upon their available content.

Customers will be able to access Istikana’s content through Sling in two ways. Istikana will be available as a standalone pack, costing only $7.99 a month, after the subscriber’s 7-day-free trial expires. It is also available as an add-on to any American, Latino or International Sling TV package.

For new and existing subscribers, the Al Ostoura pack serves as a one-stop shop for Arabic entertainment, enabling them to enjoy top on-demand content from Istikana, alongside all their favorite live Arabic channels. Al Ostoura subscribers automatically have access to Istikana’s library as part of the package bundle, which also includes more than 130 Arabic channels, as well as premium access to Shahid VIP’s video-on-demand library — all for only $25 a month, after the 7-day-free trial expires.

Istikana brings viewers a variety of unique content, much of which has never before been available on Arabic TV, including documentaries that have been showcased at film festivals, short and independent films, religious programs, kids’ shows, dubbed content, classic series, movies and theatrical performances. Sourced from all over the Middle East and North Africa, these programs are finally available to the millions of Arabic-speaking viewers living in the U.S.

Having all this programming in one place, available to watch whenever and wherever you want, is a great way to stay connected with the region’s entertainment and culture.

Subscribe to the Al Ostoura pack now to enjoy all of Istikana’s great content and get 7 days free! 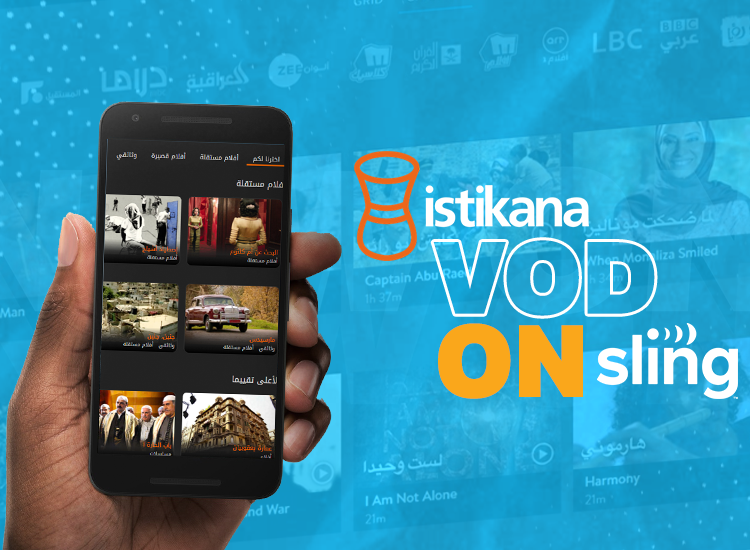