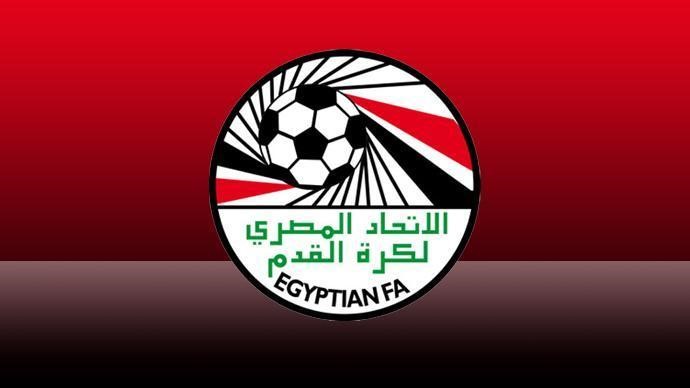 Barely two months after the end of the last campaign finished, and the new season of the Egyptian Premier League will get underway on September 21st.  The 61st season will feature 18 teams – the top 15 finishers from last season plus the three promoted sides – play each other on a home and away basis throughout the campaign, which is scheduled to end next May. Al Ahly, the defending champions, and 41 time champion – including twelve out of the last thirteen times that the competition has been concluded – will once again start as clear favourites to clinch the league title again.

Matches get underway on Saturday afternoon when Al Gaish are at home to El Mokawloon. The team that finished third last season, Pyramids,  will host ENPPI that same evening, but fans will have to wait until Monday evening before the two title favourites begin their campaigndefending champions Al Ahly travel to Smouha, whilst Zamalek are at home in Ittihad of Alexandria.

Nogoom, El Dahkleya, and Petrojet were all relegated to the Egyptian Second Division at the end of last season. In their place came Aswan, Tanta, and FC Masr.

Aswan are returning to the top flight after a two year absence, and will be competing in the Premier League for the fourth time in their history.

Tanta were only relegated at the end of the 2017 – 2018 season and have been regular participants in the top league in recent years.

By contrast, FC Masr, based in Cairo, are newcomers at this level, earning their promotion after an intense battle against four other competing teams in their group.

As always, the first order of the day for all these clubs this season is just to survive. Anything else will be a bonus.

Who will win the title?

Here are the main contenders for the title:

Al Ahly finished last season eight points clear of main rivals Zamalek and it is hard to see beyond the perennial champions from lifting the crown yet again.

Despite that, the successful manager from last season, Martín Lasarte, was dismissed last month, the Uruguayan paying the price after Ahly were knocked out of the Egyptian Cup by Pyramids FC. Lasarte was also under pressure following his side’s dismal showing in the CAF Champions League in April, where they were humiliated  5 – 0 by the South African side Mamelodi Sundowns in Pretoria, with a narrow home win in the reverse fixture not enough to save face.

Mohamed  Yousef was appointed as caretaker manager on a temporary basis, but he has subsequently been replaced by the Swiss René Weiler, who led Belgian side Anderlecht to a league and cup double two years ago.

On the playing side, the club have been busy in the transfer market, bringing in defensive midfielder Aliou Dieng from Algerian side MC Algier, and attacking midfielder Afsha from Pyramids. Centre-back Mahmoud Metwaly has arrived from Ismaily, and the side has also captured winger Ramadan Sobhi, who joins on loan from English championship side, Huddersfield Town.

The club’s supporter will be also be keen to see how two members of the club’s successful under-23 side, now promoted to the first-team squad, get on in the coming season – centre forward Fady Farid, and attacking midfielder Amar Hamdi.

It has been more than  15 years since Zamalek were last crowned champions, and there are few signs that they are ready to break the stranglehold of Al Ahly on the title.

Like their main rivals, it has been a summer of managerial upheaval off the pitch. Former player Khaled Galad was fired as manager in July, with ex-Egyptian international Tarek Yahia appointed on a caretaker basis in his stead. He, though, lasted barely a month in charge, before the 50 year old Serbian Milutin Sredojević was named in place of him.

Sredojević has had a long and varied career. He played for a variety of clubs in his native Serbia, before embarking on an itinerant and varied pilgrimage as a manager, taking in spells in Uganda, South Africa, Sudan, and Rwanda, as well as his homeland. This is his first experience of managing in Egypt, but he almost immediately endeared himself to the club’s supporters by leading them to victory over Pyramids in the final of the Egypt Cup at the start of September.

Like Al Ahly, Zamalek have strengthened in the transfer window during the summer months. Goalkeeper Mohamed Awad has moved from Pyramids, and two wingers have joined the club, Mohammad Ounnajem from Moroccan side Wydad AC, and Emam Ashour from Mahalla. They have also picked up a couple of free transfers in the shape of Karim Bambo, a left winger who played for Ismaily last season, and full-back Mohamed Abdelshafi, who was with the Saudi team Ahli.

Pyramids were formed as recently as 2008 as Al Assiouty Sports, and have only been a Premier League side since 2014. However, their fortunes have been transformed from the minute when Turki Al Sheikh, Chairman of the Saudi Sports Authority, took over the club, and changed the name to Pyramids. The money he invested in the club helped them to attract better players and propelled them up the league, to their best ever finish of third last season.

That saw them qualify for the CAF Confederations Cup for the first time, where they have already made a winning start, beating Étoile du Congo in the preliminary round. It also saw them reach their first ever Egyptian Cup final at the start of September, knocking out Al Ahly in the process. Unfortunately for supporters of the new club, Zamalek proved too strong for them on the day.

Al Sheikh sold the club to Emirati businessman Salem Al Shamsi in July, but there is no indication that the direction of the side is about to change. However, given the entrenched history and traditions of their two main rivals, it is too early in their history to mount a sustained title challenge.

You can watch the exciting Egyptian Premiere League games exclusively on ON Sport in Arabic and in HD when you subscribe to the Arabic Mosaic Pack here!