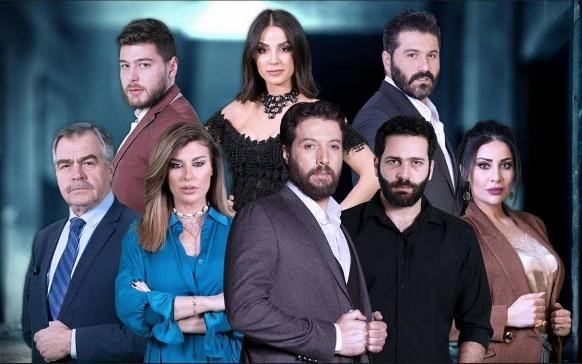 Osama Shihab Alhamad, a Syrian born director with a Lebanese mother, hits yet another homerun with this fantastic show, with a strong CV of prior works such as the drama documentary movie, Subhiyya Bahriyya (Beach Morning) and the shows, Alayla Aylatna (The Family is Our Family), Hudood Shaqeeqa (Brotherly Borders), and Neeran Sadeeqa (Friendly Fires).

The director claims that middle classes are disappearing due to the upper classes eliminating any other classes besides them, ending up with no middle class but only a lower class to coexist with the upper class. However, this does not mean that the lower class is innocent and flawless. The lower class makes its own mistakes as well. It is important to mention, though, that the mistakes of the lower class usually stem from the fact that they are monetarily incapable, causing them to make negative decisions that they would have not otherwise made.

He also mentioned that it is important to study the mechanisms of each class and realize how important it is for all of the classes to coexist together in harmony as much as possible. In addition, it is important to understand that many rich people frequently pursue the life pleasures that they can so easily obtain with their riches without caring for others to the point that there is much collateral damage.

The show features a frantic series of events based on a romantic foundation in which suspense is not absent. There are multiple relationships and connections present within the show whether they are couples or even groups of three people. Regardless, the show does a great job at grounding itself in reality while addressing gritty motifs such as contrasting layers of society due to varying wealth levels. The contrast often proves to be a source of struggle that is unavoidable in some cases. Alhamad is not afraid to shed the light on the injustice that we see in society today through the actors who excel in their performance throughout the entirety of the available episodes.

In the show, Akher El Layl (The End of the Night), Farid is wealthy and read to arrange a marriage for his son and heir, Wisam. The first twist of the show happens when a young man who came from Syria claims to be Farid’s son, and Farid’s daughter finds out that she has a twin sister.

As for Wisam, Farid’s son, he is the type of person who knows exactly what he wants in life. However, in many cases, he goes overboard with his approach to the point of becoming some sort of an Übermensch who will disregard any negative repercussions caused on other people just to fulfill desires, which had a heavy effect on his love life (or lack thereof).

A character besides Farid that is interesting is Salah, who has lost his identity and is living in extremely difficult conditions that led him to want to seek asylum in Europe as a refugee. With only his mother as family, his complicated decision leads her to divulge a secret involving Farid, which would in turn become one of the major motivators of the plot’s progression for the rest of the show. As for Karla, a public relations manager and the mastermind behind most conspiracies that involve manipulation, she usually pretends to be kind even though she holds within her an indefinite capacity for evil. Her sister, Vivian, was this beautiful and kind lady who eventually turned evil due to an extreme incident, making her thirsty for vengeance.

Laura, a young woman, is hardworking with an attractive personality. In addition, she is kind and extremely sensitive, although she prefers to have a stoic demeanor in front of others. Although she seems to have high confidence on the exterior, what is inside is quite the opposite. Her family is quite humble, and she works hard in order to support them. In addition, she is completely oblivious about love, which affects her life in a negative way. In reality, Laura is filled with anxieties, fears, and weaknesses. Dina, her sister, helps with the support of the family despite her heavy college workload. She always tries to guide her sister to the right path.

The magnificent aspect about this show is that is offers something for everyone. There are various themes in the show that range from wealth to romance. The show does a great job at providing a mix of realistic situations while adding a little bit of that “movie magic” that viewers love by taking a few liberties with the scenarios, making them slightly farfetched in reality, which adds to the excitement of the show. The viewer of the show can expect to experience all emotions on the emotional spectrum as there are happy moments as well as tragic moments. Regardless, the viewer should know that he or she will come out a better person after completing the available episodes. Lots of life lessons can be learned from the show which can definitely be applied to real life. It is also possible to approach this show with the sole desire of being entertained as it leaves itself open to the interpretation for the viewers, so those not wanting a “cerebral” experience out of this show can be assured that the entertainment aspect of the show itself is enough to warrant a watch.

So, don’t miss your chance to add a little bit of joy to your life with this great show. You can watch the exciting Lebanese series, Akher El Layl, on MTV Lebanon when you subscribe to the Arabic Mosaic pack on Sling TV!