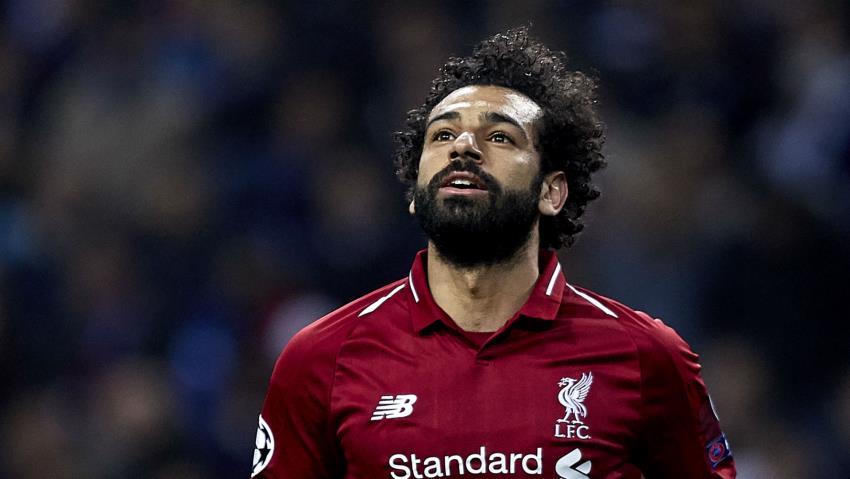 Roger Milla, Shaun Bartlett, Samuel Eto’o, and Didier Drogba are just some of the names on the roll-call of top scorers in previous AFCON tournaments. But who will feature on the list for this year’s tournament? Whilst predictions are very much based on those teams likely to go far in the tournament, here are some men who can be expected to feature.

Mo Salah needs no introduction. The current African player of the year, he comes into the tournament having enjoyed success in the Champions League Final, putting his Liverpool side ahead after just two minutes against Tottenham Hotspur. And that came after a season in which he shared the Golden Boot in the Premier League, with team mate Sadio Mané, and a third African, Pierre-Emerick Aubameyang of Arsenal.

He has been the poster boy of Egyptian football for a number of years, and will be looking to add to his current tally of 39 goals from 62 international appearances, which included the two goals and two assists he picked up in the 6 – 0 defeat of Niger.

He went to the World Cup in Russia last year barely fit, having picked up a shoulder injury in the Champions League Final defeat to Real Madrid. That restricted his ability to influence affairs on the field, and his side crashed out of the tournament having lost all three games. However, he did score his side’s two goals, and, with penalty kick and free kick responsibilities as well, he has every chance of finding his name on the score sheet several times in this year’s event.

Algeria’s Islam Slimani has been struggling in his club football for several seasons. Signed by Leicester City for a club record fee in August 2016, he failed to make the intended impression at the King Power Stadium, scoring just 8 Premier League goals in 35 appearances. He was sent out on loan to Newcastle, but injury restricted him to just 4 appearances. He has just spent another season on loan with Turkish side Fenerbahçe, but that has not been a great success either. He scored just once for them in the Super Lig.

However, he remains a potent force for his country, having scored 27 goals from his 59 appearances, including two strikes in Algeria’s qualification for this year’s tournament. Algerians will hope that he can shrug off his club form and combine with the likes of Riyad Mahrez to help his side go deep into the tournament.

26-year old Sliti provided 4 goals and one assist in Tunisia’s run to this year’s tournament, and his country will be looking for him to lead the line in Egypt this summer. Currently playing for French Ligue 1 side Dijon, he was instrumental in helping his side escape relegation at the start of June, coming off the bench to score twice, as they secured a play-off win against second tier side Lens.

Sliti has seven international goals for his country, with his most recent coming in the 3 – 0 win over Eswatini in March.

The Senegalese captain comes into the tournament having just had his most successful domestic league season, scoring 22 goals for Liverpool and, in the process, sharing the Golden Boot with team mate Mo Salah and Arsenal’s Pierre-Emerick Aubameyang. And, of course he is now a Champions League winner, putting behind him the disappointment of last year when he scored in the final against Real Madrid in Kiev, but still ended on the losing side.

The 27 year old began his professional career with French side Metz, before securing a transfer in August 2012 to Red Bull Salzburg for a fee of €4 million (£3.5 million). Two years later, the Austrian side trebled their money when they sold Mané to Southampton, and he went on to average a gaol every third game for The Saints, until he joined Liverpool in 2016 for £34 million.

He made his international debut for Senegal in 2012, and has since gone on to win 60 caps for the senior side, scoring 16 times, including the opening goal against Japan in the group stage of last year’s World Cup.

Mané’s Senegal team mate Ismaïli Sarr could also be a man who could get among the goals this summer. He comes into AFCON off the back of a highly successful season for Rennes, which saw them clinch a surprise victory in the French Cup final, with Sarr scoring the vital spot kick in a penalty shoot-out.  That added to the 10 goals he scored in 46 appearances for the Ligue 1 side. He also made a big impression on the European stage, and scored a stunning headed goal against Arsenal in the Europa League in March.

He has been linked with a move to the Premier League with both Arsenal and Leicester City interested in signing him this summer, whilst there are also a number of Serie A clubs linked with him as well.

He made his international debut for Senegal in a match against Namibia in September 2016, and scored his first international goal in a friendly against Libya four months later. He has since gone on to notch up 20 international caps, scoring three times.

Another man very familiar to followers of the Premier League, Wilfried Zaha of Crystal Palace actually played in two non-competitive matches for England, where he grew up from the age of four onwards, before switching to the country of his birth before the 2017 African Cup of Nations.

He joined the Crystal Palace academy aged 11, and then advanced through their ranks before making his first team debut against Cardiff City in 2010. Three years later he earned a high profile move to Manchester United, but barely featured before returning to Palace, initially on loan, and then on a permanent basis. He has, however, been touted with a move away from Selhurst Park this summer, although a purported transfer value of £60 million may deter some suitors.

He has earned 9 international caps for the Ivory Coast so far, scoring twice, including a debut goal at home to Uganda in Abu Dhabi.