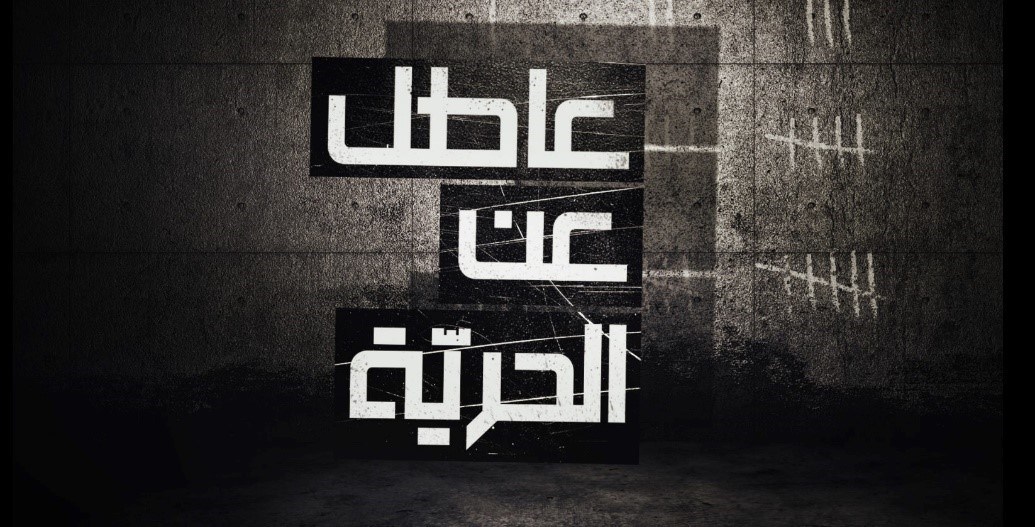 For the first time in history, MTV takes us inside Lebanese prisons and gives us an in-depth look at the lives inmates led prior to their incarceration. In a documentary format, Samir Youssef’s interviews often touch on topics that range from the prisoners’ upbringing to detailed accounts of their crimes. Full of suspense, “Aatel Aan El Horiye” thrills viewers and introduces them to parts of society that often remain hidden from the mainstream.

After seven seasons, the show is back on with a new theme song, written by Pierre Alhayek, composed by Ahmed Barakat, and sung by Mueen Shireef. The short video was directed by David Orian.

Youssef invited Shireef to the show because of the singer’s philosophy — that art has the ability to prevent crime. The song he sings for “Aatel Aan El Horiye” has a very clear message, warning viewers not to commit crimes because of the devastating effects such actions have on society.

In spite of the show’s masterful execution and social relevance, it has not picked up much steam with the media. Its fans, however, are steadfast, fascinated by accounts of crimes that have made a lasting impact on Lebanese society.

Each episode features one criminal case, wherein the prisoner walks the audience through their crime. Youssef then adds to the story by conducting interviews with the inmate’s relatives, witnesses, attorneys, and so on. Frequently, prisoners admit regret over what they have done, especially after spending long stretches of time reflecting behind prison walls.

As a glimpse into the nature of “Aatel Aan El Horiye,” one episode features a Sri Lankan housekeeper who murdered her employer. No one was around to witness the crime, and it wasn’t until years after she was in prison that the housekeeper made her confession to a shocked warden. Telling the truth, the inmate said, finally brought her a sense of inner peace. She knew that all the evidence had been against her, but after years of repeating the same lies, she had begun to believe them. Eventually, though, she cracked.

The housekeeper said that she initially came from Sri Lanka to work for a couple and live in their house, in exchange for money that they agreed to send her family. At first, everything was going as planned — until she realized she was being swindled. The woman had not been transferring money to her family; she hadn’t even been sending the housekeeper’s letters for her. And this all happened when the housekeeper’s family needed her the most: Her father was sick and desperately needed both financial and emotional support.

That’s when the woman became even more abusive. Sometimes, she would deprive the housekeeper of food and hit her. And then, on one occasion, they went too far. The housekeeper was caught calling her family and horribly beaten. The woman dragged her to the kitchen and put a knife to her neck, threatening to slit her throat. The housekeeper wrestled the knife away from her employer and, before she knew it, stabbed the woman multiple times. To cover her tracks, she pulled the body down the steps of the basement and covered it with logs of wood. Then she cleaned the kitchen, changed out of her blood-stained clothes, and locked the door. When the male employer returned to the house and discovered what had happened, he became irate. Terrified and in a frenzy, the housekeeper stabbed him in the neck, too. Only, he got away. The neighbors gathered, and the police came. The housekeeper was arrested and sentenced to life in prison. The husband died shortly afterward.

By the time she was interviewed, the housekeeper had been in prison for 17 years, never receiving a single visitor or word from her family. That is, until Youssef was able to show her pictures of her family. The woman rejoiced in knowing they were still alive. But then, in the most memorable moment of the show, she was able to speak with them.

Tune into MTV Lebanon to watch “Aatel Aan El Horiye” when you subscribe to the Arabic mosaic pack on Sling TV!