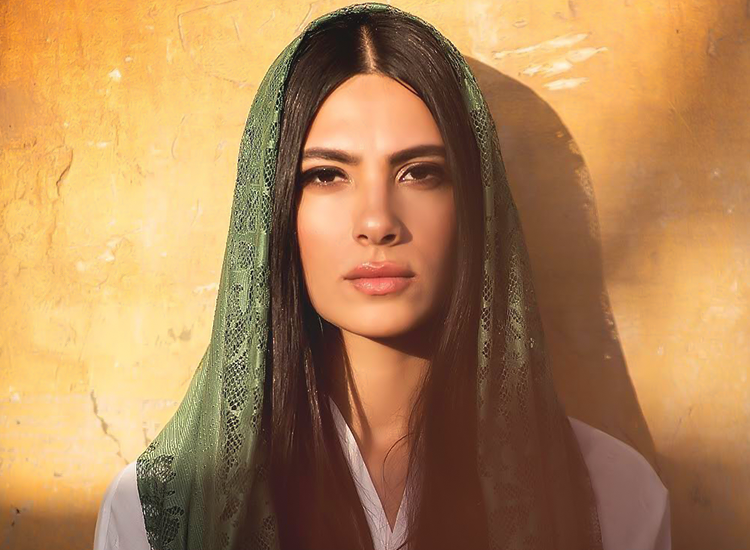 The first film shown in history is said to have taken place in Paris in 1895. A year later, Egypt followed suit and set up its own first film show in 1896. In 1923, Egypt’s film industry, still at the budding stages of its development, released its first silent movie.

And so began a burgeoning film industry in the North-African country, which went on to be a leading force in the sphere of cinema and television entertainment within the Middle East. Considered the golden years of Egyptian cinema, the 1940s, 50s and 60s were a time when the film industry in Egypt was considered the third largest globally.

Since then, Egypt’s cinema has continued to thrive and produce talented actors and actresses, some of which have garnered international recognition. With a continuously growing industry and with it a continuously emerging pool of talent, the country and the region’s entertainment industry is constantly breeding and showcasing up-and-coming artists. Over the past few years, there has been a rise in the level of those mastering the profession and displaying immense potential for becoming the next “IT” girls and boys of the Arab region’s big screen; a few of these actors have already shown tremendous promise over the past year having won the hearts of their audience with a brilliant delivery of their roles and their participation in hit television series and movies. While the icons of Egyptian cinema will always remain so, could these budding young actors be the next generation’s Adel Imams, Yousras, Ahmed el Sakkas, and Mona Zakis?

While Huda El Mofti’s first appearance was on Hadha AlMasa’, an Egyptian series that aired in 2017, it was her performance in the 2018 series, Kaeno Embareh, that put her on the map.

Over the past few years, El Mufti has been gaining momentum in her acting career, having acted alongside cinema notables like Yousra, Sherin Reda, Basma and Eyad Nassar.  El Mufti’s most recent film, Ra’s El Sana (New Year’s Eve), which was highly anticipated prior to its release--and rightly so--made a splash when it hit the screens; with El Mufti’s role being a controversial one, met with the criticism due to its bold nature.

The Egyptian actress and model is continuing her golden streak this Ramadan, as she acts alongside comedy king Adel Imam in his latest series, Valentino.  Valentino is a comedy that follows the unfortunate yet hilarious events of a school owner, Valentino (Adel Imam) as he tries to maneuver his life through the strict rules imposed by his stern wife and school principal, Afaf (Dalal Abdel Azizi).

Graduating with an acting and directing degree from the Academy of Art in Egypt, Caroline Azmi first made an appearance on the Egyptian silver screen in 2017, in the Egyptian series, “El Ab Rohi’ (Godfather 1). Azmi went on to act in several series including Kayd Aeli, Hadota Mara, and Al Sharee Eli Warana, among others.

Azmi originally started off by acting onstage, having taken part in several plays before moving on to the big screen. This year, the budding actress will be portraying a complex character with psychological issues in the Ramadan series, ‘W Neheb tani leih?’ starring Yasmine Abdulaziz and Sherif Mounir. The show explores marital and familial relationships and the problems arising between its members, with a comedic twist.

Rosaline El Bay made her debut in 2017, in the movie Shoka w Sekina. One of her most prominent roles, however – and the one that garnered her a lot of attention – was that of Ramy’s cousin, Amani, in the 2019 hit series Ramy. Dubbed by the LA Times as ‘TV’s first Muslim-American sitcom’, Ramy tells the story of first generation American-Muslims and has been lauded for its accurate depiction of the minority group in contrast to the habitual Western stereotypes usually portrayed.

While El Bay has not been on the acting scene for very long, she has  so far been a part of productions that have been surrounded by significant media hype, namely Turab El Mass, which is a film adapted from the novel of the same name by famed Egyptian Author, Ahmed Mourad.

This Ramadan, El Bay will be featured in Luebat Al-Nesyan, which follows a middle class woman (Dina El Sherbiny) as she struggles to reconcile her past with her present, when she loses her memory.You forgot to finish this sentence

Ahmed Dash first started his acting career  when he was featured in an advertisement, with the help of Egyptian director and daughter of late actor, Ezzat Abou Aouf, Mariam Abu Aouf.

His break-through role came in 2014, when he played the lead in Egyptian Drama, “La Moakhza”, which is a film that follows a young Coptic boy and the ways with which he deals with religious discrimination when he is forced to transfer to a public school in Egypt, due to sudden unfavorable circumstances.

Dash went on to act in several films and series including ‘Sarayet Abdeen’ in 2015 and ‘Sabee Jar’ in 2017, among others.  This year, Dash will be acting alongside none other than Mohammed Ramadan, in the Drama series, ‘El Prince’. Airing this Ramadan, the storyline follows siblings as they’re faced with a series of issues. ‘El Prince’ begs the question, can disputes between siblings culminate to an extent where it breeds a relationship filled with revenge, bad blood and hatred?

Playing the role of Radwan, Ramadan works as a mechanic alongside his father. Upon the death of his father, an unexpected situation with terrible consequences ensues and changes the course of Radwan’s life forever.

The series comes as a second collaboration between Ramadan and talented director, Mohamed Samy after their first collaboration, ‘Ostoora’ was met with wide success.

Aly Kassem left a background in Engineering to pursue a career in acting, with his first television appearance being in 2012, in Asham; after which Kassem took a hiatus up until 2016 and 2017, where he was spotted again in series, Fok Mostawa El Shobohat and La Tutafiy Alshams.

The role that garnered him recognition within the Egyptian film industry was Dahi in television series Tayeah, a drama that revolves around the life of a young med-school graduate from the South of Egypt. It was Kassem’s portrayal of the character that gave him the platform to showcase his acting skills in a way that resonated with viewers and as a result put him on the path to becoming one of Egypt’s brighest young actors.

In an interview with Egyptian channel Al Hayah, Kassem discusses his surprise at getting the part through an audition, as a role of this significance would usually be granted to actors that have already made a name for themselves, to a certain extent, in the industry.

This year, Kassem will be playing alongside Rosaline El Bay and Dina El Sherbini, in the drama series, Luebat Al-Nesyan.

Tune into all these exciting new drama shows during Ramadan by subscribing to Sling TV Arabic. Watch 7 Days Free Here.