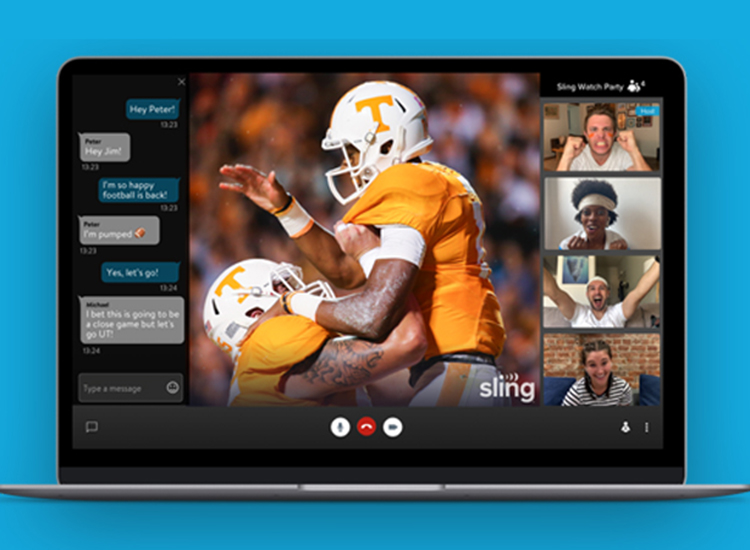 These days it’s more challenging to watch our favorite sports and entertainment together like we used to, and we’re feeling that pain too. Thankfully, SLING TV has just the solution — SLING Watch Party!

Now available on Google Chrome and Safari web browsers, the new beta feature allows Slingers to invite up to three guests to enjoy shared TV viewing experiences, just like watching SLING TV and being on a video call with your favorite people on one screen.

Here are our top recommended shows, movies and live events to watch with your friends and family this week and beyond:

Thanks to Anthony Davis’ buzzer-beater, the Los Angeles Lakers took a 2-0 lead over the Denver Nuggets in Game 2 of the NBA Western Conference Finals on Sunday night. But after becoming the first team to come back from two 3-1 series deficits, this scrappy Nuggets squad has proven that they’ll fight to the end. The Nuggets play their best with their backs against the wall, so even if they’re down 3-0, this should be a fun one to watch.

Star Wars: The Empire Strikes Back

It’s hard to think of any movie series more rewatchable than the original Star Wars trilogy. Luckily for you, TNT now has Episodes IV-VI on-demand — along with Solo, Rogue One, The Force Awakens, and The Last Jedi — so whether you want to revisit them for the one hundredth time or are introducing the Skywalker saga a new generation of fans, you won’t need to use Jedi Mind Tricks to convince your friends and family to join you for a Star Wars Watch Party.

One of the most popular shows on cable, The Walking Dead recently announced that the main franchise will be wrapping up after a super-sized eleventh season. But with a series of spin-offs in the works — including the new The Walking Dead: World Beyond, which premieres next month — there’s still plenty to sink your teeth into. The Walking Dead’s entire tenth season is now on-demand to get you ready for the season finale on October 4.

Speaking of long-running shows, American Pickers has been a HISTORY Channel staple since premiering in 2010 and it’s easy to see why. The show’s hosts — Mike Wolfe and Frank Fritz — are both immensely likable and deeply knowledgeable as they scour the country in search of rare antiques they can restore and resell. With over 300 episodes available on-demand, you’ll find plenty of treasures yourself as you dive into this fascinating, feel-good favorite.

In case you missed it, there has been a lot of news in 2020. With the election now just six weeks away, President Trump and Democratic challenger Joe Biden will square off in their first debate at Case Western Reserve in Cleveland, Ohio next Tuesday, with Chris Wallace of Fox News serving as moderator.