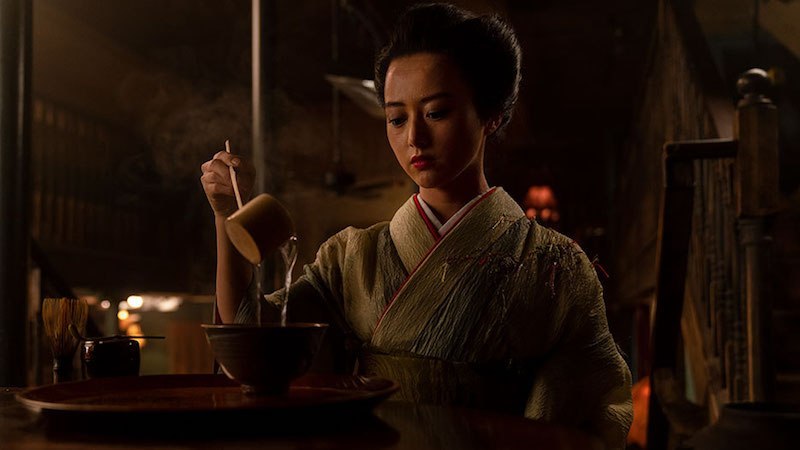 There may not have been a better TV surprise in all of 2018 than AMC’s spring limited series The Terror, based on a 2007 novel by Dan Simmons and starring Jared Harris and Ciaran Hinds. The story concerned a pair of 19th-century British naval ships in search of the then-theoretical Northwest Passage through the Arctic, stranded in the ice, and then stalked by some kind of supernatural force. If you missed it (you can watch season 1 on Amazon Prime) I don’t dare spoil it by saying more; suffice it to say, it had a very definitive ending and no apparent plan or path to a season 2.

Critical adulation can change even the most resolute of minds, however: though season 1 did not make anyone forget about The Walking Dead in terms of ratings, it was adored by critics (including the one typing this right now), so The Terror has been reconcieved as an anthology in the vein of American Horror Story, taking on an entirely new story in season 2, The Terror: Infamy.

The title is a reference to President Franklin Roosevelt’s announcement of the December 7, 1941 attack on Pearl Harbor by Japan, “a date which will live in infamy.” But as the series unfolds, it becomes clear that infamy is a two-way street.

Opening in late 1941 in the heavily Japanese-American fishing community of Terminal Island, off the coast of California, Infamy centers on Chester Nakayama (Derek Mio), a second-generation photography student with dreams of the city and a big problem: his girlfriend (Cristina Rodlo) is both Mexican-American (scandalous among his parents and the other first-generation Japanese) and pregnant (ditto, times a million).

It’s this predicament that sets the season’s events in motion, but I don’t want to say a lot more about how because part of the pleasure of Infamy, like last season before it, is how patiently it unfolds its story, and how much faith it has in the viewer to connect the dots. It will come as little surprise to anyone who has read a history book that, post-Pearl Harbor, Terminal Island does not remain a safe haven for Japanese Americans, and that the American reaction to the attack in relation to those Japanese Americans is one of the worst stains on the country’s character.

Likewise, it will come as little surprise to anyone who saw the first season that Infamy is not just historical fiction about a family caught in an awful war, but a historical horror mystery, as that family has to reckon with a deepening supernatural threat — something Chester believes to be a yōkai, or shapeshifting spirit of Japanese lore — that seems to be menacing the whole community, but following Chester and his family in particular.

After watching four episodes, I still don’t have a firm handle on the yōkai side of the story (the rest of it is pretty straightforward), but I’m starting to get some ideas, which is right where you want to be at episode 4 of a 10-episode run. But to paraphrase the late, great Roger Ebert, it’s not what the show is about that’s important, it’s how it’s about it. So yeah, it’s about a supernatural threat to a Japanese-American family during World War II, but it’s about that with deeply felt details about the difficult relationships between fathers and sons, between first- and second-generation Americans, between immigrants and native-born whites, and between old traditions and the modern world.

It is also expertly directed (the first pair of episodes by Josef Kubota Wladyka, the second by veteran Michael Lehmann), rich with the kind of period details that lend authenticity, like the fact that in addition to a 1941 fedora, Chester wears an unspeakably ugly plaid wool and brown leather jacket, or when, serving as an Army translator, he gets a letter from home only to find all the names have been carefully scissored out of the letter.

This attention to detail may be down to the fact that George Takei — yes, Star Trek’s Mr. Sulu and King of Twitter — spent time as a child in an internment camp and serves as both creative consultant and acts in a supporting role as a community elder. Takei is one of only two faces I found at all familiar (the other being C. Thomas “Ponyboy” Howell), but that is another of Infamy’s strengths: the performances are uniformly excellent, and coming from unfamiliar actors, are that much more persuasive, and help the viewer to lose herself in this world that much more quickly.

We’ve seen how badly things can go when something that was intended as a standalone, one-off story suddenly gets popular and half-baked additional seasons or sequels are rushed into production — I’m looking at you, Big Little Lies and The Matrix Reloaded. Thankfully, the team behind The Terror has expertly avoided that kind of sophomore slump, and I can’t wait to see where they go in season 3.

The Terror: Infamy premieres at 10pm ET Monday on AMC; new episodes will be available on demand Tuesdays.