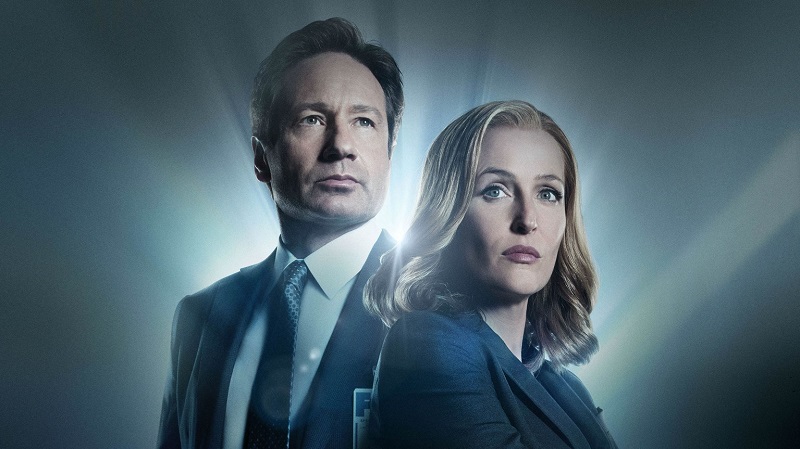 The truth is out there, and so is all 10 seasons of The X-Files on-demand!

Starting today, December 18, every episode of The X-Files will be available for bingewatching on FOX on-demand. In case you won’t have the time to bingewatch all 10 seasons before The X-Files returns on January 3, here are the15 best episodes to watch:

This was the first episode to establish the “monster of the week” style that became the signature format of The X-Files. This was also one of the most inventive storylines the show had throughout its 10 season (and counting) run. This episode centers around a body-contorting mutant that comes out of hibernation every 30 years to feed on human lives in order to survive through the next sleep cycle. This monster way brought back for an encore in episode 21 of the same season — one of the few times any monster was a repeat offender.

‘Eve’ was an early episode that stood its ground as the series progressed. It stars with one storyline about vampirism and cattle mutilation before switching gears into the actual focus of the case, a Cold War-era cloning program that produced two twin girls with different biological parents.

This was the first episode, really, The X-Files expertly used comedy as a driving force in an episode — something that came naturally as part of the show since this episode premiered. Peter Boyle guest stars as Clyde Bruckman, an insurance salesman who is able to see how people will die, including himself. But, he deals with such a curse by injecting dark humor into it. Boyle found himself taking home an Emmy for his performance as Bruckman — it seems impossible for him not to have won with his expert delivery of mistakenly calling a water boiler a “fat white Nazi stormtrooper.”

Breaking Bad fans may be surprised to learn (or maybe not) that Breaking Bad‘s creator Vince Gilligan was a staple writer on The X-Files, and this was quite possibly his first great episode of TV. Scully and Mulder are on the hunt for a man who can make people do whatever he wants just by suggesting it.

Following his excellent writing of “Clyde Bruckman’s Final Repose,” Darin Morgan brought one of the funniest and most demented stories of the entire series. In this episode, we follow an alien abduction of a pair of teenagers as told from several different perspectives as our titular character, Jose Chung, is doing research for his new novel. If the storyline wasn’t worthy enough, the fact that Alex Trebek and Jesse Ventura guest star as an alien-fighting duo should do it.

This was the first episode to feature a “viewer discretion warning,” and rightly so, though had it come out today, it wouldn’t have warranted such an alert. It’s easily one of the most disturbing episodes to come out of the series: it starts with a baby (unclear if it’s alive or dead) being buried and ends with a very deformed man having sex with his equally deformed mother to ensure their line of inbreeds continue on.

The main focus of this episode is vampires but not as we traditionally see them in pop culture (even in a pre-Twilight era), these vampires have glowing green eyes and take their victims down by drugging their pizzas and puncturing them with fake teeth. As Mulder and Scully relay their recollections to their boss, Skinner, the two versions turn out to be vastly different, exposing how they seen one another. This episode, as you can probably guess on the vampire descriptions, is pretty comedic.

This epsiode is oddly relevant for today’s social and political climate. Mulder is approached by a far, far-right militia group called the New Spartans to engage with them in their anti-government schemes. It turns out to be a tangled web of who-is-using-who that leads the audience to wonder what sort of plotting and scheming does our government do and how far will they go to achieve their goals.

This is another one for Breaking Bad fans; this episode carved the way for one of the (other) best shows on TV. Not only is it expertly written by Vince Gilligan, it stars Bryan Cranston as a man who is tormented by a piercing sound that will make his brain explode unless he drives as fast as he can west — he also takes Mulder as a hostage. Meanwhile, Scully is trying to figure out the cause of this infection that also killed the man’s wife. Whether the story compels you or not, it’s worth seeing the moment Gilligan and Cranston first met and worked together and compare it to the raging success they found in Breaking Bad.

This was one of the most inventive and unique episodes during the X-Files’ original run. When Mulder sneaks on the RMS Queen Anne, a ship that disappeared in the Bermuda Triangle during World War II, he somehow travels back in time to September 1939 along with all of the show’s cast. It’s split into four different acts, all appearing to be a single 11 minute shot that’s also intercut with modern day Scully searching for Mulder on the ship, which has reappeared in the Bermuda Triangle.

This is one of the most fun episodes of the entire library, and there isn’t much convincing needed to watch it. Try this on for size: Burt Reynolds plays a divine being who loves the patterns of the natural and man-made world as well as checkers, music, and running card games on the street.