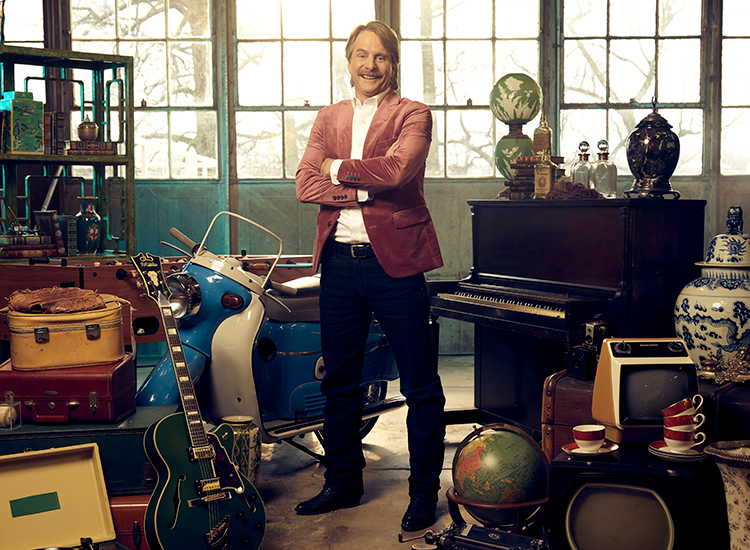 Calling all thrifters, collectors or anyone nosey enough to take a peek inside a stranger’s house, the new A&E series What’s It Worth? awaits. Hosted by Jeff Foxworthy, the 30-minute show — premiering Tuesday, Aug. 4 — virtually connects folks from around the country with the comedian and a rotating cast of appraisers to eyeball their hidden treasures and worthless trinkets. Some items are an obvious homerun, like one granddaughter’s never-been-washed security jackets from the original Woodstock in 1969, while others provide a satisfying surprise when the mildly cheesy price counter graphic reaches into the thousands. But the real joy comes from visiting families in their natural habitat during this exhausting time of social distance. Think of it as the one Zoom call where you don’t have to worry about the mute button.

Here are three takeaways from the inaugural episodes of What’s It Worth?:

Many of the pandemic premieres and live specials that utilize video-chat technology feel flat and disconnected, but What’s It Worth? maintains a sprightly pace. That’s partially due to the number of – for lack of a better word – contestants featured on each episode. The show wastes no time bouncing between one household to the next and the absence of filler and needless recapping is refreshing. As with our own awkward Facetime moments, sometimes you’ll get a weird up-the-nose shot, or a child will move into the frame in extreme closeup, or a parent will have to run off in a panic to keep a toddler from entering the shot sans pants. It all makes for a loose, impromptu atmosphere that never fails to garner a laugh. And who doesn’t need a laugh right now?

Jeff Foxworthy is a Gem

As the star of his own sitcom and a long-running hosting stint on Are You Smarter Than a 5th Grader?, the comedian knows his way around a TV series. A self-described collector, Foxworthy actually looks intrigued by the miscellaneous wares on display and his easy-going demeanor plays well against the manic energy of the guests.

The Stuff That People Hold Onto Never Fails to Amaze

A life-size religious statue. A collection of wide-eyed dolls. A discolored skeleton. People have the strangest things tucked away in their basements (if they didn’t, we wouldn’t have a show). Everyone hopes to hit the jackpot with their trinkets, and surely the odds are in their favor if What’s It Worth? features them in the first place. The big question that goes unanswered, however, is whether or not sentimentality wins over cashing in.

What’s It Worth? airs two back-to-back episodes Tuesdays at 9pm ET on A&E