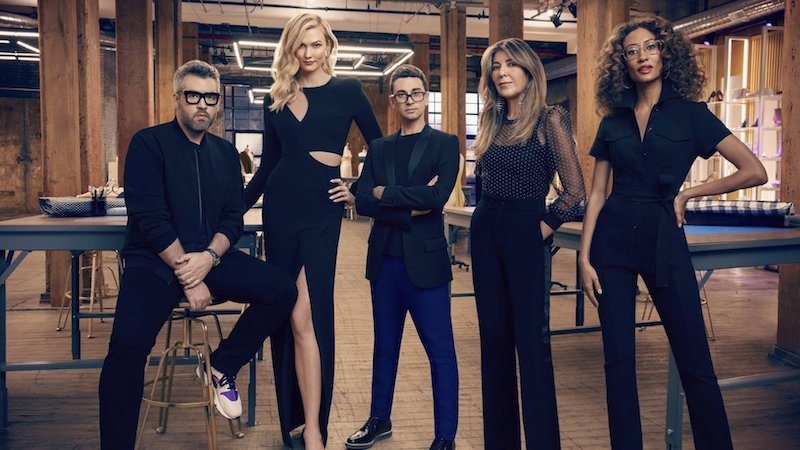 Nearly 18 months after its last season, Project Runway returned last week to television and to its original home, Bravo, with an (almost) all-new cast, and I’d be lying if I didn’t admit that I was a little skeptical going in.

I’ve been a fan of this show for as long as it’s been on, and it’s always been my favorite reality competition for two simple reasons: One, unlike Top Chef or any of the cooking shows, where I have to take the judges’ word for what’s good and what’s not because I can’t smell or taste the food through my TV (though I hear Apple has been working to remedy that problem), I am able to form my own opinion of the contstants’ work on Project Runway, because while I may not be a clothes horse or a former editor of Elle, I do have eyes.

And two, unlike The Bachelor or Temptation Island or quite a few other reality series, the show does not rely on romantic entanglement, personal friction, or alcohol abuse to create drama. It just puts a bunch of talented people in the same room, working as hard as they possibly can to advance their dream careers.

I was also very comfortable with former host/mentor combo Heidi Klum and Tim Gunn, who left the show in the wake of the Harvey Weinstein scandal (Weinstein had been an original producer of the show), and had a hard time imagining anyone else taking over the roles they made so iconic.

My biggest impression of the new incarnation, which welcomes supermodel Karlie Kloss as host, season 4 winner and celebrity designer Christian Siriano as mentor, former Teen Vogue editor Elaine Welteroth and designer Brandon Maxwell as judges, and my personal favorite judge, Nina Garcia, the only holdover from the old show, was shock at how little I missed Heidi, Tim, and Zac Posen.

The new season gets a running start — for a second I thought I must have accidentally skipped the intro — opening on a new, much brighter set for a quick runway show of the new contestants’ past work — a great way to introduce them all — before Christian tells them, “Today we saw the beautiful designs you can make with all the time in the world — but now you’re on Project Runway.”

Pretty soon Christian is giving the designers marching orders for their first challenge, which very smartly revolves around the judges — another great way to introduce new faces and by far the most time any Project Runway has given its stars to talk about themselves.

In general, the biggest difference I see from the old show — apart from the much more spacious, warmer-toned workroom and the brighter runway set (seems like Bravo gave the show a much bigger budget, which makes sense considering its decade-long Real Housewives winning streak) — is that the judges seem to be much more accessible to the designers, less mysterious and scary, trying to lift up and inspire the contestants rather than intimidate them, saying things like “it’s about how fashion makes you feel” and “Listen to that point of view that is different because that is where you’re going to find your strength.”

The show also takes time to linger on moments of inclusion and friendship. Project Runway was never not diverse, but it seems to be more self-consciously so now, which is appropriate in 2019. Gone are the days of vicious queens trying to cut each other down with arch one-liners in the workroom; just before the runway show in the first episode, several designers get together to help a designer who’s well-liked and desperately struggling. This show and its challenges are so difficult, it’s heartening that the show is not ginning up interpersonal drama.

Some other modernizing tweaks: right after sending their models to hair and makeup — always my cue for a bathroom break — the designers have to shoot photos of them for Instagram, a crucial element of success in the fashion world that didn’t even exist until this show was in its 12th season; the designers who are not in the top or bottom three are able to listen in on the judging via closed-circuit TV; and the show is using transgender and plus-size models for all the challenges.

Some things that haven’t changed: designers’ fashion sense when dressing themselves is still largely terrible — one of them vacillates between looking like Punky Brewster and an Oompa-Loompa — and, amazingly, the music cue for the final declaration of the week’s winner.

Across the board, the show feels simultaneously brand new, and the same show I’ve always loved. I hadn’t realized that the Heidi/Tim version was getting a little stale until I got this breath of fresh air.

New episodes of Project Runway premiere at 8pm ET Thursdays on Bravo, and Fridays on demand.