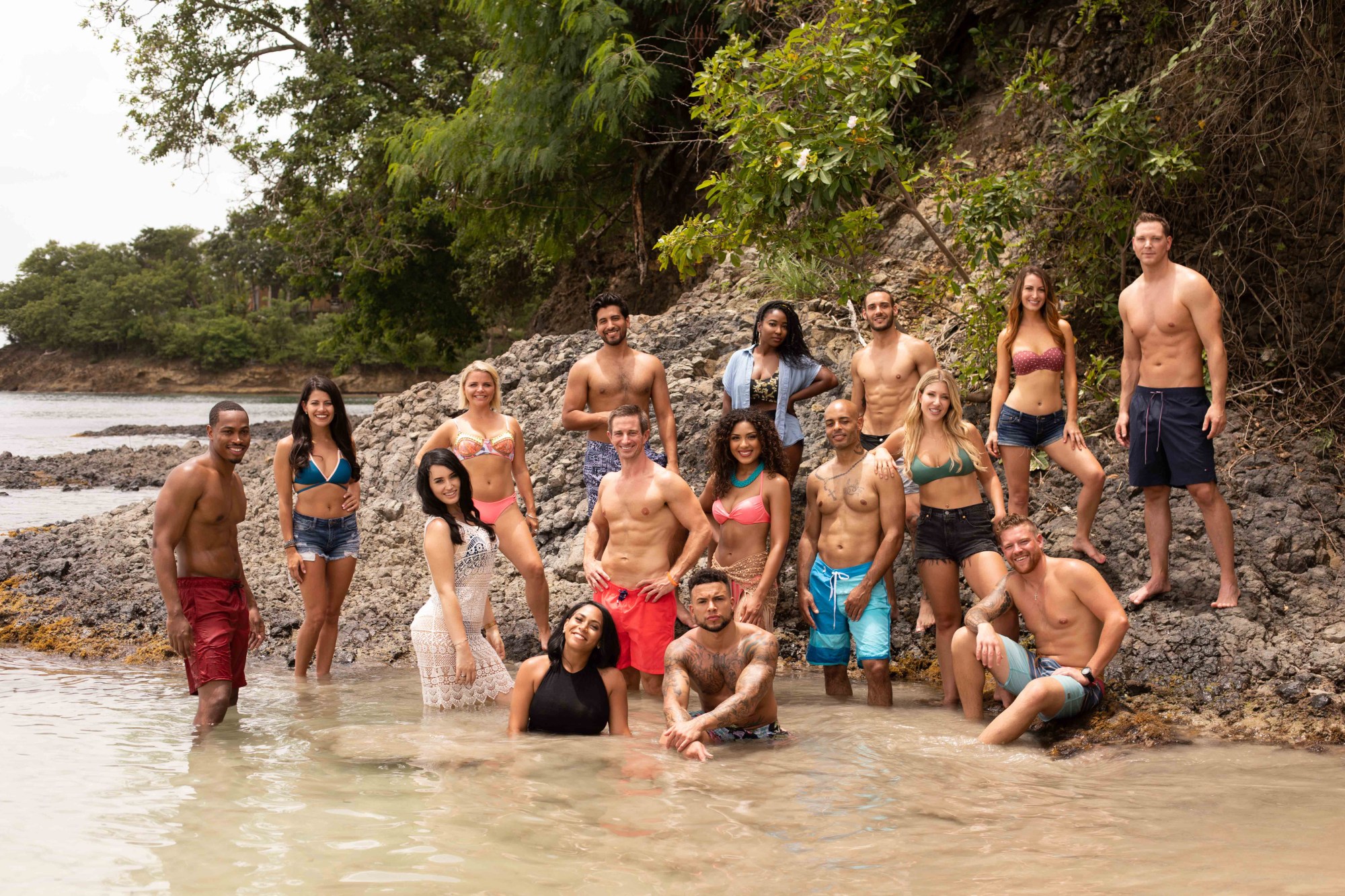 Married at First Sight: Honeymoon Island twists Married at First Sight’s already-twisty premise.  On MAFS, strangers are matched by a panel of “experts” (heavy on the quotation marks) and meet, as the name suggests, at the altar.  The season then focuses on newly-minted married couples going through a series of standard growing pains (getting rid of each other’s ugly art! buying a dresser!  entertaining each other’s awful friends!) before deciding whether to stay together or get a divorce.  Or, you know.  Stay together and THEN get a divorce.

But the part that MAFS tends to skim over is the pre-marriage part.  After all, in order for our trusty “experts” to select their six chosen prince and princesses before forcing a first kiss in front of all their wedding guests, they have to reject a whole lot of frogs along.  And what, you may ask, does one do with a good handful of said amphibian rejects?

You put them all on an island, through in a few smug glances from Pastor Cal and his pal Dr. Jessica, and call it a “social experiment.” That’s what.

In the quest for a match based on “instant chemistry” (read: the couples should be making out a whole lot more than they have so far), Honeymoon’s cast of MAFS rejects have two days to pair up amongst themselves, or risk being rejected from the island of rejects (and no, the double negative doesn’t make that a positive in this case).  The rest of the season, it seems, will focus on the couples building their relationship, all while (*gasp*) NOT being married.  Based on my viewing of this week’s premiere episode, here are a few plot points that I predict will ripen into full-on storylines in the season to come.

Either this show is contractually obligated to mention the name of the resort in which they are filming approximately 80 bajillion times, or they’re just REALLY into resort living.  Honestly, the never-ending promo is kinda working for me (doesn’t it look lovely?)  But personal preference aside, I’m excited to watch as the tranquil beach background begets a season of weird tanlines, weirder one-liners and – of course- countless amounts of tears.

The Neon- Colored Question mark Hovering over Jada and Chris

I nearly fell out of my seat when Chris told the “experts” that he was far more attracted to cast mate (and recently rejected-by-the-rejects) Joceyln than his actual choice, Jada.Luckily, the seatbelt sign was on, so that caught me just in time.  Thanks, United!

My own functional issues aside, I have to imagine that Jada’s reaction to Chris’ easy admission was far more sever than mine.  But I won’t have to rely on just my imagination for long.  Based on the season preview, it looks like Joceyln returns for a second cut at her 15 minutes to challenge Chris’ choice of Jada over her.

The Overwhelming Underwhleming-ness of Eric and Katie’s “Connection”

Full disclosure, if I were ever to find myself in the unparalleled luxury of the phenomenon that is St. James’s Club Morgan Bay (more on that below), I’d be all in on Eric.  It is therefore with only the tiniest (ok, maybe slightly more than tiny) grain of jealousy that my wholly impartial observation of his romantic choices thus far is: seriously, what’s the deal with Katie?  Granted, we’re just one episode in, but she’s only managed to squeak out a few pleasantries about a recent trip to South America.  Honestly, this woman somehow made an ecolodge in the Amazon sound downright dull.  I hope I’m proven wrong, maybe I’ll be proven right, but either way, I just have to know how her relationship with Eric pans out.

The Colorado of it All

Is it just me, or is half the cast from Colorado?  As a current Coloradan myself, I always knew I had attractive neighbors, but I never really believed that the rest of the US would know it too.  Is there something in the water here that drives up our propensity to put our romantic fate in the hands of a pastor, a phD (who just happens to be dating a former contestant), and (for the show’s original iteration only) the AARP’s love guru?

On the bright side, however, maybe there’s hope for me and Eric after all.  A Coloradan can dream.

New episodes of Married at First Sight: Honeymoon Island air Tuesdays at 9pm EST on Lifetime and are available the next day on demand.