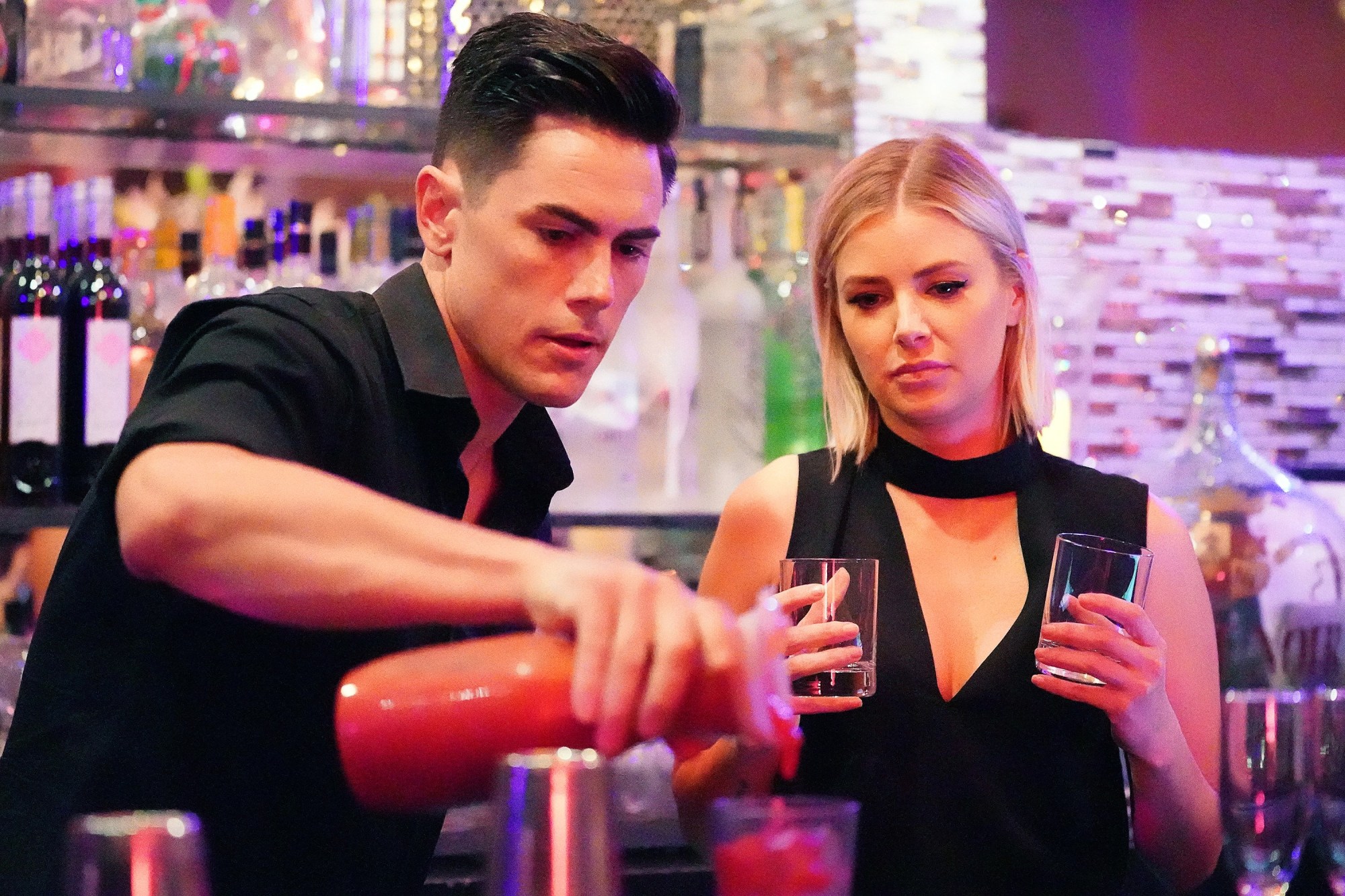 It’s that time of year again.  The Malbec is a-flowin’, the Lala is a-groanin’, and Jax Taylor is swearing that he’s a changed man.

Obviously, that last thing is definitely a new one.

Still, for a show that’s been airing as long as it has, Vanderpump Rules has managed to stay every bit as viciously fresh as the day that Stassi first declared, “I AM the devil.”

Here are just a few of the many moments I never saw coming (plus some that I definitely did, but love all the same) in the early episodes of the show’s new season.

It somehow seemed almost wrong to see Raquel featured in her very own one-on-one interviews.  After seasons of playing the half-acknowledged accessory to one James Kennedy freakout or another, this once-and-future beauty queen now actually seems to be…expressing herself.  Granted, she couldn’t quite hold the attention of Jax (who seemed far more interested in checking out his own pit stains than listening to the couple fight), but she certainly held mine.

Those of us who listen to Stassi#8217;s podcast on a more-than-regular basis (shoutout to my fellow Khaleesis) already knew that there’s something different about her newest boyfriend.  He doesn’t sleep with her friends (see below) or blackmail her with sex tapes.  And he definitely, DEFINITELY isn’t one for the mansplaining, which was on overdrive with her last boyfriend:

Beau has so many things going for him: he’s not Jax, he’s not Frank, and he is 100% completely not Patrick.

But for all the things that Beau is not, there are so many more that he’s already proven to be.  And if the normally stone-faced Stassi tears don’t tell you all you need to know, well, you’re just not listening closely enough.

James Kennedy being fired from SUR has become the “You killed Kenny! You b*****d!” of every Vanderpump season.  It’s predictable, it’s unavoidable, and I’ll begrudgingly admit that it’s not an insignificant part of the reason I watch.  But for all the time I’ve seen him be fired from SUR, I’m not entirely convinced I’ve ever seen him actually, you know.

And frankly, after watching him stalk off from pride with a cigarette in one hand and Raquel’s dignity in the other, I’m pretty sure I still haven’t.

If you’re new to Vanderpump Rules, let me get you up to speed on a few things.  Stassi used to date Jax Taylor, friend of Tom Sandoval, who used to date Stassi’s BFF Kristen.  Season 2 of the series features a whole lot of Kristen-fueled denials before she finally confessed to sleeping with Jax – multiple times – while then-boyfriend Tom slept in the next room.

Fast forward five seasons, and now Kristen is gossiping to a shock-feigning Stassi, claiming that James (Kristen’s post-Sandoval ex) spent Coachella hooking up with another woman while James’ girlfriend slept in the next room.   Granted, this is hardly Kristen’s first time at the ‘my-ex-is-cheating-on-his-new-girlfriend rodeo (RIP, Miami Girl).

Blame it on the Botox over-indulgence or just some incredible acting skills, but either way, both impressively barreled through the tale without once acknowledging the parallel to their own past.

And now, a few not-so-surprising things…

James and Jax are no longer friends

Not even the “brand new, limited edition supreme underwear” that Jax allegedly bought James (though honestly, when have we ever known the man to buy things?) could save the once-blossoming bromance.

Scheana and Rob are no longer together

He can hang a television in seven minutes, but he needs an entire afternoon of fantasy draft picks in order to dump a Scheana.  And for all the Rob-raving we heard from Scheana last year, she seems to be doing just fine.

We’ve kicked things off with an engagement

I would have expected any other proposal to take place in a locale with real toilets and zero plastic trays.  But for a Jax Taylor engagement, it was actually pretty true to form (bathroom humor and all).  And since there’s nothing VPR can drag out longer than a good will they/won’t they marriage plotline (remember how long Tom and Katie’s lingered?), you can bet that the drama’s only just getting started.


New episodes of Vanderpump Rules air 9pm Eastern Mondays on Bravo and are available the next day on demand.