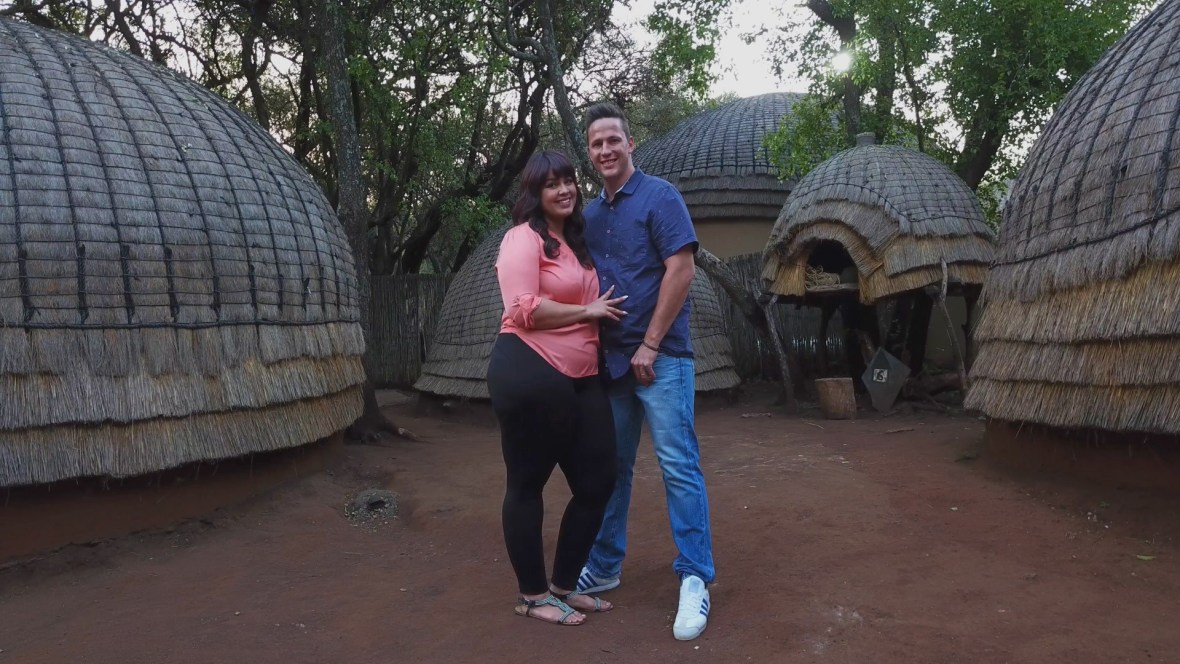 How much do you really know about this rando that suddenly started leaving his socks in places they have no business being? Is he really as funny as the uncharacteristically-loud laughter he inspires in you would suggest? Or are you just lost in an overpoweringly romantic fog, gliding past the serial-killer tendencies lurking just below the surface?

Luckily for the 90 Day Fiancé: The Other Way crew, there’s no sign of any actual serial killers among them. Not yet anyway. But the show is nevertheless replete with relationship perils. Pair that with the high stakes of moving across the globe, and you’ve got yourself a real winner.

This newest iteration of the 90 Day Fiancé franchise follows Americans who leave the U.S. to be with their betrothed. It’s not quite the original (non-Americans move to the U.S. for love), nor is it 90 Day Fiancé: Before the 90 Days (Americans traveling internationally to visit a significant others, but pre-engagement). Yet it has elements of both, which it mixes into something that’s all its own.

Which brings me back to the terrifying part. There are six couples whose stories we’ll be watching this season. And almost all of them have a relationship that’s just a little…off.

For instance, Corey, a 31-year-old from Washington, was perfectly happy living on his family’s isolated wooded compound. Then came his Ecuadorean fiancée, along with her need for around $40,000 in cash, clothes, cars, and cocktail bar ‘investments’. Does he speak Spanish? No. Does he know what he’s getting or has gotten himself into? Probably not. And yet here we are, watching him tell his long-suffering family that he’s moving to Ecuador.

Similarly, Tiffany, a 27-year-old from Maryland, is moving with her young son to South Africa. Why isn’t her fiance, Ronald, looking to make a move stateside? Perhaps – and I’m just speculating here – an extensive criminal history and potentially-not-yet-rehabbed gambling addiction could be to blame.

Sure, it’s infuriating to watch Corey, Tiffany and company ignore the red flags smacking them in the face. However, it’s also what makes the show so relatable. The cast is clearly caught up in the excitement of their cross-border romances. Corey lights up like the heart-eyes emoji whenever he mentions Evelin (which is…a lot). Tiffany has a certain twinkle as she describes the night that Ronald proposed. And as they blissfully breeze by piles of warning signs, I started to spiral. What kind of crazy am I overlooking in my own relationship?

But just as I was ready to fully succumb to paranoia, one couple offered a glimmer of hope.

I’m talking, of course, about Jenny, a 60-year-old Californian, and her 30-year-old Indian fiancé Sumit. Sure, they started out on shaky grounds (he was catfishing her on Facebook. Nobody’s perfect). But he quickly realized that he loved her too much to keep lying. Say what you will about those two – but only after you’ve watched Sumit tear up as he talks about Jenny. Love is real, and it’s happening for at least one of the 90 Day Fiance: The Other Way couples.

90 Day Fiance: The Other Way debuts with two back-to-back episodes Monday, June 3 at 9/8c on TLC.