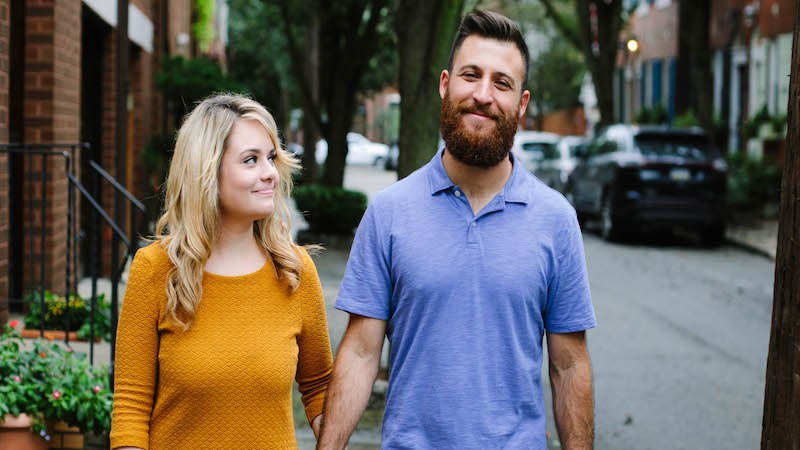 When it premiered, Vanderpump Rules was a reality show about beautiful people with dreams of fame working in a restaurant. Eight seasons in, it is a reality show about beautiful people who became famous because of said reality show and have now given up all pretense of still needing to work in a restaurant. With the bulk of the show’s most popular couples (Ariana and Tom, Jax and Brittany, Tom and Katie, and Kristen and her crazy) now trading West Hollywood apartments for homes in the Valley, something had to change.

While they’ve tried it before, the new blood for this season has staying power. There’s Max, who already dated cast veteran Scheana and is fresh from a hookup with fellow newcomer Dayna. And Brett, who seems to be making it his mission to let everyone know he is definitely, DEFINTELY not dating Scheana. Not to mentioned the aforementioned Dayna, who seems destined for a serious Scheana-centric showdown.

And yes, I’m sensing a pattern here. But lest we forget, Scheana, the one-time mistress of former The Real Housewives of Beverly Hills cast member Brandi, was critical to Vanderpump‘s origins. She bridged the spin-off from The Real Housewives of Beverly Hills to Vanderpump Rules all those many years ago. With the “Good as Gold” songstress at the center of it all, the magic of Vanderpump is as strong as ever.

Luckily, as it embarks on its tenth season, the show knows how to things spicy. Sure, the basic premise is the same: Matchmakers pair strangers based on elusive ‘compatibility’ factors, introduce and legally wed them while their families look on in a mix of joy and horror, and then counsel the couples along the way. But this season, the show has picked its victims contestants from the power-fueled ranks of Washington, D.C. And there’s a healthy dose of ‘how-could-this-POSSIBLY-go-wrong casting (think: an unabashed mama’s boy, a tragedy-riddled figure skater, and an impossibly hot man who swears he’s ready to not care about looks anymore). The show’s supersized couple-numbers and episode length couldn’t come at a better time.

But the theme of the competition doesn’t stop with the teams. I admit, I was skeptical when they announced ‘state shapes’ as the theme for the first competition. I was quickly corrected; make no mistake, this is not your fourth-grade class presentation featuring a square-ish shaped Iowa with a poorly sketched cornfield. This is a level of art and imagination that I could never have seen coming.

Once you’ve seen ten seasons of unclothed pairs surviving in the wild, you definitely need to see the eleventh. But this time, it’s solo survivors (each a returning player) taking a 21-day nude romp through nature’s scariest settings.

Being fully accountable for one’s own survival adds palpable pressure. The highs (downing an impala with the perfect shot) and lows (learning a leopard has stolen most of the meat from said impala) are all the more impactful. And of course, there’s a slow decent into the madness of having no one but a hand-held camera to talk to. But if you’re in the mood to watch some truly unparalleled feats of survival, you’ve come to the right place.

Say Yes to the Dress America

There will always be a place in this world for Say Yes to the Dress‘ tried-and-true formula. Episode after episode, starry-eyed (and sometimes spoiled) contestants enter the hallowed halls of Kleinfeld Bridal, prepared to bend those poor salespeople ’til they break try on and select the wedding dress of their dreams. And don’t worry, with the show’s new twist, there’s still PLENTY of that.

This season, reality ‘star’-slash-bridal designer Randy Fenoli plans to marry one couple from every state in the nation at a simultaneous ceremony in New York City. And to play up the irresistible kitsch, Randy is showing up Publisher’s Clearinghouse-style at the homes and/or places of employment of the luckiest of those brides to celebrate. What’s on the other side of that door?

So far, we’ve seen the infectious enthusiasm of Georgian bride Katie, whose Southern Accent squeals at decibels that not even my dog can decipher. Not to be outdone, West Virginian Erin, who met her husband in jail (don’t get too excited, this isn’t Love After Lockup; they met working at a juvenile facility) and doesn’t know what the word ‘bohemian’ means, rejected an impressive volume of dresses before finding love in a poofy ballgown. As Randy continues his coast-to-coast tour, Say Yes to the Dress lets you get to know your fellow Americans a little bit more – and most likely, a whole lot better than you wanted to.

Say Yes to the Dress America airs Saturdays at 8pm EST on TLC.