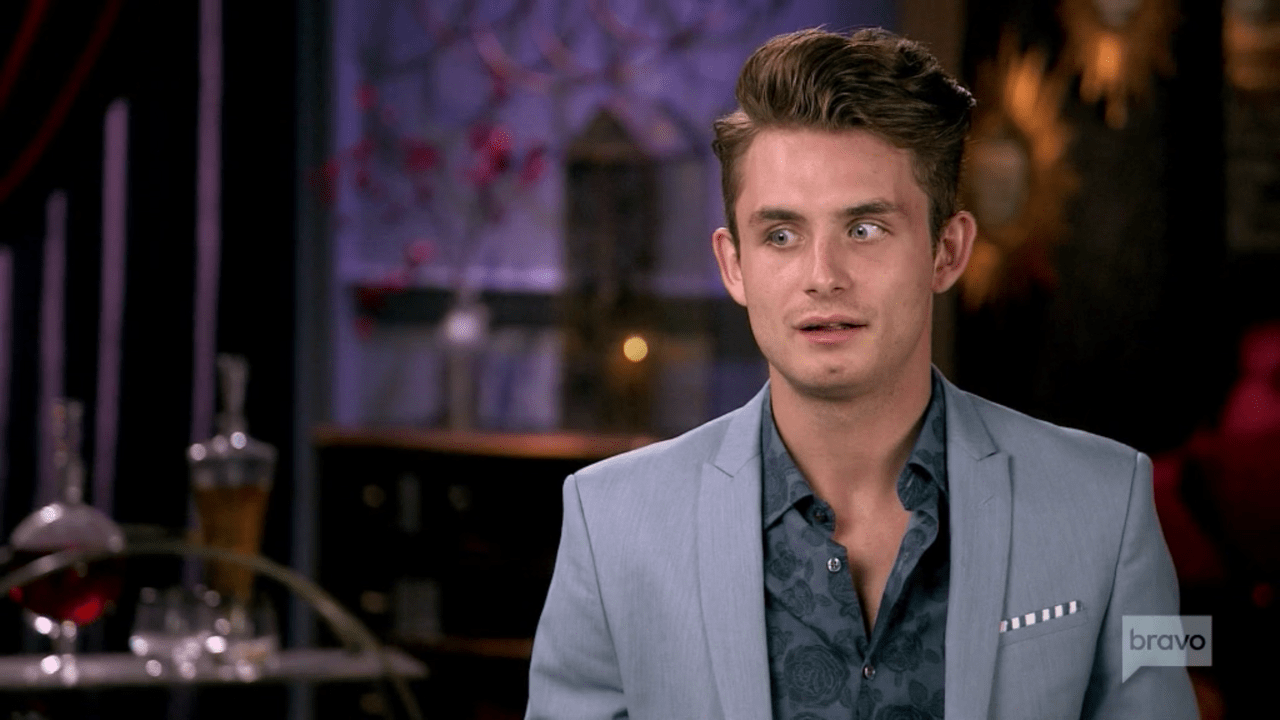 Vanderpump Rules’ drunken stumble out the gate for its sixth season is a spectacle not to be missed. The show’s uncanny ability to change absolutely everything while also remaining exactly the same is second to none. Sure, there’s a lot to catch up on in the season’s opening (Ariana’s hair seems to have its own storyline; there’s a new restaurant in development). Even so, there’s a lot more to drum up those fuzzy feelings of nostalgia.

Faith is back on the show (kind of).

If you managed not to blink during the fourth season of Vanderpump Rules, you may remember Faith. Last we saw her, she was bopping politely along to the sweet sounds of one Charles McMansion (remember when Tom Sandoval had a band?). These days, Faith is carrying a completely different tune. While she’s not an official member of the cast, her incredibly detailed retelling of her sexcapades with Jax have put her squarely on their radar. Incidentally, the attention also gave her more lines during the show’s opening episode than she had during all of the prior times we’ve seen her combined.

Jax has already denied cheating (before coming clean to doing just that).

Jax Taylor’s game-changing admission, “I did go to Vegas and have relations with somebody else,” make my blood run cold to this day. It was the first time that Jax, who had spent the entirety of the show’s first season denying Stassi’s claims that he cheated, confirmed his casual relationship with the truth. Later in the series, Jax-related rumors swirled once again. This time, they centered on his relations with Stassi’s friend (and Jax’s best friend’s girlfriend) Kristen. Those turned out to be true as well, despite Jax’s initial claims of innocence.

This season, Jax’s sexual escapades with Faith slammed his fidelity (or lack thereof) back into the spotlight. To his credit, he only spent half an episode, and not an entire season, denying them before coming clean. But the cycle of ‘cheat, deny-deny-deny, come clean’ has proven so central to his storyline that it’s hard to believe this shift in speed represents any real change in who he is.

The implosive nightmare that was Stassi’s “stylist career” has evolved into Stassi’s “event planning career.” Her first step? Asking Lisa Vanderpump to be her mentor. Given the unhappy disaster of Stassi’s last Lisa-led internship, it’s likely this will not end well. However, it is incredibly convenient that this new path gives her an excuse to hang around SUR with the rest of the cast during filming. At this point, all that’s left is to wonder how far Stassi’s confessed YouTube training will take her – not to mention how quickly it will leave her astray.

James is once again a DJ at SUR

James Kennedy has been fired on screen so frequently that it’s turning into a season staple. This time around, he was officially re-un-fired from SUR with a standing Tuesday night DJ gig. If the past is any indication of the present, it’s only a manner of time before this re-un-firing unwinds into a disaster of epic proportions. I have every confidence that it will be just as riveting this time around.

Stassi and Katie are reliving their anti-Scheana truth.

At the beginning of season 1, Stassi rallied the cast around hating Scheana because of Scheana’s notorious past with a married man. During season three, Stassi’s sharp “I’m not really sure what I’ve done to you, but I’ll take a pinot grigio,” retort to Scheana pretty much said it all. While the two have also been allies on and off over the years, there are enough forces driving them apart that their resting state seems to be at war (whether via Instagram or otherwise).

This time, castmate Katie Maloney-Schwartz is at the center of their standoff. Scheana’s brief explanation of her rift with Katie is conveniently confusing, suggesting that there must be more to the story than what she is letting on:

“I had made a comment comparing the amount of friends Katie and I have…and it got back to Katie that I said she has no friends. I meant it as a complement, she took it has an insult,” she said.

In any event, Stassi’s clearly team Katie on this one, leaving the door wide open for another season of delightfully petty sparring to come.

Scheana still wants us all to know that she is totally, completely, definitely-not-making-this-up happy.

Making a mind-jerking rebound from last season’s on-camera divorce, Scheana’s kicking off the season with a new man and a newfound case of amnesia. “For the last ten years, this is all I have wanted,” gushed Scheana about her new boyfriend, neatly omitting the memory of her marriage. This kind of over-the-top overt display of happiness is all too typical of Scheana. Through her ex-husband’s struggle with addiction and the excessive time he spent “in the studio,” Scheana put an impossibly glossy sheen on her (currently-defunct) marriage. Now that she’s back to her same excessively giddy ways, you can bet it’s only a matter of time before this couple’s cracks begin to show.

New episodes of Vanderpump Rules air Mondays at 9pm ET on Bravo, and are available the next day on-demand.