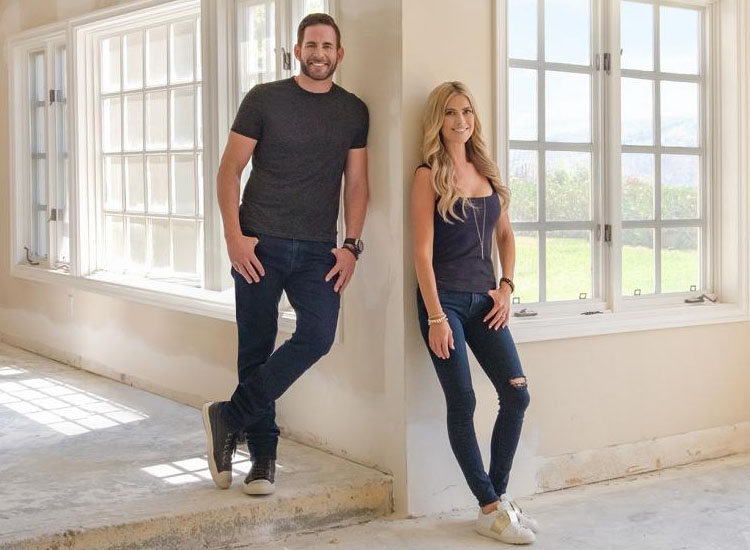 With the Fall TV season getting underway, we’re spotlighting some of the most popular networks available on Sling. Next up is HGTV, which is available to all Sling Blue and Orange subscribers.

What’s it about?: Fans thrive on the off-camera drama surrounding former husband-and-wife duo Tarek El Moussa and Christina Anstead – and there’s been plenty over the years since their first show, Flipping 101, premiered in 2013. The couple weathered becoming stars, parents, exes and, in El Moussa’s case, a cancer survivor. The pair return for a slew of new episodes as they continue buying up some sketchy-looking SoCal properties to turn them into multi-million dollar gems. Word is they also encounter their grossest flip ever this season. Who doesn’t love a good makeover?

As the title of a seminal Bob Dylan documentary once wisely warned us – don’t look back! Well, tell that to a TV network that sends crews – both film and construction – into indoor spaces during a pandemic. Renovation, Inc., which airs Sundays at 8 pm ET, is HGTV’s answer to restrictive pandemic production environments, and if you didn’t live in Canada in 2016, this show will actually be new to you. The HGTV Canada original follows Renovation Island stars Bryan and Sarah Baeumler way up North before the couple transformed an eyesore of a beach resort in the Bahamas into Caerul Mar Club. Who says you can’t go home again?

What’s it about?: Arkansas home renovators Dave and Jenny Marrs do it all: raise a family of five kids, man a working farm, and convert decaying structures into visions of grandeur for delighted homeowners. Jenny’s flair for detail coupled with Dave’s focus on quality building make for a dynamic duo that infuses each project with a little bit of pixie dust. From using old basketball court flooring as a surface for a table to converting a book case into a secret door, each house gets a special touch in this 13-episode run.

What’s it about?: The holidays will certainly feel different this year, but thankfully we’ll have Martha Stewart to guide us through the secluded season with her dulcet demeanor. This batch of eight episodes finds the crafting maven on her farm in Bedford, N.Y. tending to her garden and prepping both aspirational and achievable decorations, floral arrangements and recipes to feature during Halloween and Thanksgiving.

What’s it about?: Nobody knows that home is where the heart is quite like Drew and Jonathan Scott. The wildly popular brothers whose faces are almost synonymous with HGTV strive to give families of all shapes and sizes the perfect four walls to build a life inside. This spinoff focuses on finding and creating a home for folks who are really looking to settle down in one spot long term. This season we’ll see Drew and Jonathan help a family who recently adopted four children and a pair of high school sweethearts wishing to return to the site where their love first blossomed.

What’s it about?: Is Under the Tuscan Sun Lorraine Bracco’s favorite movie? We may never know, but the Sopranos star is taking a page from the golden-hued Diane Lane film and renovating a villa in the Italian town of Sambuca di Sicilia that she purchased for just a single euro. Based on that bargain basement deal, you can only imagine what kind of shape this 1,075-square-foot property is in.

For more Fall TV highlights, hit the links for our FX, TLC, NBC, Investigation Discovery and Bravo previews. To get the best deal on Sling with HGTV, use the link below.

Get HGTV on SLING
caret