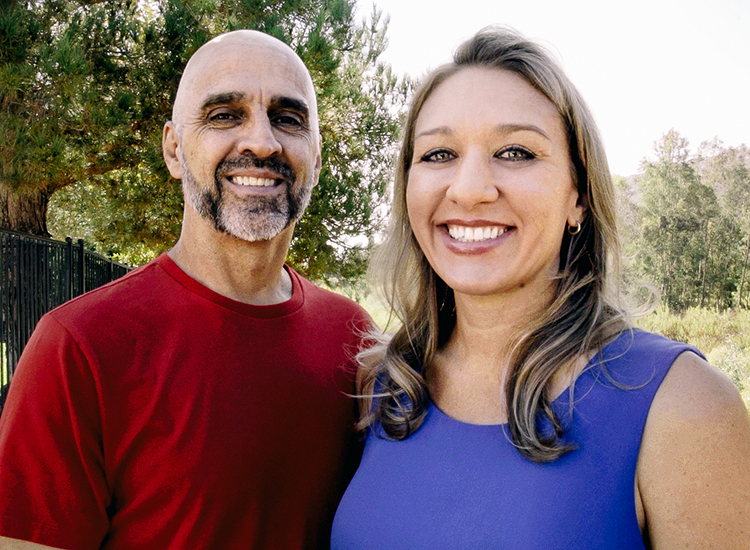 What’s in the box?!?!?!  That’s the question at the center of A&E’s latest series, Extreme Unboxing. Sadly, Brad Pitt doesn’t turn up to scream his Seven catchphrase when the show’s six teams tear into bulky pallets full of merchandise (at least not in the episodes we've seen). But Janine Schaults and Peyton Lombardo are here to dig into Extreme Unboxing for some interesting finds that hopefully yield big profits for the show’s stars.

JS:  I have to come clean and admit when I took this assignment, I saw the show’s title and thought the gimmick was oddly-shaped boxes of all sizes, elaborately shut using tape, glue, string, bubble wrap and anything else that would require multiple hands (over even a chainsaw) to hack through. Nope. Not at all. While I still think that would be a terrific concept for a different series, Extreme Unboxing follows six, two-member teams from across the U.S. who buy returned merchandise from auctions and liquidation websites to resell for a profit.

We watch each team briefly identify the packages they’re going to take a gamble on, and the bulk (Get it?) of each 30-minute episode is spent unwrapping the contents inside to see if they have value. The thrill of the surprise drives the tension: Will the box contain items they can resell to double or triple their original investment, or will it contain broken, cracked and unusable trash? A Le Creuset Dutch Oven in pristine condition with the sticker still adhering to the pumpkin-colored dish — yay! A gallon of oozing slime used to fix flat tires — meh. Every episode ends by tallying the teams’ profit (estimated, of course, because the show doesn’t follow through on the work it will take to find buyers for each item, not to mention the shipping costs). In the premiere, one team made an estimated $1,600. Not bad for a day of opening boxes.

PL: While it does sound intriguing, I can’t help but laugh at your expectations for this show. Since I’ve watched my fair share of Storage Wars, I kind of knew what I was getting into here. I am a junk junkie and I love garage sales, warehouses, and all this stuff, so finding out about this show was thrilling. I have to say, though, this cast is the driving force behind Extreme Unboxing’s exciting episodes.

The six pairs come from an array of backgrounds across the country. Blake and Max are brothers from Ann Arbor, Mich., and have their own storefront and unboxing business. Newcomers Bobby and Salena are based in Rochester, New York and focus on home goods. Everyone loves a good quit-your-job-and-become-your-own-boss story, and that’s exactly what Chuck did with his best friend Chris. Joe and Jessica are the perfect introvert-extrovert combo and are based in Arkansas. Pastor Paul and Heather run Hooked on Pickin’, an online business originally started as a side biz. And last, Steve and Steph, from Temecula, Calif., have been married 20 years and have been flipping ever since they lost their jobs when the company they worked for went out of business. It’s all 12 of these bright and bubbly personalities that make Extreme Unboxing so fun to watch.

JS: You’re absolutely right! The lively interactions between the pairs definitely ups the fun factor. I don’t know who’s more adorable: Bobby and Salena with their pointed, yet loving jabs at each other, or the toy-loving, gregarious Chuck constantly ribbing his more subdued and skeptical best buddy Chris.

PL: My personal favorite is Steve and Steph. Their emotions are palpable and I love the items they pick up. They seem to have a knack for home and furniture goods, which I can relate to. I loved Steph’s excitement when they got those Insta pots; it made me realize that this show is as much about its unboxers as it is about the unboxing. These seemingly larger-than-life personalities bring life to the show.

My favorite part of the show is the dynamic meter for each unboxing that shows the amount they need to break even. The meter — often very quickly or very slowly —increases as they examine how much they’ll be able to get for each item, and they inch closer and closer to their break even point. Sometimes it looks too easy, but occasionally that meter isn’t moving as much as they had hoped.

JS: And I love any visual cue that allows me to leave the math skills to the professionals! As a Virgo who has 20-year-old Barbie dolls still in their original, never-been-touched packaging, I derive a huge thrill each time an item is revealed to be in perfect condition. It soothes my organized soul. With that in mind, I find it interesting that so many people would be willing to buy something partially damaged and from an unknown source.

PL: One thing that surprised me was the process of buying the boxes — shipping costs are sometimes just as much as the box! I was really surprised when I learned that they could actually see some pictures of the boxes and what might be inside. Originally that seemed unfair, as it takes away some of the risk. But then I realized it actually adds to the risk. Could you imagine buying a box that you know has a nice scooter in it, only to discover that said scooter doesn't work? Or spotting some fancy Instapots on the outside of a box...that's actually filled with junk? There’s truly no way to properly assess the potential value of these boxes, and this uncertainty is exhilarating.

JS: It certainly is for the viewer, but it’s hard to grapple with why these folks would tie their livelihoods to something so unpredictable!

PL: Well, I’m certainly grateful! It seems much less stressful as a viewer, but no less exciting! Extreme Unboxing is just plain fun.

Extreme Unboxing airs on Tuesdays at 10pm ET on A&E