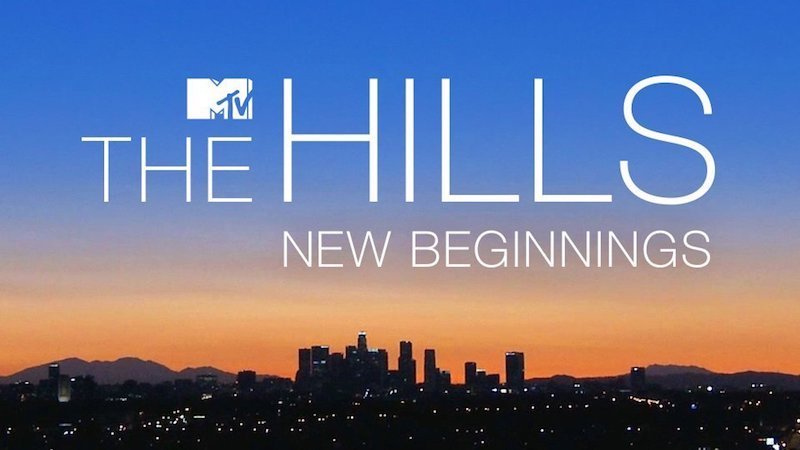 I spent the first twenty-odd years of my life missing out on all of the TV. And while I’ve been making up for lost time ever since, there was always one gap that I couldn’t quite fill.

“You mean…if I say, ‘Lauren will always be the girl who didn’t go to Paris,’ that means nothing to you?? NOTHING???” my friend demanded. We ended up watching all of season 1 in a single sitting, making it to Season 2, Episode 10: Apology Not Accepted before we reluctantly returned to the land of the living.

From there, it was all too easy to slip into the rest of the seasons. So when Audrina wondered, “What’s going to happen to all of us, you know?” on the show’s final episode (Season 6 Episode 12, All Good Things…) I was genuinely invested in the answer. Luckily, the upcoming premiere of The Hills: New Beginnings promises to show us just that.

If, like me, you’re looking to live (or re-live) the original series before New Beginnings starts, here are a few pointers to guide your way. And even if you’re only going to watch a few episodes prior to the New Beginnings premiere, the ones that I’ve referenced in this post are a great place to start.

1. Flip-phones evolve into sidekicks and re-evolve into blackberries before your very eyes.

There’s something genuinely jarring about re-experiencing the choices of the (not-so-distant) past in such quick succession. And while some age well (Lauren’s enviously competently-applied cat eye), others are more, well…Heidi’s penchant for baggy pants and bedazzled tops.

2. Being able to know the future is really cool (or really depressing, depending on how you look at it).

There are two ways to watch the on-screen drama that plays out between Lauren Conrad and Jason Wahler. On the one hand, they’re a couple of teens tripping over the pitfalls of dating while, well, teenaged (read: an overly-dramatic New Year’s chase scene( (Season 1, Episode 7: Somebody Always Has to Cry). But look a little closer, and the disturbing signs of Jason’s (now confirmed) addiction are all too clear. With that insight, so many other parts of their story – from Lauren’s decision to skip Paris (Season 1, Episode 10: Timing is Everything), to the rawness of her reaction to the breakup (Season 2, Episode 1: Out With the Old…) – make so much more sense.

I had a moment of doubt when Heidi’s mother (spoiler alert – but not really, because this episode aired ten years ago) gave Spencer her blessing to marry Heidi (Season 5, Episode 10: Something Old, Something New). But that, as it turned out, was barely the beginning (THE REST WAS STILL UNWRITTEN. Sorry. Couldn’t help myself).

Take, for example, Heidi’s face reveal (Season 6, Episode 1: Put On a Happy Face), which reportedly led to a two-year estrangement between the two.

4. If you’re looking for the origin story of Kelly Cutrone, look no further

I watched America’s Next Top Model well into the Kelly Cutrone Era, but never fully appreciated where she came from. She first appears in Season 1, Episode 12 (Timing is Everything), holding out on Lauren’s fashion show tickets. But as she migrates from obstacle to employer, her significance in the show only grows. Be on the lookout for that iconic moment where she asked Whitney to help with the wardrobe needs of a little artist known as…Lady Gaga (Season 4, Episode 5: Something Has to Change)

I get it. The Hills has quite the reputation of being an unscripted show that’s, well, scripted. The show itself even gave a nod to that in its (in my opinion, most genius of genius) ending.

And to that I say – who cares? Loving a show is all about what you get from it – not how it’s framed. After watching the cracks in Heidi and Lauren’s relationship (Season 2, Episode 7: With Friends Like These) turn into an all-out break (Season 3, Episode 1: You Know What You Did), I resigned myself to sitting through scene after heartbreaking scene of them torturing each other in Public (Season 3, Episode 7: They Meet Again). So when I was hit with their (seemingly out of nowhere) reconciliation (Season 5, Episode 1: Don’t Cry On Your Birthday), I swear I was dabbing at my mascara (ok, where my mascara would have been) even more rapidly than Lauren was. Following the stories, you get invested in the characters – and scripted, unscripted, or anywhere in between, you genuinely care about what happens to them.

Catch up on all episodes of The Hills, available now on demand, during Sling TV’s free preview of MTV, through June 30. The Hills: New Beginnings premieres June 24.