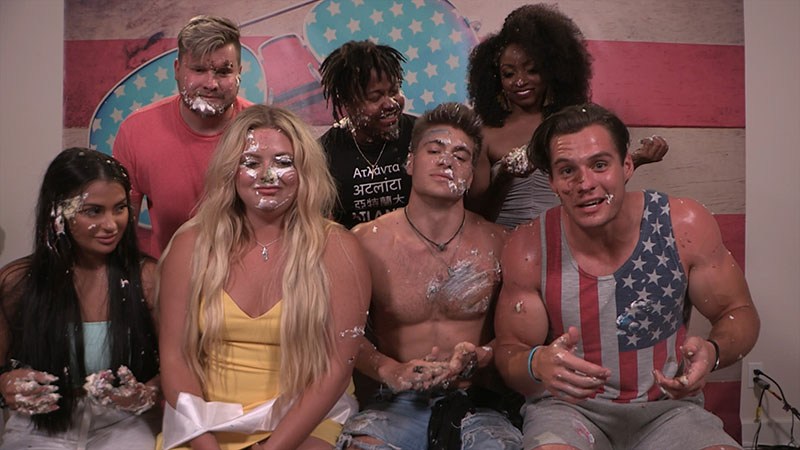 Panama City Beach was too small to contain the big personalities of MTV’s Floribama Shore, so for its third season, the reality show is heading further south to St. Petersburg. But just because they’re changing scenery, don’t expect the cast members to change their hard-partying ways.

Aimee, Candace, Codi, Gus, Jeremiah, Kirk, Kortni and Nilsa are all back for Season 3 of MTV’s hit show. This year, the group will be joined by Mattie Lynn, a reality show veteran who previously appeared on the CMT series Party Down South. Even though the house is getting a fresh face, the show still promises to be as messy, drunken and outrageous as ever.

Ahead of its Season 3 premiere on Thursday, Nov 14 at 8 ET, here’s a look at what the Floribama Shore housemates have been up to since last year.

Since we last saw her, the self-proclaimed Princess Goddess Mermaid has become a proud graduate of….Anger Management class. If that hasn’t mellowed her, she’s also in a new relationship with a convicted felon — or as Aimee describes him “a burglar who stole her heart.” Here’s hoping their relationship lasts longer than their rap sheets.

Speaking of rap sheets, it looks like Nilsa is going to be adding to hers this season. The Season 3 trailer shows her kicking out a car window and getting led away in handcuffs. Somehow, it sounds like the full story is going to be even worse. Some of the housemates might be maturing; Nilsa is still like “Hold my beer.”

With a new boyfriend and a positive outlook on life, Kortni is striving to be “the best version of herself.” Presumably, this does not mean peeing in the bed, a trashcan, diaper or any other receptacle outside of a toilet. Still, both Codi and Kirk said that Kortni is the roommate they’re most nervous about living with again. “You just never know what Kortni you’re going to get,” Codi told MTV. “You kind of have to walk around on eggshells sometimes; you have to feel her out first to see whether she is in a good mood and wants to party or if you need to let her be a hermit crab.”

The self-described “puke and rally king” has big plans for this season. “I’m throwing up in urinals, toilets, trashcans, sinks, bathtubs…” he declares just minutes into the Season 3 premiere. His voluminous vomiting may have to wait, however, because based on the clip above, it appears that he and Gus may come to blows after Codi makes a disrespectful comment about Gus’ new girlfriend. It also appears he’s still harboring a crush on Candace, so we’ll see where that goes.

As mentioned above, Gus is in a serious relationship when Season 3 begins. However, the romance novel coverboy still seems to be caught in a will-they/won’t-they dynamic with Nilsa. With the drama coming at him from both ends, it’s doubtful that he’ll be able to realize his wish to “enjoy the summer stress-free.”

Candace may have had to leave the house early last season but this year, she’s back and better than ever. While she can be feisty at times (as seen in the clip above), Candace is actually one of the more level-headed housemates. After getting out of a very toxic relationship last season, here’s hoping she can find love with the sweetly romantic Codi.

Generally speaking, Kirk is as nice as his baby-faced looks suggest. But after getting in two seperate fights in a single night, he too found himself in the back of a police car last season. Early clips show him playing peacemaker this year, so let’s hope he stays in that good headspace, for the sake of everyone else.

Season 3 of Floribama Shore premieres on MTV tonight at 8 ET. You can catch up by watching Season 2 on Sling On Demand.