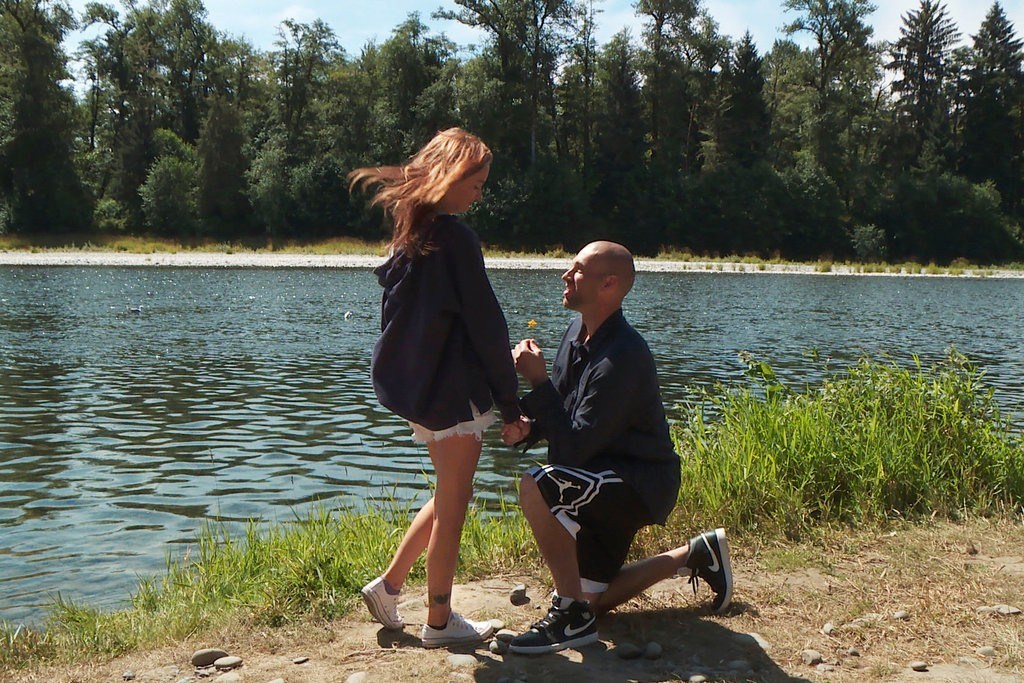 You know how it goes: One minute, you’re just a normal 30-something with a slightly aggressive eyeshadow habit, cruising the “goofy” ad section of Craigslist. The next, you’re 5 months into a serious relationship with a man whose admitted drug of choice is meth, fighting off your family’s petty concerns, which largely start and end with the fact that he is…you know… in prison.

Love After Lockup, now in its second season, follows the stories of mostly new-to-the show couples (plus last season’s Angela/Tony and Lizzie/Scott pairings) who have met while one of the two was in prison. Now that the incarcerated partner is getting out, each couple must navigate their previously-pen-pal-based relationship out in the real world.

If you’ve followed along thus far, and are anywhere near normal, you must have an endless supply of follow-up questions built up thus far. Read on for the answers to a few of my most burning ones.

How much can a knocked-out bridge and a shave really change a man?

Since Scott (a sweet, not-so-young man from Oxnard) has finally united with the recently-released Lizzie, it’s been one cringe-worthy encounter after another. For starters, it was not especially heartwarming to watch Lizzie race straight past Jazmyne (the daughter she hasn’t seen in ten years, with a name spelling as insane as you might expect) upon leaving the prison van. Nor was the scene made any better when she awkwardly pounced on Scott, causing him to lose his dental bridge (and the teeth that came with it) in the process. And when Lizzie later came at Scott with her straight razor and incomplete prison cosmetology certification, well, I was half convinced that’s the last we would see of him. While – spoiler alert – he did survive the shave, Scott’s spiraling around Lizzie’s true intentions will almost certainly continue for the season to come.

How can one man maintain both a marriage and engagement – to be clear, with two different women – both behind and in front of prison walls?

Megan and Michael have been engaged for 8 months – ever since he made the romantic gesture of proposing to her over the phone (be still, my heart). This perhaps explains, in part, the $12,000 phone bill that Megan’s racked up over the course of their courtship. But it doesn’t explain what on earth was going through Michael’s mind when he made the gesture. You see, he’s already married – to the mother of his child, no less.

With any other man at the heart of this deception, it feels like Megan and Sarah (Michael’s wife) should have known about each other by now. But no. Michael somehow managed to call off Megan’s appearance at his prison release (knowing full well Sarah would be there to pick him up) at the last minute. He slyly slid a sweatshirt over the his-and-hers t-shirt that Sarah had made for the couple before hopping on a quick FaceTime session with Megan. And he even introduced Megan to his mom, knowing full well the woman had just greeted his wife approximately five minutes prior.

Week after week, I keep waiting for Megan and Sarah to call out Michael’s inexcusable treatment of them both. But with every passing episode, despite how much it pains me to admit it, I’m secretly blown away by how smoothly he’s managing to keep both relationships alive.

How deep goes the damage of over-enthusiastic parenting?

Clint is a 37-year-old only child whose mom still makes him sandwiches (that, as far as I can tell, he does not thank her for). But in this scenario, he’s not the (former) inmate. That would be Tracie, the woman he’s only played pen pal to but is already dead-set on marrying. And with this terrible trail of decisions already taking shape, it’s proving a little too much for even Clint’s number one fan. “There’s a jillion girls out there who would probably love my son,” noted his mom, with just a touch too little confidence, as she mourned the inevitable implosion in Clint and Tracie’s not-too-distant future.

How exactly is Caitlin still alive?

Caitlin is one of those people who is constantly on the brink of sobbing uncontrollably or laughing hysterically (though you can never quite guess which will come out). On this show, that kind of attitude fits right in. But upon picking her newly released boyfriend (now fiancé) up from prison, she revealed a level of crazy that would cause even Season 1’s Johnna to question her judgment.

After all, she revealed the couple’s plan to – before rejoining society – spend the night together in a secluded cabin in the woods. And while I’m not the world’s greatest horror movie fan, even I could tell you that prisoners and forested isolation are not exactly the things you want to mix.

Still, Caitlin somehow survived that first night. Now it’s onto the next challenge – life with her rebellion-amped boyfriend and his sweet-yet-highly-realistic mom.

Love After Lockup airs Friday at 9pm on WE tv. Recent episodes are available on demand.