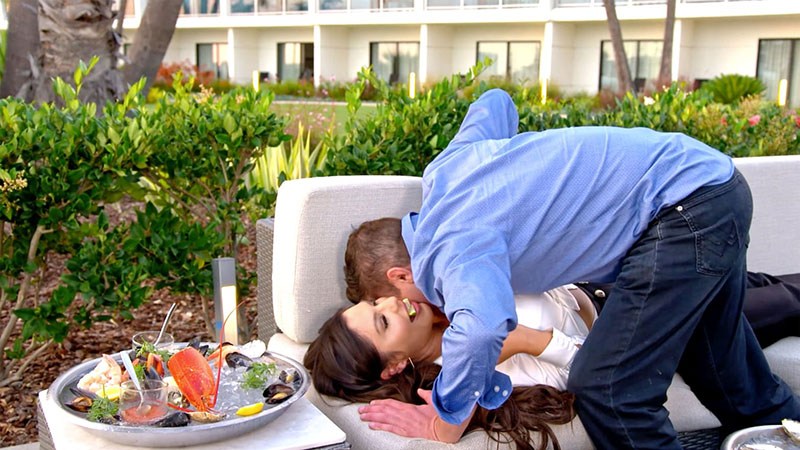 In the era of social media, search engines, and swiping right, it’s a novel notion to know nothing about the person you’re about to take on a date. But back in the old timey days of 1999, blind dates were a lot more common. And because you’re going out with a total stranger, there’s a much higher propensity for blind dates to go off the rails.

Thus, the premise of Blind Date was born. Hosted by Roger Lodge, Blind Date would set up singles and send a film crew to follow their romantic outing. The show’s set-up was straightforward, but its style and snarky tone set it apart. Blind Date would animate thought bubbles and other illustrations to take viewers inside the mind of the daters. This knowing, meta quality was a big part of the show’s appeal and we’re happy to report that Bravo’s new Blind Date revival has a similar tone.

The 2019 edition of the show — which airs new episodes Mon-Thurs at 11:30pm ET — ditches the in-studio host in favor of voice over commentary from the comedian Nikki Glaser. Otherwise, the new Blind Date will feel comfortingly familiar to fans of the franchise. The pilot episode features two dates that go in dramatically different directions. The first couple get along swimmingly and their date traces an arc that’s like déjà vu for those who remember the original: One wacky person, one who warms up after getting a few drinks in them. In this particular case, we meet “Party Peter,” the alter ego of a mild-mannered banker who emerges after tequila shots. And yes, regular Peter refers to Party Peter in the third person.

The second date is much less successful, perhaps because it’s hard to find love with someone who goes by the moniker “Slick 23.” If you remember the original show, you’ll know his type well: Arrogant, aloof and, by the end of the episode, all alone.

According to Bravo, the revival of Blind Date is going to be much more inclusive than the original, with gay, lesbian, bisexual, and transgender couples all featured. That’s a welcome change, but in general, the show doesn’t need to switch things up too much. Regardless of the era, watching people make fools of themselves while trying to impress their date will never go out of style.

Watch new episodes of Blind Date Mon-Thurs at 11:30pm ET on Bravo and catch older episodes on Sling On Demand.