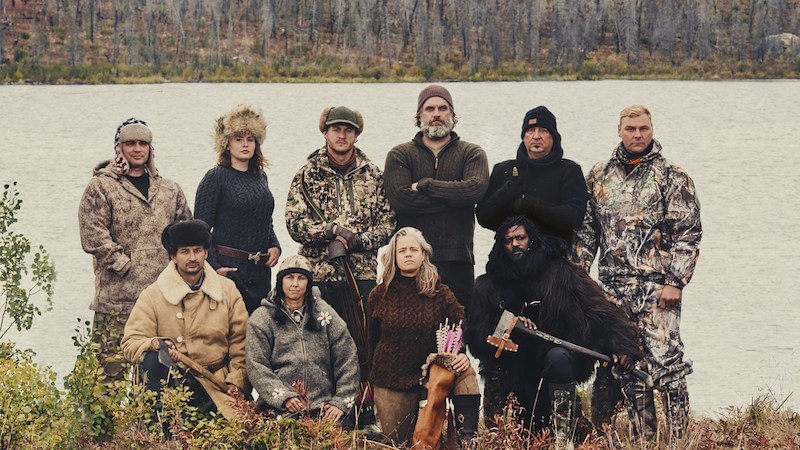 WHATSON SLING ENTERTAINMENT REALITY ‘ALONE: THE ARCTIC’
‘Alone: The Arctic’ Pits 10 People Against the Wild for a Cool Half-Million

Few have known better than Ernest Shackleton the desperation that can seize a person’s heart as they trudge across the tundra. And so it is fitting that this new season of Alone: The Arctic opens with a title card bearing a quote from the intrepid explorer: “Our food lies ahead and death stalks us from behind.” Sounds fun, right?

The title is a bit of a cheat, as this season doesn’t quite take place in the Arctic. The ten contestants are airlifted into the wilderness along the Great Slave Lake in the Northwest Territories of Canada, roughly 250 miles south of the Arctic Circle, which is still plenty grim. The days are just five hours long and the wind chill gets down to -40 (fun fact: -40 is the only temperature that is the same in Fahrenheit and Celsius).

The season premiere focuses on just four of the ten contestants who must survive for as long as possible in the hostile terrain, one they share with an assortment of moose and wolves and bears — oh my! Allowed just a limited amount of gear and required to lug around 65 pounds of camera equipment to document their efforts, our intrepid contestants must secure shelter and food without the aid of plumbing, electricity, or the internet — all the stuff that makes life tolerable for most of us.

The folks who submit themselves to such hardships are the types you’d expect: survivalists and hunters. You may find them varying degrees of likeable, but as you sit on your couch with a cold beer in one hand, a slice of pizza in the other and your laptop open before you, you also can’t shake the idea that they’re all a little nuts. Then you realize that when Skynet rises up to crush us, these people will be the only ones with a chance to repopulate the Earth. You can’t help but root for them.

The first contestant to whom we are introduced is Barry, a thickly muscled slab of humanity in his late thirties. He comes from a long line of outdoorsmen and he’s eager to win the show’s half-million dollar prize and bring some financial stability to his young family. But his quest gets off to a rocky start.

“As soon as that helicopter leaves, it gets quiet,” Barry says moments after being dropped off. But the quiet is quickly shattered by the whirring of copter blades. He chuckles at the idea that they forgot something, only to learn that it was, in fact, he who had forgotten something: his hat. Hard to be hopeful about a guy who can’t even remember his hat.

Nikki is a forty-something with a whiff of hippy-dippy-ness to her, who once lived out in the woods of British Columbia for a year and a half. Suffice to say, she is equal to the task at hand, and goes into the wilderness well aware that “People don’t live out here for a reason… It’s unforgiving, it’s dangerous.”

Even more than most competitions, Alone requires a certain level of hubris. For Nathan Donnelly, 39, that hubris reveals itself in his decision to be the first Alone contestant ever to forgo a ferro rod. A ferro rod, for you couch-surfers out there in TV land, is a device used to light fires in the worst conditions. Based on his years of experience lighting fires in the damp of the American Northwest, Nathan figures he can get by without one. It remains to be seen if he regrets that decision, but the first couple of days are rough going.

Lastly is Tim, a gruff but doting 55-year-old grandfather. An experienced hunter, he purposely fattened up for this. While the others are content to get by on smaller game by hunting squirrels and catching fish, Tim’s plan is to subsist on his own body fat until he can bag a moose, which he figures could feed him long enough to win the prize.

For denizens of the modern world, Alone is fascinating on a number of levels. For starters, it’s a striking reminder of the diversity of personalities within a very specific subset of the population. You likely have an idea in your head of what kind of person an Alone contestant is, and you’d be right. But each of the first four people we meet manage to simultaneously fit the profile while being distinctly individual. These reveal themselves in decisions as crucial as what to bring, what to eat, what type of shelter to construct… you’d think after 200,000 years of human history, there’d be an accepted wisdom on these matters. Nope.

On a more visceral level, it’s incredible watching what these people can do with a knife and some string or wire. In their introductory videos you seem the build cartoon-ish traps designed to drop large rocks on small rodents. But once they’re in the wild, they craft all manner of snares and nets successful enough to sustain themselves. You, on the other hand, need a manual to work a microwave oven.

Looming over the proceedings is the spectre of peril, in the form of wild animals, the elements, or injury. The premise of the show requires that one by one each contestant tags out or is kicked out for medical reasons — something bad, like bad, is going to happen to nine of these people. Unfortunately, you don’t have to wait too long before one of them goes down. It’s kinda heartbreaking.

Watch past episodes of Alone: The Arctic on demand and catch new episodes on the History Channel at 9pm ET Thursdays. 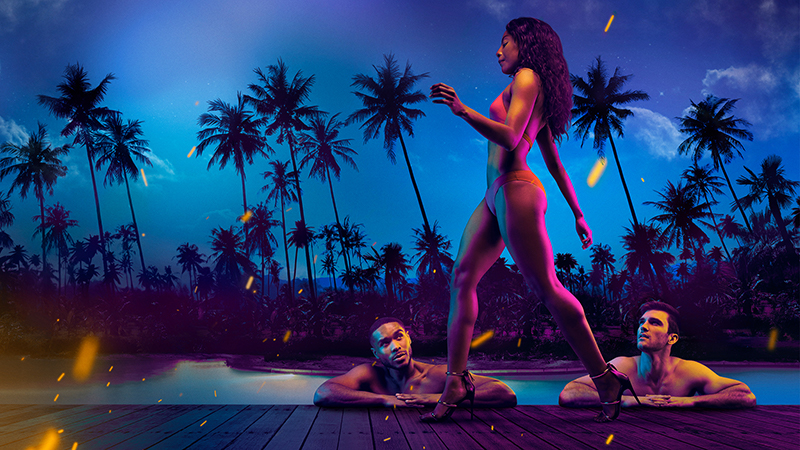