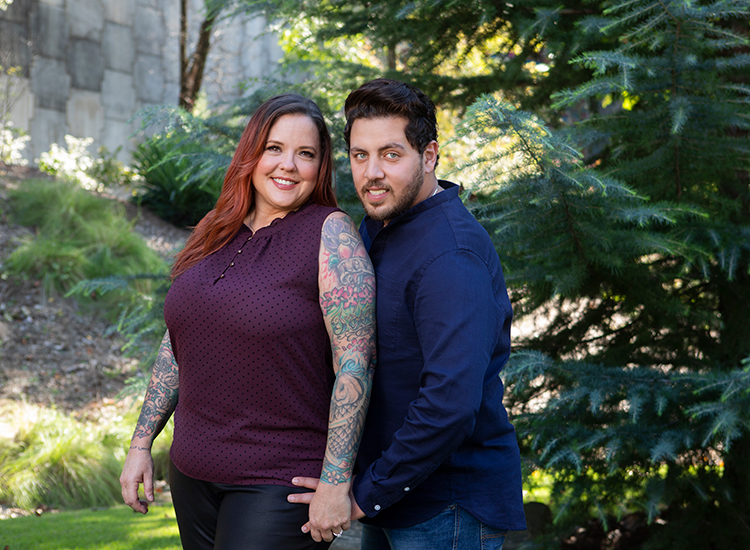 What started as a simple documentary-style exploration of people coming to the US to be with their American partners has quickly become TLC's gift that keeps giving…and giving and giving and giving. If you’re unsure of where to start with 90 Day Fiancé, here’s an overview of the franchise to get you pointed in the right direction.

The premise is simple. American meets foreigner and they fall in love (or "love"). Several government interviews, signed affidavits, and rolls of red tape later, the foreigner’s bags are packed. With a K-1 visa in their passport and a shockingly small amount of luggage in tow, they’re about to spend 90 days on camera with their stranger-spouse as they race to the alter (or—as is rarely the case—decide not to get married after all).

But if you think it’s all creepy rich Americans using the promise of US citizenship as a relationship carrot, you’re missing the point. Relationships are complicated, and televised ones are no exception. Plus, in order to get their K-1 visa, the couples had to defend their love (and, perhaps more importantly, pay real money) to the US government. My favorite 90 Day Fiancé activity (both for the original and its spin-offs) is to try to understand what’s holding these couples together. It’s rarely just one reason.

All seven seasons of 90 Day Fiancé, as well as the season 8 premiere, are available on-demand with TLC. New episodes air Sunday nights at 8pm ET.

Americans Abroad: The Other Way and Before the 90 Days

There’s travel, and then there’s taking a multi-day cruise down the Amazon river to the remote Brazilian village of your future spouse. 90 Day Fiancé: Before the 90 Days follows Americans, all of whom met and are dating their foreign partners remotely, who are traveling abroad to finally meet in person.

The Before the 90 Days couples are typically in earlier stages of dating. After all, months or even years of WhatsApp messages and not-so-G-rated FaceTimes can only tell you so much about a person. In contrast, 90 Day Fiancé: The Other Way features Americans moving abroad to live with their partners. In some cases—say, senior citizen Jenny, who moves from Palm Springs to live with her half-her-age boyfriend in India—they’ve given up everything. In the case of others, like Tim, who “moves” to Colombia without even giving up his job, not so much.

The Aftermath: What Now? and Happily Ever After?

Imagine: you’ve met someone special, but but your entire courtship and marriage unfolds in front of the television cameras. What’s next?

The options are fairly endless. You could immediately have children, then spend the subsequent years trying to figure out the person who your child now shares DNA with. You could simmer in the shock (shock!) of your spouse not changing any of their fundamental beliefs after the wedding. Or you could simply marry your spouse again, but this time in their country rather than yours, and still find ways to make the whole thing contentious.

Whichever way you go with it, What Now? and Happily Ever After? are there to provide a sense of comfort by capturing the entire thing on camera. While it’s a mixed bag at times (beware the inevitable couple who keeps finding new storylines to remain on the show), both shows mostly serve as reminder of the fact that when you marry someone you may not completely know, the crazy may never completely stop.

90 Day Fiancé: Self-Quarantined was one of the first aboard the COVID self-filming train and boy, did they know how to steer it. These special edition differed from the rest of the franchise in that they switched up the couples every episode. Through short snippets featuring cast and couples from across the show’s history, we got to see what COVID fallout looked like not only across the country, but around the world.

Episodes are available on demand with TLC.

Whether you’ve seen all the 90 Day Fiancé there is to see, or are just looking for a low-investment introduction to the franchise, 90 Day Fiancé: Just Landed offers bite-sized, 16-minute episodes that examine the first 24-hours of foreign fiancés arriving to live with their US-based loves. The themes are similar enough (what will their families think? What deep and likely life-altering secret are they waiting to reveal until it’s far too late but they’re convinced that if the other person just loves them enough, it won’t matter?) that it’s still a satisfying alternative to the original.

Episodes are available on demand with TLC.

The Commentary: Pillow Talk and Strikes Back!

There’s no question that the 90 Day franchise has gone meta—the question is simply how self-aware it’s going to become. It all started with Pillow Talk, which features former cast members giggling at the antics of the current season. But if their reactions and one-liners just aren’t enough, feel free to add on another later with Strikes Back! In those episodes, the current cast reacts to both their episodes, and the Pillow Talk reactions to their episodes, along with the occasional social media meme.

While Pillow Talk feels like a real-time video version of a snarky recap podcast, Strikes Back has more of an uncensored, behind-the-scenes vibe. If you’re just starting off with the franchise, Pillow Talk can guide you through. But if you’re a 90 Day vet, the insider’s perspective of Strikes Back can offer new perspective on a series you already love.

The Single-Family Spinoffs: Darcey & Stacey and The Family Chantel

In most corners of the 90 Day universe, multiple couples are following a similar trajectory concurrently. But for a few special spinoffs, the show focuses in on one family instead. The Family Chantel features 90 Day Fiancé alums Chantel and Pedro, along with their siblings and parents. Darcey & Stacey follows the antics of Darcey (who has appeared on Before the 90 Days with two different potential suitors) and her twin sister Stacey, who has a foreign beau on a fiancé visa of her own (watch our exclusive interview with the sisters in the video above). The focus of the shows are definitely different: less a will-they/won’t-they of couples just getting to know each other in person, and more of a reality family drama with comedic relief liberally sprinkled in. But if you’ve gotten to know these characters on the franchise and just can’t get enough, these shows are here to give you all you need.

To get Sling Blue with TLC, along with our Lifestyle Extra package free for one month, use the link below.

get tlc on sling!
caret