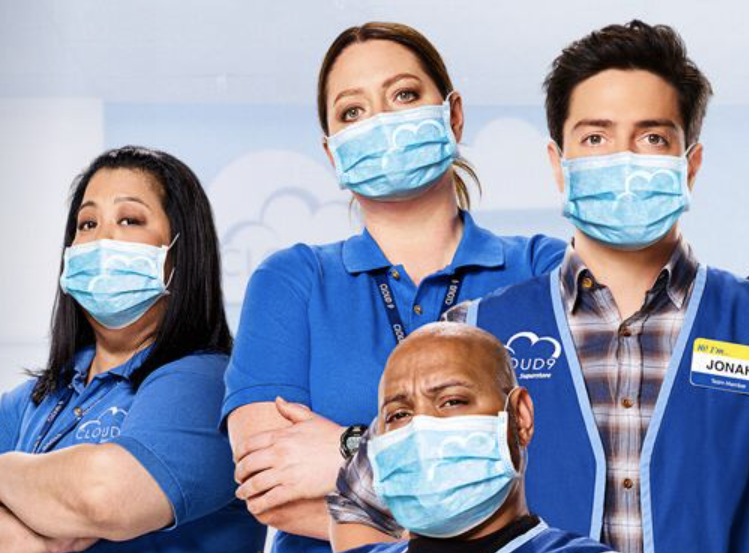 With the Fall TV season getting underway, we’re spotlighting some of the most popular networks available on Sling. Next up is NBC, which is available to AirTV users and subscribers in select markets.

What’s it about?: For its 46th season, Saturday Night Live actually makes good on its catchphrase: “Live from New York …” After a truncated season that tried to squeeze laughs out of a handful of virtual episodes, the cast returns to Studio 8H in 30 Rock with masks and social distancing measures in place. In the premiere – hosted by Chris Rock – we got our first look at Jim Carrey’s toothy take on presidential candidate Joe Biden in a cold open that skewered last week’s debate while also giving a wink and a nod to President Donald Trump’s positive COVID-19 diagnosis. Alec Baldwin and Carrey make a formidable team, but the electric chemistry between Carrey and Maya Rudolph’s Kamala Harris warrants revisiting on Saturday nights.

If you need some healthy competition but Sunday Night Football isn't your thing, watching regular folks try to outwit and outmatch each other for fabulous prizes (prizes being money – who doesn’t think money is fabulous?) can block out the world for an hour.

Jane Lynch brings her side eye to a reboot of Weakest Link, airing Mondays at 10 pm ET. A weird mashup of Who Wants to Be A Millionaire and Survivor, the game show forces eight strangers to work together to answer a series of brain teasers with each correct answer upping the value of their potential winnings. At the end of each round, the group must ceremoniously vote to remove – you guessed it – the weakest link.

What’s it about?: Imagine being stuck at home and only communicating with friends and loved ones through video chat. Oh, wait, that’s not the plot of a TV comedy, that’s real life. But, it’s also the plot of this new half hour comedy starring Otmara Marrero, Keith Powell, Jill Knox, Shakina Nayfack, Ely Henry, Parvesh Cheena and Preacher Lawson. Set during the beginning of the pandemic through the presidential election, Connecting follows a group of friends as they try to cope with sheltering-in-place by hanging out virtually. Tears, laughter, bread baking, Zoom meetings – all the hallmarks of the summer of 2020 will be on display.

What’s it about?: When we last saw The Big Three, Randall and Kevin let some majorly unforgivable comments fly at each other while Kate remains perpetually stuck in the middle between her twin and adopted brother. And the scenes flashing us into the future to Rebecca’s sick bed did nothing to calm fears that a permanent rift isn’t inevitable. According to creator Dan Fogelman, the pandemic will touch the present-day Pearson family in some way, but won’t change the trajectory of the show. We’ve cried so much this year already; do we have any tears left for this emotional rollercoaster of a drama?

What’s it about?: If you thought the trials and tribulations the staff at Cloud 9 underwent in the workplace comedy’s initial five seasons looked like retail hell, just see how they fare now that they are deemed essential workers in a pandemic. This season officially bids adieu to star America Ferrera, who didn’t get a chance to give her character the closure she deserves when COVID-19 scrapped last season’s finale. It’s so hard to say goodbye.

What’s it about?: The three One Chicago series have quite a bit of real-world issues to tackle this fall with the pandemic and nation-wide protests against police brutality directly impacting the very institutions each drama extols on a weekly basis. Surely a crossover event is in the cards.

What’s it about?: Is there anything more satisfying than the jolting “dun, dun” sound during the opening credits of Law & Order: SVU? It signals that we’re in for another griping and crime-solving journey with Captain Olivia Benson (Mariska Hargitay) and her team – one many of us have been on for the show’s full 21-season run. Expect nationwide protests against police brutality to weave through the 22nd season’s regular crime-of-the-week format.

What’s it about?: However you felt about Season 7’s half-live-action, half-animated finale due to an industry-wide shutdown in the wake of the COVID-19 crisis, rejoice that FBI agent Elizabeth Keen (Megan Boone) and criminal mastermind Raymond “Red” Reddington (James Spader) are up to their old twisty tricks in Season 8 of the addictive crime procedural. When we last saw Keen, she chose to take the side of her mother Katarina Rostova (Laila Robins). Is Rostova really her mother? Will the duo take on Red? Just how sick is Red? Inquiring minds demand to know!

For more Fall TV highlights, hit the links for our FX, TLC and Investigation Discovery previews.