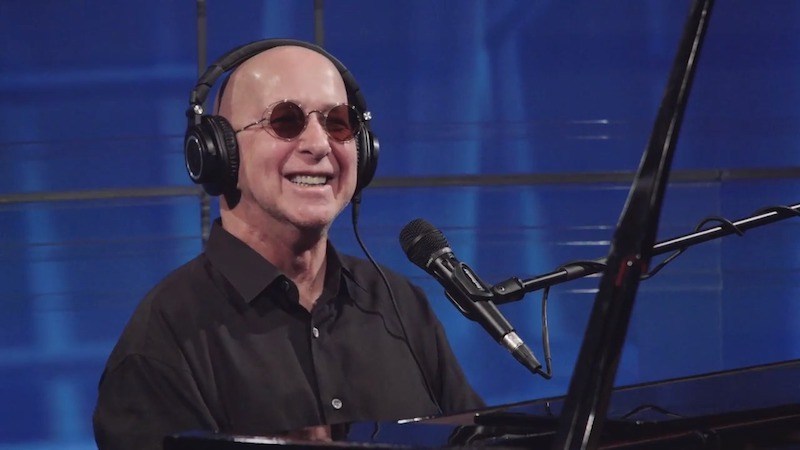 A lot of people probably don’t realize how cool Paul Shaffer is. Sure, we all know him as David Letterman’s sidekick of 35 years, with the crazy frames and the improvised theme songs. But Paul Shaffer was the original bandleader on Saturday Night Live. He led the Blues Brothers band, and only missed out being in the movie because Lorne Michaels wouldn’t let him do it. He had one of the most memorable cameos in This Is Spinal Tap (“kick this ass for a man!”) He knows seemingly everyone in show business and he’s played music with most everyone you ever cared about who lived past 1975. As musicians say approvingly of someone who can play literally anything, Paul Shaffer is a heavy dude.

So it is not a huge shock that his new interview show on AXS, Paul Shaffer Plus One (premiering Friday the 13th) is excellent. Paul’s an affable enough guy and more than capable of generating a rapport with any guest. But still, I was a little surprised at how much I enjoyed my sneak peek at the show, which featured guitarist Joe Walsh (of the James Gang, the Eagles, and the Betty Ford Clinic).

The setup for the show is genius in its simplicity: Shaffer sits behind a grand piano, opposite his guest, and as they talk about the guest’s career and musical development, anytime there is an opportunity to illustrate what they’re discussing through their instruments, Shaffer just says “Hey let’s jam on that a little bit” and they both start playing, with Shaffer making comments that will appeal to the true musicians and music nerds (As they discuss, and then jam on, a formative influence, Booker T. and the MGs’ “Green Onions,” Paul ends abruptly by noting, “Did you know he’s playing the IV chord there?

Or, discussing Walsh’s first big hit with the James Gang, “Funk 49,” Walsh talks about how Elvis Presley’s touring guitarist, James Burton, was one of his biggest influences — in particular, and goes on to demonstrate, by playing snatches of both, how Burton’s style infected the song. And then Shaffer points out Walsh’s own much-copied style innovation: using the muffled strings on an electric guitar as percussion between the notes.

Or, when Walsh explains how he came up with the riff for the Eagles’ “Life in the Fast Lane,” that it was a warm-up exercise he used to play over and over, faster and faster, to get limber before a gig, Shaffer points out admiringly, “so, you take a classical musician’s approach to practicing — start slow and gradually speed it up.”

Graham Nash (of Crosby, Stills, and Nash and author of the unusually forthcoming memoir Wild Tales) is set to appear in the second episode, so if Shaffer can keep up with the marquee guest bookings — and given his Rolodex, that feels like a safe bet — this is a weekly engagement worth keeping.

New episodes of Paul Shaffer Plus One air at 8pm ET Mondays on AXS.