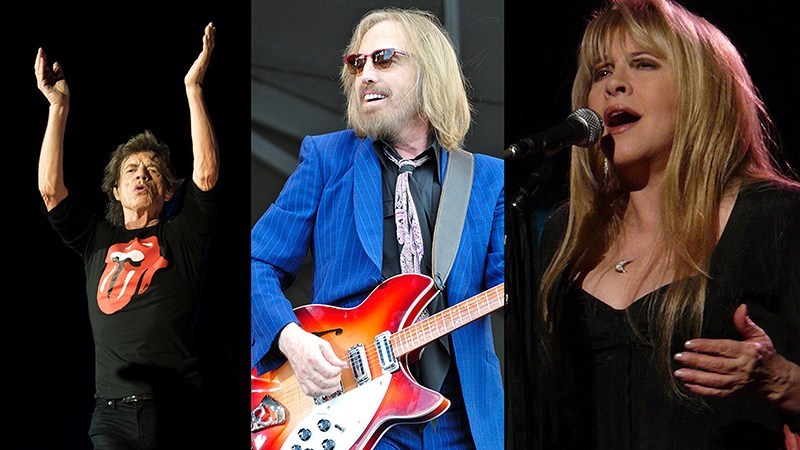 This New Year’s Eve, AXS TV invites you to rock around the clock with rock docs.

Beginning at Noon on Tuesday, Dec. 31, the music-lover’s network will be airing over 12 hours of concerts to send this decade out on a high note. Whether you’re craving a bit of country or want to enjoy performances from some of the biggest names in rock history, AXS TV has you covered from mid-day well into late-night. Here’s a look at the full schedule:

12pm ET – Rascal Flatts: Back To Us Tour – Live from Red Rocks

Although they’re one of the most honored groups in country music, Rascal Flatts hadn’t played Colorado’s iconic Red Rocks Amphitheater until 2018. For those of us who couldn’t make it, they captured the event for posterity with this live special.

In 2004, country music legend George Jones celebrated his 50th year in the music business with the help of over a dozen friends. Watch as Kenny Chesney, Randy Travis, Tanya Tucker, Vince Gill, Alan Jackson and many others pay tribute to The Possum.

With apologies to Against Me!, Tom Petty and the Heartbreakers are the greatest musical act to come out of Gainesville, FL. This 2013 concert finds Petty and his band returning to their hometown for a performance that showcases why they were widely considered among the greatest live bands of their generation.

Speaking of great live performers, this 2016 concert film captures The Rolling Stones’ playing in front of a half-million fans, the biggest concert in Cuba’s history at the time.

As the night hits its home-stretch, The Eagles take flight with back-to-back concert specials. First up is the band’s 2004 performance in Australia, which would end up being their final concert film with Glenn Frey before his death in 2016. Just after we ring in the new year, stick around for the band’s seminal 1994 reunion show, Hell Freezes Over.

If you’re still awake at 2am, reward yourself by tuning into this 2003 performance from one of the most popular bands of the ‘70s, Fleetwood Mac. Recorded at the FleetCenter during the band’s Say You Will Tour, this performance captures the band’s classic lineup in fine form.