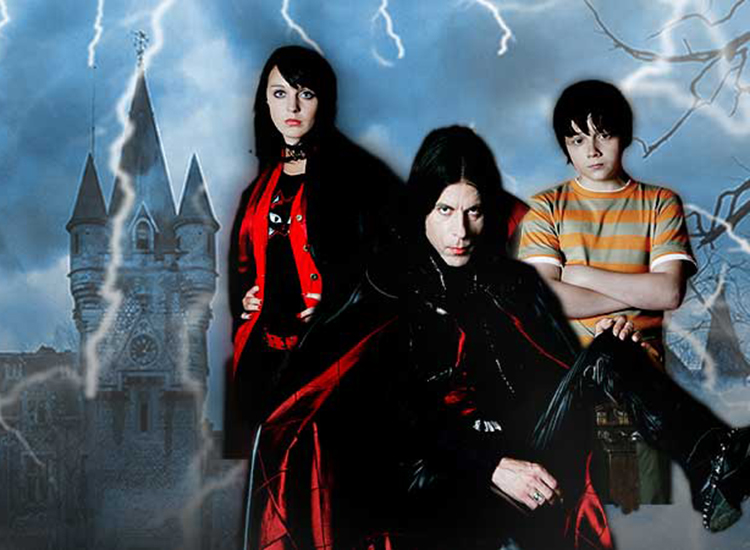 Halloween isn’t just about the scares — it’s also about having fun! This Halloween on Sling Free, we’re featuring a ton of kids shows and movies that the whole family can enjoy. Just click the show titles below or open up the Sling app on any supported device to start watching!

Sabrina Halloween episodes - Night Pests and Return of the Werewolf

Little Ghost - "A young girl’s ghost and a 12-year-old boy team up to wreak havoc on a movie set in an old Italian home."

One Dark Night - "A new sorority member has to spend a night in a mausoleum as her final test." (Rated PG — Geared towards teens).

Fairy King of Ar - "Two children try to free a colony of magical beings trapped in an old gold mine."

Young Dracula - The adventures of Dracula’s son and daughter are chronicled.

The Ghost Club - "Four youngsters discover that their local forest is haunted, so a girl devises a plan to capture the spirit."

Dinosaur Island - "A young boy finds a crystal that transports  him to a world of ghost ships and fantastic creatures. He meets a young girl and together they try to escape the island but encounter many other inconceivable obstacles."

pocket.watch will be airing a marathon of Halloween programming from 12 p.m. to 10 p.m. everyday, starting Tuesday October 27th, and running through Sunday November 1st. The Scream Stream will feature Halloween blocks from series including KidCity, Onyx Family, EvanTubeHD, HobbyKidsTV, and Challenge Squad.

Follow the link below to watch Sling Free right now!