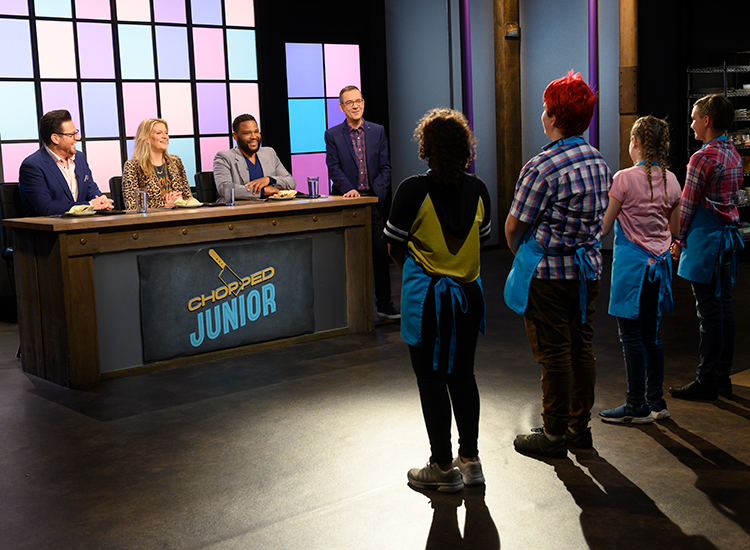 This week, we’re taking a look at our favorite dishes on Food Network’s Chopped Junior. These are our five favorites from Season 1, which is now available to watch for free on Sling!

When the basket of ingredients includes crab legs, mango pudding, husk cherries, and pasta sheets, I’m stumped as to how these chefs are going to manage. But Ally, who is from New York City, makes Sweet & Spicy Pappardelle with Mango & Crab Tomato Sauce. Can you say yum?! She talks a big talk and claims entrees are her ‘strong suit’ but her first attempt at Crab Ravioli is a bit of a fail. Quick on her feet, she switches it up to pappardelle, a large flat noodle. I think the move was genius, and the judges agreed. Ally, I’m going to need the recipe!

In the final round of this episode, the chefs are challenged to use a wide range of odd ingredients for their desserts — French fries, applesauce, passion fruit, and dehydrated cheese. 13-year-old Cameron opts for a berry tart with French fry-cheese crumble and mixed fruit sauce. It doesn’t come without a few mishaps along the way, though. Realizing he doesn’t have enough puff pastry, he quickly shifts to a graham cracker crust. Although Cameron admits he’s never made a tart before, you wouldn’t know it. Will it bring him the trophy and title of Chopped Junior champion? You’ll have to watch and find out.

Kobena creates a delectable Tofu & Gingerbread Fried Rice with Roasted Tomato Sauce for the appetizer round. He embraces his Ghanian heritage, he says, by adding bold spices like sriracha and orange juice, and my mouth is watering! In case you were wondering, the secret basket of ingredients is vegetable fried rice, oven-roasted tomatoes, firm tofu, and you guessed it, gingerbread cookie people. Even his arugula salad looks tasty. Can you believe this is only an appetizer? The judges are equally impressed, and he’s able to get through the first round with ease.

During the entree round, chefs must make a dish with chocolate cereal pine cones, a boneless leg of lamb, candy milkshake, and potato pancakes. Noah’s idea is to make pine cone-encrusted lamb with wilted spinach potato crumbs. He even cuts his finger during the round and has to get some medical assistance, but is still able to plate his exciting entree. The judges think the sauce is a little strong, but it just looks flavorful to me! They are, however, fans of the spinach potato crumble, but is it enough from keeping him from being eliminated? I think we’re all hoping so.

In the dessert round of this episode, the basket of secret ingredients include a cookie bouquet, horchata, quince paste (what?), and araucana eggs (also what?). With these wild ingredients, it’s hard to imagine what the chefs will put together. But Sean, from Los Angeles, has a pretty genius idea of making a horchata cake with cookie-flavored vanilla ice cream and quince sauce. He’s especially excited when his ice cream comes out perfectly, and boy does it look good! His plated creation looks to die for. Fingers crossed that it earns him the Chopped Junior championship.