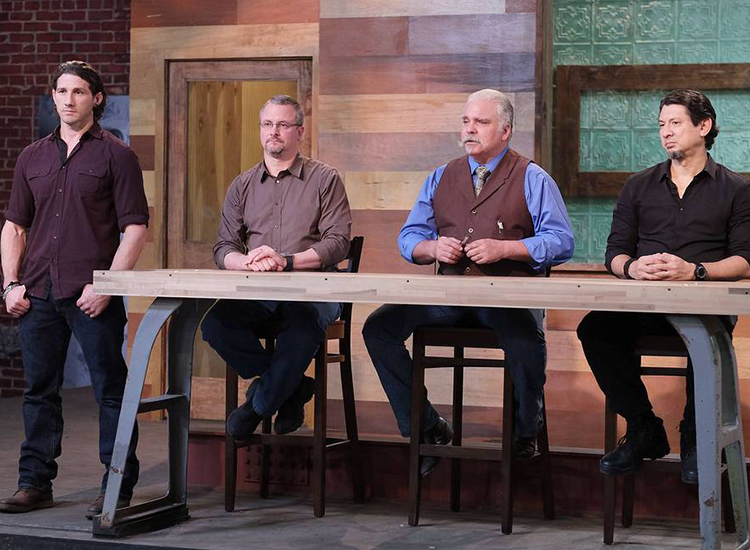 DVR Digest is a weekly column that highlights 10 hours of programming SLING subscribers can record to fill up their complimentary Cloud DVR Free service. Check out this week’s best picks below.

“In Big Time Bake, four bakers create cookies, cupcakes and a showpiece cake in six hours of nonstop competition. Host Buddy Valastro and guest judges visit each kitchen to taste and critique the bakers' creations while the clock continues to tick down. The winning baker gets to finally relax on a dream vacation of their choice.” - Food Network

“Duff Goldman and his team of decorators, designers and builders work around the clock to make epic, show-stopping cakes for milestone events and parties for their social media followers on Duff Takes the Cake. The team is then challenged with delivering these extra-special creations to a variety of venues and locations both on time and intact. In the season 2 premiere, Duff teams up with the nonprofit Magic Wheelchair to create a prehistoric Jurassic World-themed cake, complete with oozing lava and smoke, for two deserving kids and their families at Universal Studios.” - Food Network

“In Buried Worlds with Don Wildman, the iconic Travel Channel host takes his thirst for adventure into terrifying new territory to explore mankind's darkest mysteries. In his newest series, Wildman is on a mission of a more cryptic sort, heading to remote regions of Peru, Haiti, Bulgaria and beyond — visiting the dark chasms and caverns of the paranormal and supernatural, tracking alleged lingering ghosts, devilish demons, vampires and witches burned at the stake. His global quest to explore the world’s most terrifying mysteries will consist of seven hour-long episodes and a two-hour special event finale airing on Monday, July 27, at 8pm ET.” - Travel Channel

Forged in Fire: Beat the Judges

“It’s the most frequently asked question from fans of Forged in Fire—'When will we see bladesmiths compete against our judges?' Now, they are about to get their wish. In each episode, previous Forged in Fire Champions return to the forge for a once-in-a-lifetime opportunity—to square off against our renowned Forged in Fire Masters in the highest stakes forging competition yet!” - HISTORY

Design at Your Door

If you were under the impression that a home improvement show requires in-person, hands-on assitance...well, you might be right, but we’ll find out with the new HGTV show Design at Your Door. The network’s first show to be entirely self-shot during quarantine, Design at Your Door teams one of eight established HGTV designers — including David Bromstad from My Lottery Dream Home, Tiffany Brooks from HGTV Smart Home 2020, and Maureen McCormick and Eve Plumb from A Very Brady Renovation — with a family in need of a remodel. After their virtual consultation, the family receives everything they need to complete the redesign themselves. The show premieres with back-to-back episodes beginning at 9pm on Thursday, June 11.

“It's widely believed that supernatural entities feed off of fear, and the greater the fear, the more dangerous spirits become. Travel Channel's special four-part miniseries Ghost Adventures: Quarantine, tests the theory firsthand, as Zak Bagans, Aaron Goodwin, Jay Wasley and Billy Tolley quarantine themselves for two weeks inside Zak Bagans' Haunted Museum in Las Vegas. In a frightening expose filmed entirely by the guys without a production crew, the team - maintaining proper social distance practices amid the coronavirus pandemic - discover how heightened levels of fear in this unprecedented time impact the dark energies attached to the world’s most haunted objects. With no recent visitors to the museum due to the closure, Bagans and the team are the first people in weeks to encounter these powerful paranormal forces and face them head on. And in a highly anticipated moment, Bagans finally opens the infamous Dybbuk Box to investigate its sinister influence.” - Travel Channel

After finding success by adding celebrities to their already established home improvement formula on Celebrity IOU, HGTV is putting a fun new twist on House Hunters. Their new multi-part special House Hunters: Comedians on Couches features some of the best names in comedy — including Dan Levy, Natasha Leggero, Whitney Cummings, Eliot Glazer, John Mulaney, Chris Redd and J.B. Smoove — riffing on the people and properties featured in the original series. The show premieres with back-to-back episodes at 10pm on Thursday with more new episodes debuting next Tuesday through Thursday.

“A glimpse into the outrageous lives of Jane, Kat and Sutton, who are working at the nation's top women's magazine, Scarlet, while navigating their careers, identities and individual voices. This next generation of unapologetically fierce working women is primed to take on the world and smash the patriarchy — one selfie at a time.” - Freeform

“This 6-hour documentary series recalls one of the most thrilling races in history, between three icons, super powers and ideologies that came together to overcome a greater evil and achieve VE Day. Churchill, Roosevelt and Stalin find themselves in an uneasy alliance, fraught with power-struggles, false promises and deadly suspicions of each other. The series paints an in-depth picture of the race to power and victory during the war, to reach VE Day.” - HISTORY