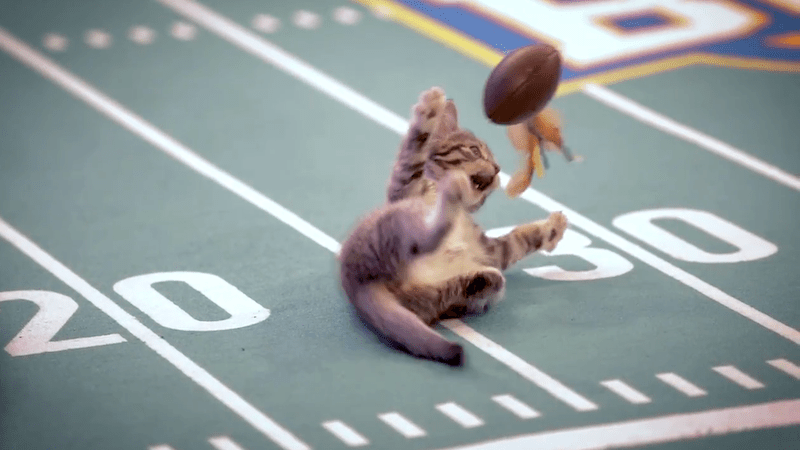 The Kitten Bowl is basically the Super Bowl, but with kittens instead of players, a complete lack of coherent rules, and slightly more scratching. Other than that, you can hardly tell the difference.

Beth Stern will once again be hosting this year’s Kitten Bowl, which doubles as a major adoption event; over 20,000 kittens and cats have been adopted since the Kitten Bowl began. For Stern, that’s the real aim of the competition.

“More adoptions!” Stern told Sling when we asked what she was most looking forward to from the Kitten Bowl. “Every year, we’ve surpassed the year before and we have 70 kitten parties going on,” during this year’s event, she said. Stern isn’t just encouraging others to adopt a fur baby; she told us that she and her husband — iconic radio personality Howard Stern — have fostered over 1,000 cats and kittens over the years.

Watch long enough and you will probably end up scoring a pet of your own. Unlike the real Big Game, everyone’s a winner at the Kitten Bowl.

Tune into Kitten Bowl VII on Feb. 2 at 2pm ET on Hallmark Channel and follow this link for more information about the event and how you can adopt.