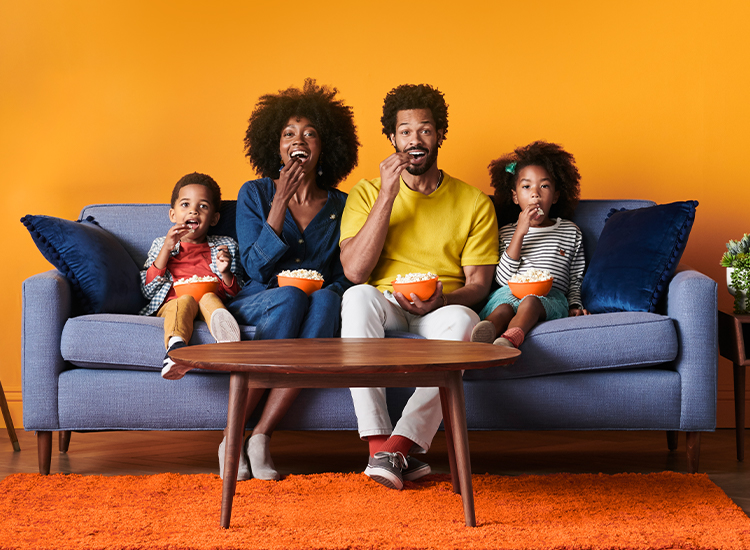 The bad news — especially for cosplayers — is that you can’t attend San Diego Comic-Con this year. The good news is that Comic-Con is coming to you.

With the coronavirus pandemic still raging, large gatherings like Comic-Con aren’t safe to attend. But rather than scrap the convention entirely, the good people behind the event are putting together a virtual version of the geek culture extravaganza. And it begins tomorrow.

Comic-Con@Home, as it’s being called, will feature dozens of panels with your favorite actors and creators discussing their upcoming shows and movies. These include numerous shows available on Sling that will be returning or premiering in the coming days, weeks, and months. So if you’re the type of person who's eager learn more about your favorite shows (and discover new ones), we’ve got you covered like a cosplayer dressed as Spider-Man.

Below, check out a list of all of the Comic-Con@Home content that will be available on Sling TV next week. As a special treat, we’ll be curating these panels, along with a handful of exclusive interviews, into a playlist called "At Home with The Con" under the “On Demand” section of the Sling app. So even if you miss virtual Comic-Con this year, we’ll still have plenty of content for you to enjoy, with or without a costume.

Wynonna Earp - “Showrunner Emily Andras and cast members Melanie Scrofano, Tim Rozon, Dominique Provost-Chalkley, Katherine Barrell, and Varun Saranga will talk about the highly anticipated 4th season, show off their best impressions, find out who knows who best, and even share a sneak peek of the season premiere episode!” - SYFY

SYFY Presents: Untold Tales of Todd McFarlane - “Comic-Con wouldn’t be Comic-Con without Todd McFarlane — the innovative artist and entrepreneur who is the subject of the brand new SYFY WIRE documentary film, Todd McFarlane: Like Hell I Won’t. McFarlane is the creative mastermind behind Spawn and some of Marvel Comics’ most famous characters, one of the founders of Image Comics and is known for (quite literally) breaking down barriers. To celebrate the documentary and these achievements, Marc Silvestri and J. Scott Campbell join McFarlane on a panel as they commend him on his contributions to the industry and have some fun roasting the man who essentially ‘raised hell’ to get where he is today.” - SYFY

TZGZ Adult Animated Originals - “Prepare to depart on a journey of animated bliss and get a first look at four new originals coming to TZGZ, SYFY’s late-night adult animation block! Take a magical 'trip' with the fantastically flustered High Wizard as he transports us into the zany worlds of each new show. Moderated by Baron Vaughn (SYFY WIRE’s The Great Debate), join the creators and celebrity voices of Wild Life, Hell Den, Magical Girl Friendship Squad and Devil May Care for an exclusive sneak peek at the future of late night animation on SYFY.” - SYFY

Bob's Burgers - Creator and executive producer Loren Bouchard will have a Q&A with the full cast and dish on the next season.

Family Guy  - In honor of the show’s 350th episode, there will be a virtual table read featuring the full cast along with executive producers Rich Appel, Alec Sulkin, and Kara Vallow.

The Simpsons - Writers Al Jean, Matt Selman, David Silverman, Carolyn Omine, and Mike B. Anderson open up about the challenges of developing The Simpsons season 32 while social distancing during the pandemic.

Superstore - The cast and executive producers will preview the cold open from the upcoming season and hold a fan Q&A.

The Blacklist - “The Blacklist executive producers and cast will be joined by animators from Proof, Inc. to discuss the challenge of completing the season after production was shut down due to the pandemic. The panelists will reveal the real issues behind the scenes in all aspects of producing a partially-animated episode such as character and background design, rapid script changes, unforeseen obstacles, and collaborating across several time zones in two continents.” - NBC